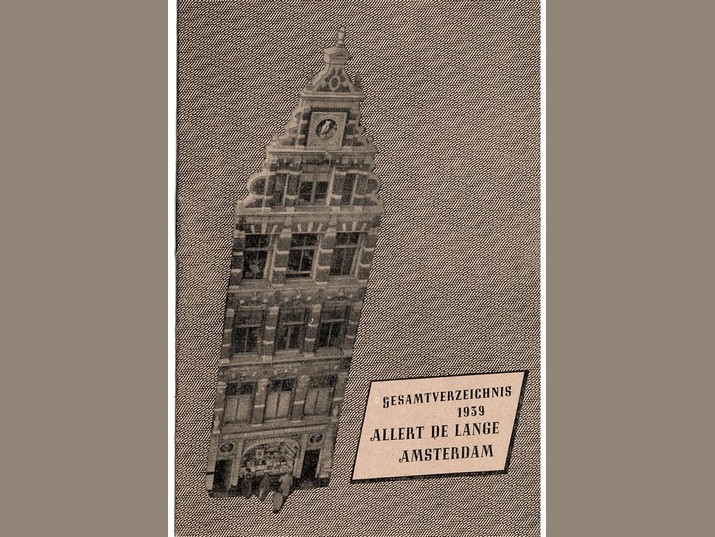 The catalogue of the German unit of Allert de Lange, 1939

On rising to power in January 1933, the Nazis immediately began implementing their ideas regarding “pure” German culture. Culture, according to the Nazis, including literature, left no room for the creativity of the works of humanists, democrats, Communists, and generally: Jews. Publishing works by Jews was completely prohibited, and beginning in the spring of 1933, supporters of the new regime gathered at many locations and burned all works that were not to their liking. Often, these works were the finest in German literary history.

​Writers suffered from the new situation from two aspects: not only did the Nazi regime pose a direct threat to their freedom and lives, but furthermore, the prohibition against their works obviated any possibility of earning a livelihood within the new political reality. German book stores were forced to destroy the undesired literature and publishers who had published books by Thomas Mann, Bertolt Brecht, Stefan Zweig, Else Lasker-Schüler, Joseph Roth and many others – sometimes with great success – were forced to adjust their sales policy to the dictates of the new era. Free and progressive literature suddenly became a rare commodity in German bookstores. The sale, purchase and even reading of such works became dangerous almost overnight.

Many authors sought political asylum and a place that would enable them to create in their genre. Many tried to flee to neighboring countries, while others continued on their way to America, Eretz-Israel or other places, if the authorities allowed them to do so. Between 1933 and 1940, the community of exiled authors in the pastoral town of Sanary-sur-Mer in the south of France was perhaps the largest and most interesting group of authors during the fascist regime, including an impressive group of writers in the German language. After finding refuge, the authors sought ways of publishing their books. This was no simple matter: the main country where the German language was spoken was no longer an option, such that at first glance, all that remained was the limited possibility of Austria and Switzerland. Publisher Emil Oprecht operated in Zurich and publishers Herbert Reichner and Bermann-Fischer in Vienna. And yet, already beginning in 1933, a number of new publishers established themselves in Holland, in the city of Amsterdam: Querido and the German unit of well-established publisher Allert de Lange, which was based in Amsterdam. 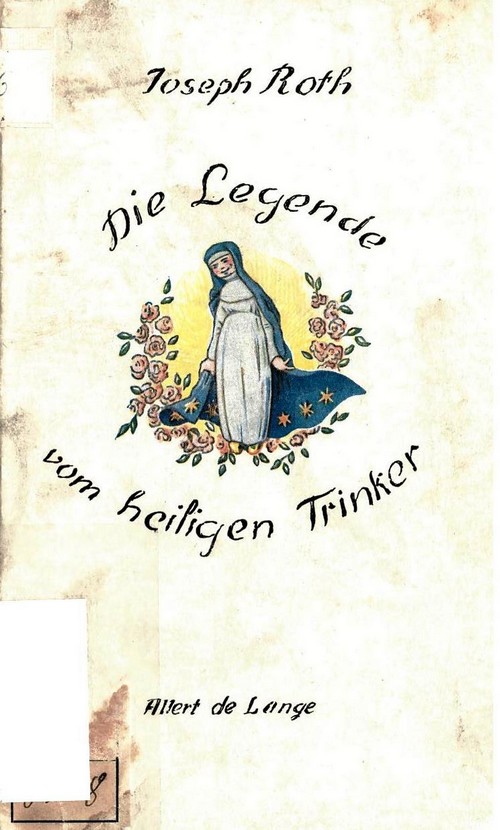 The two Dutch publishers worked on a relatively large scale until 1940, the year Holland was occupied by the Nazis, and published dozens of titles by German authors who were not prepared to compromise with the Nazis or could no longer publish in their homelands because they were Jewish. The Querido Publishing House had a clear left-wing orientation, while Allert de Lange took care to maintain a more “bourgeois” profile, although during the existence of the German unit, this publisher broadened the circle of authors it published. Allert de Lange’s German unit had two chief editors, both German-born Jews: Walter Landauer (1902-1944) and Hermann Kesten (1900-1996). Until 1933, both had been staff editors with German publisher Gustav Kiepenheuer. Thanks to their tremendous experience, the two managed within a short time to achieve great success in the publication of the German authors. The list of writers is quite impressive: Bertolt Brecht, Max Brod, Joseph Roth, Shalom Asch, Stefan Zweig and Sigmund Freud were surely the most popular among them, and ensured that there would be many readers, though almost all of them were outside of Germany. The growing stream of Jewish refugees from Germany who found temporary asylum in Holland formed a local clientele for books printed in Holland. The list of books published in German by Allert de Lange from 1939 is most impressive and is testimony to the fact that the best of German literature found a suitable site for publication – in Holland, of all places.

The editions of the German unit at Allert de Lange publishers were tastefully designed. For example, the editions of Joseph Roth’s last book, The Legend of the Holy Drinker (Die Legende vom heiligen Trinker) is striking in its simple and elegant design. Paradoxically, the Nazi ideologues also purchased the books of the Dutch publisher, as can be seen in the copy of the book in the National Library’s collection: it bears the stamp and item serial number of the library of the Third Reich Institute for New German History (Reichsinstitut für die Geschichte des neuen Deutschland) in Berlin.

After the German invasion of Holland in May 1940, the publisher’s German unit was closed, as was the parallel company, Querido. The book warehouses were partially destroyed and the staff was forced to flee or be arrested. One of the chief editors, Walter Landauer, was murdered during the Holocaust.
For many years, the German “exilic literature” has been considered the most interesting German literature of the 20th century, and has attracted the attention of many scholars. The books produced during those years and under the special circumstances that prevailed at the time, are testimony to the free and democratic spirit that was crudely cast out of Germany by the Nazis from 1933 to 1945, but which continued to exist and thrive outside of its borders.