Divided Germany, relations with Israel and the reunification of Germany

Home > Germany the Jews and Israel > Divided Germany, relations with Israel and the reunification of Germany
Diaspora

The partitioning of Germany into occupied areas was, in effect, the beginning of the political division of the state which endured until 1989. Each of the Allied powers advanced its interests in the area under its control 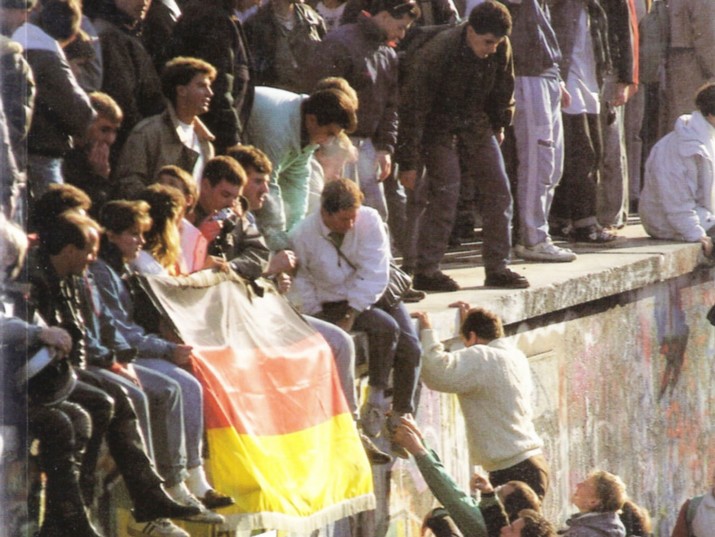 As a result of World War II, not only were many countries in Europe and elsewhere in the world destroyed and their residents murdered by the German Army, but in response to the activities of the Wehrmacht, the SS and other units in occupied countries, dozens of cities in Germany itself were bombed, entire neighborhoods destroyed, and large numbers of civilians killed. The winds of war sowed destruction.

For the first time since the days of Napoleon, Germany became an occupied country. Its territory was divided into four occupied areas, with the British in the Northwest, the Soviets in the East, the Americans in the Southwest, and the French in the West. With the military surrender, the German government ceased to function. Hitler, Goebbels, Himmler and later, also Goering, committed suicide. The remaining Nazi leaders were arrested or changed their identities and tried to flee. Very quickly, many Germans from the ranks of Nazi rule became “victims” who ostensibly knew nothing about the deeds of the German soldiers in the occupied countries, and certainly nothing regarding the murder of European Jewry in the Holocaust. Taking responsibility was not a high priority. Most German civilians were occupied with obtaining food and essential products, and rebuilding what had been destroyed as a result of the extensive bombing throughout the war. Holocaust survivors and freed concentration camp prisoners tried finding a new direction in life. Tens of thousands of Jews, a large portion of them refugees from the East, took refuge in displaced persons camps established in the western occupied areas. Millions of German refugees who had been deported from areas in East Germany tried to find housing and employment, and were not always kindly accepted by local residents.

The partitioning of Germany into occupied areas was, in effect, the beginning of the political division of the state which endured until 1989. Each of the Allied powers advanced its interests in the area under its control. Very quickly, it became clear that Josef Stalin in Moscow had different ideas and intentions than the leaders of Britain, France and the United States. The conflict of interest grew worse over the years, and as a result, in 1949, two German countries were established: The Federal Republic in the West, and the Democratic Republic in the East. The so-called “Democratic Republic” turned out to be democratic in name only, never fully implementing the rules of democracy. The leadership of the Soviet Union ensured the founding of a socialist community country in the East, after expanding Poland hundreds of kilometers to the West, such that Germany lost vast swaths of its territory. The Allied powers subsidized the territories under their control, and supported the development of a democratic government in the western part of Germany. As a result, beginning in the 1950s, the West German economy recovered and began once again to flourish. Large portions of East Germany’s industry were dismantled by the Russians and transferred to the Soviet Union as reparations, such that from the outset there was no economic parity between the two Germanys. Later, the rules of communist economics also failed to advance East Germany’s development.

The political partition was also reflected in the approach of the two countries towards the State of Israel. Until 1989, the year when East Germany ceased to exist, it did not recognize the State of Israel. West Germany, in contrast, began negotiations with Jewish representatives and the State of Israel regarding reparations for Holocaust victims, a concept that was unacceptable to portions of both the Israeli and German populations, though for different reasons. In Israel, many people opposed any kind of contact with Germany, and were not prepared to receive money as compensation for genocide. In contrast, Nazi supporters (who remained in Germany after 1945) were opposed to giving “gifts” to the Jews. Despite the difficulties, the Reparations Agreement between Israel and West Germany was signed in 1952 in Luxemburg. Following the agreement, additional steps were taken in the economic realm, and in 1960, Israeli Prime Minister David Ben Gurion met with West German Chancellor Konrad Adenauer in New York.

The 1960s saw many changes and developments. In 1961, the partitioning of Germany became more pronounced due to the construction of the Berlin Wall between East and West Berlin, as well as the construction of a border fence between East and West Germany. In both Israel and Germany, notable members of the Nazi leadership were tried and convicted. The Eichmann Trial in Israel and the Auschwitz Trial in West Germany were both followed very closely by the media and international community. In 1965, the governments of Israel and West Germany finalized the decision to initiate diplomatic relations. Later, additional informal steps were taken to bring the countries closer, including translation of German literary works into Hebrew, and vice versa. In the 1970s, West German society was rocked by terror attacks perpetrated by groups on the radical left. These terrorist groups collaborated with Palestinian political and terror organizations. The terror attack against Israeli athletes at the 1972 Olympic Games in Munich, as well as the hijacking of airplanes (the Air France jet that was the focus of Operation Entebbe was hijacked by both Palestinian and German terrorists) were a manifestation of this state of affairs. During these years, young German volunteers also began coming to Israel to volunteer on kibbutzim, in order to get to know Israel and its residents.

In the 1980s, the two Germanys grew closer to one another, and the Communist government in the East was weakened both economically and ideologically. In the autumn of 1989, flight of citizens to the West and mass demonstrations led to the collapse of the Communist government, and ultimately to the fall of the Berlin Wall, which took place on November 9. Alongside this historical development, similar changes occurred in almost all of the Communist bloc countries, completely changing the face of Europe. A year later, the two countries were united into today’s Federal Republic of Germany.