A Letter from Wolfgang Amadeus Mozart to His Wife Constanze

The intimate letter, written in 1790, a year before Mozart's death, offers a glimpse into the lavish lifestyle of the legendary composer 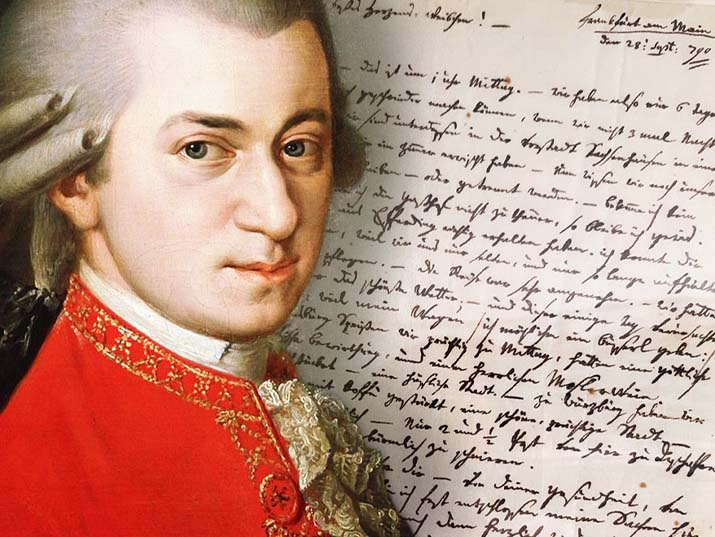 It wasn’t easy being a late 18th-century celebrity superstar…

Despite his copious amounts of talent and fame, the composer Wolfgang Amadeus Mozart was in constant pursuit of financial resources, which could help him fund the costly lifestyle he had grown accustomed to. During the later years of his tragically short life, he traveled to numerous locations across central Europe, performing concerts in the hopes of receiving generous payments, as well as further invitations to still more performances and events.

In September 1790, only a year before his early death, Mozart traveled from Vienna to Frankfurt am Main at his own expense to a most special event he could not afford to miss: the coronation of the new German Emperor Leopold II. After arriving in the city, he wrote a letter to his wife Constanze describing his journey, which took him ‘only’ six days. Frankfurt and its suburbs were fairly crowded: “We are happy that we were able to get a room”, he wrote in his letter.

The letter provides insight into Mozart’s impressions of the trip, which passed through a number of cities on the way. These include the composer’s delight at his comfortable carriage (“I’d love to give it a kiss”), the wonderful food in Regensburg – “we had a splendid lunch, godlike table music, an English waiter and a fantastic Moselle wine”, as well as the coffee in Wurzburg. He was less impressed, however, with Nuremberg – “an ugly city” – and he was convinced that the inn-keeper in Aschaffenburg had cheated him.

In contrast to these details concerning his lavish lifestyle, Mozart did not write much about the actual purpose of his travel, which was the concert he gave on the occasion of the coronation. He did not refer to the event, nor to the program (the famous “Coronation Concerto”). He simply wrote: “I am determined to do my work in the best possible way”, before finishing his letter with financial matters. If not for Mozart’s signature at the bottom, it would completely lack any indication that it was written by one of history’s greatest composers.