To Have and to Hold: The Wedding Between Children and the Torah

At the start of their studies, children in Morocco went through a symbolic wedding ceremony to bond them forever with the Torah 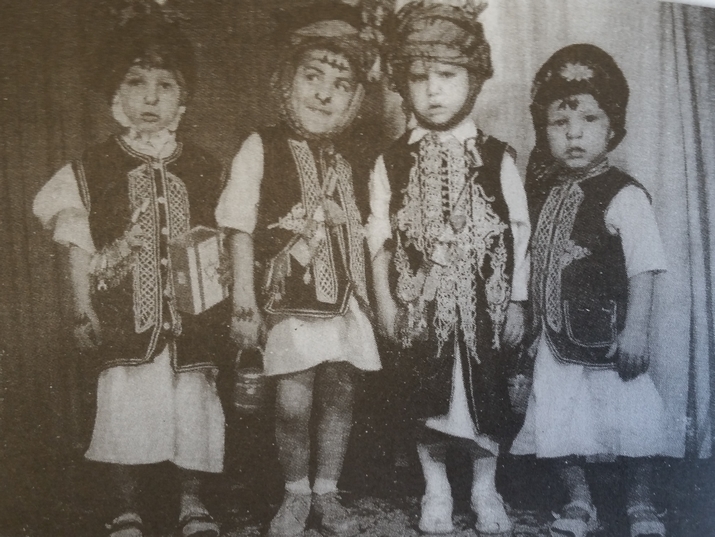 Throughout the generations, Jewish communities in the Diaspora have recognized the same historical truth that is quickly learned by all young parents: the first day of school is both exciting and a bit stressful.

Jewish communities across the world have developed their own ways of facilitating the start of Torah learning for young children when they begin their studies in Heder (Jewish school). At the southern tip of the Sahara Desert, in a region of Morocco called Tafilalt, one of the most interesting and special traditions of welcoming children to their studies in Heder was preserved until the 20th century.

The second main event in a child’s life of every Jewish boy, after of course, his birth and Brit Milah (ritual circumcision), was an event called “Liktahb,” a term that means “entry to Heder,” in English. This central event in the child’s life is marked with a grand ceremony modeled after the mock wedding described in the Talmud that symbolically ties the youth to the Torah.

Every traditional Jewish wedding requires the participation of a bride and a groom- this was also the case in the ceremony held by the Jewish community in Tafilalt. The groom, just five years old, beginning his studies in Heder, was matched with a bride around the same age and they were joined together in a symbolic wedding ceremony.

This unique ceremony had interesting variations within the Sephardic community. There were those who held a parade for the children down to the local river where each of the bridegrooms would throw an apple into the waters and there were those who would invite the bride’s family for dinner the night before the ceremony to eat a special, traditional dish. Some even held a special ceremony in their local synagogues that is typically reserved for a groom on the Shabbat before his wedding.