These miniature prayer books were designed to be small enough to fit in the traveler’s pocket so they could be taken along for journeys across the sea. 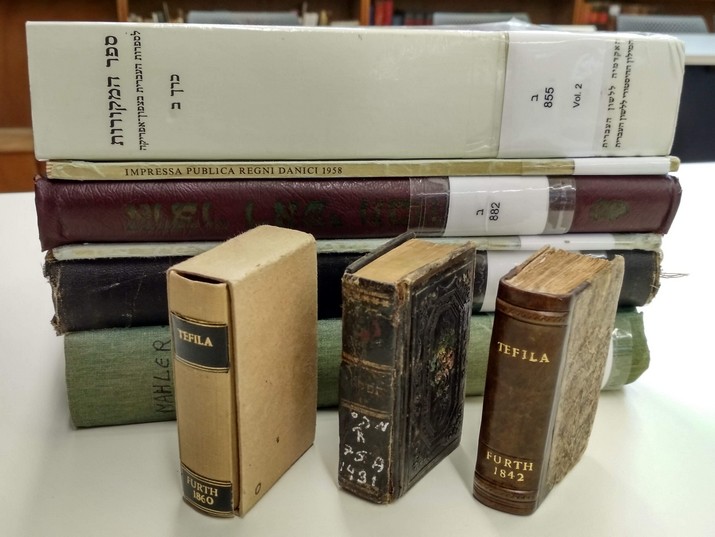 A century before the Holocaust would destroy large percentages of the Jewish communities of Europe, long before even the First World War, Jewish migration from Europe to the West was already underway. From the 1820s through the 1880s, approximately 150,000 Jews immigrated to the United States from European countries. In the 1840s, German Jews, in particular, began to leave their home country in waves in search of a better life in “The Goldene Medina” (“The Golden Country”) of America. 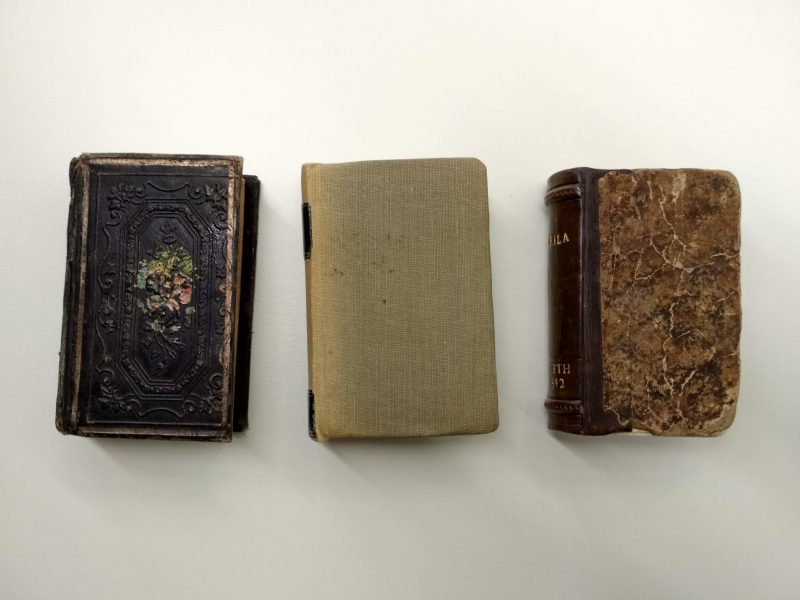 Jews in Germany at that time were facing many hardships including persecution, restrictive laws and economic struggle as industrialization and modern improvements eliminated the need for several standard Jewish professions. The Jewish community was forced to take a hard look at their social status and many recognized that, if they hoped for a better future, they would need to look for it in another country.

These German Jews took with them their culture and their heritage on their long and arduous journey across the ocean – including the traditional prayers, chanted by the Jewish people for centuries. In fact, the National Library of Israel holds several rare payer books from this time period of Jewish migration. 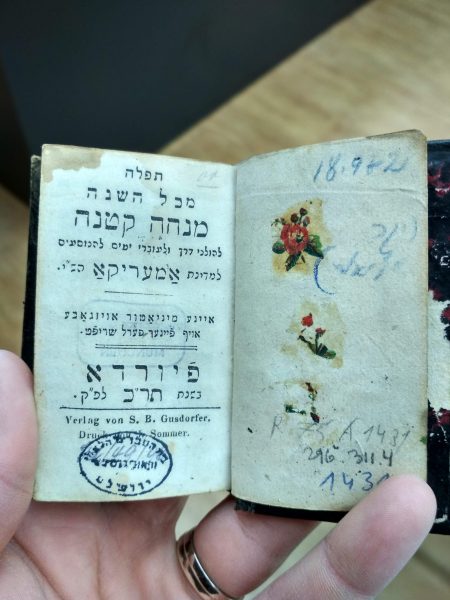 In the 1840s, the S. B. Gusdorfer and Zuerndorffer & Sommer publishing houses in Fürth, Germany, began printing new prayer books (siddurim) intended specifically for these immigrants. What made the books unique was their size, as the siddurim contained all the required prayers for every day of the year, but the books themselves were easy-to-carry miniature versions of the standard full-sized prayer books used in everyday prayer services. 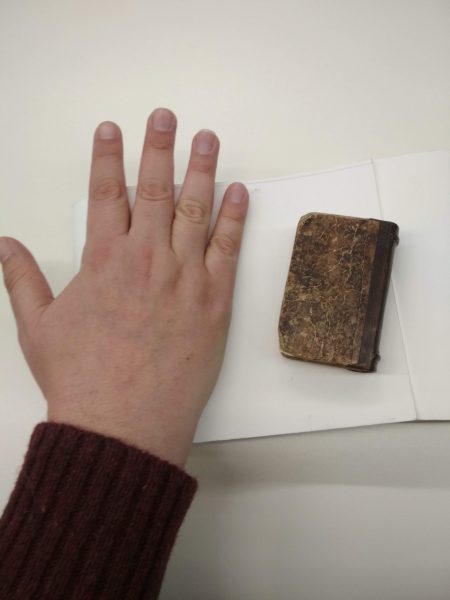 Each of these books is smaller than a fist, intended to be carried in the pocket of a traveler who was heading out on a long journey. The cover page of the siddur reads, “Prayers for the entire year, for those on a journey and those crossing the sea and for those traveling to the country of America” in Yiddish. The books contained everyday prayer services as well as prayers for Shabbat, the various festivals, the High Holidays, and of course, the wayfarer’s prayer, a supplication read by travelers embarking on a long journey. 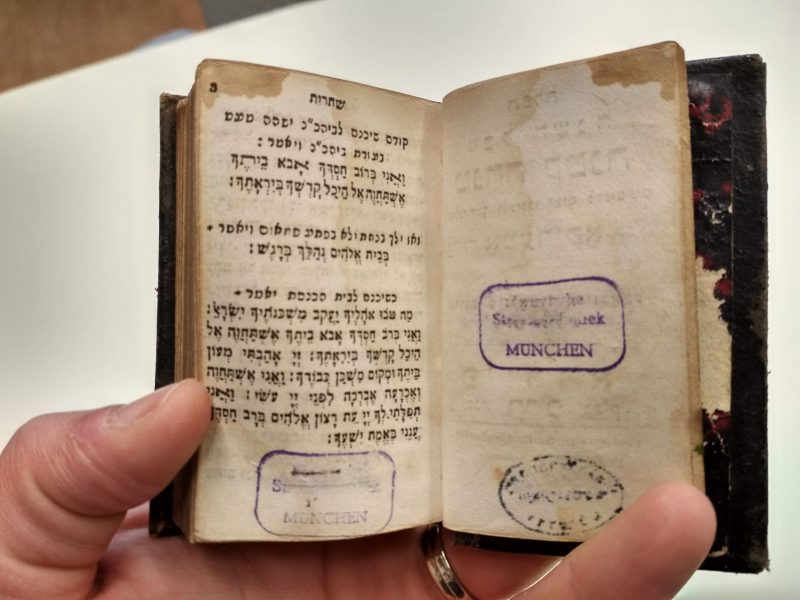 It seems that these miniature books were somewhat popular as the publishing houses printed multiple editions over the years. The National Library holds copies printed in 1842, 1854 and 1860. These books are considered to be very rare as many of them were either worn out from use by their owners on their journeys and in some cases they did not survive the trip at all.