The Jew Who Fought Against the Censors of the Inquisition

From a rare Jewish-Italian manuscript: An outraged letter from the Jews of Ferrara to the Inquisition authorities requesting they stop censoring their printed books. 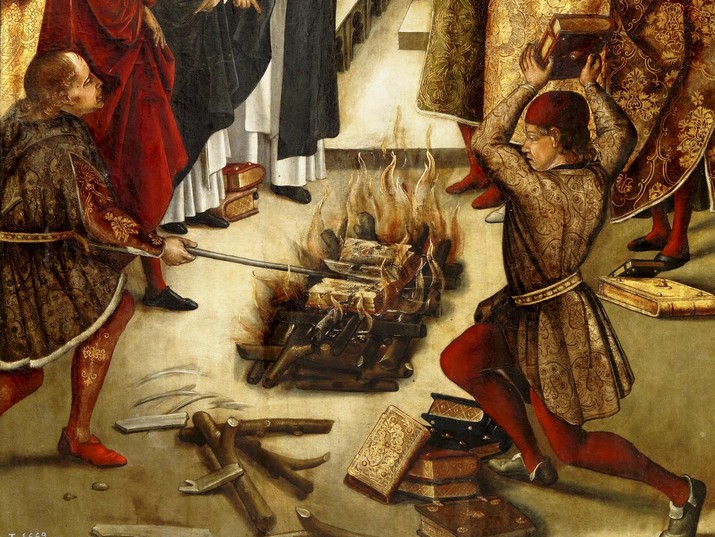 Throughout the Middle Ages and well into the modern era, many Christians questioned what their attitude to the extensive wealth of Jewish literature should be. Should the entire genre of holy works (led by the Talmud) be regarded as a group of subversive texts which eternalize the lies at the basis of the Jewish faith, or on the contrary – as works which prove (through tiny details of Rabbinic distortions) the undeniable truth of the Christian Gospel? And what about the negative remarks about Christianity in the Talmud? Whether they were fond of or hated Jews themselves the answers provided by Christian philosophers and the Papal establishment varied.

The development of the Hebrew printing industry, which lagged several decades behind the Christian printing industry, made this complex question more urgent, as thousands of copies of any Jewish text could now be circulated. During the first eighty years of the Hebrew printing press, steps were occasionally taken to censor or supervise this flourishing industry, but the intimidating presence of official censors had yet to appear. It was only in the mid-16th century, as part of the Catholic Church’s re-organization in response to the Protestant reformation, a years-long process known as the “Counter-Reformation,” that the Catholic establishment finally began to examine Hebrew literature, aiming to correct “past injustices” or perhaps simply erase them altogether.

The institutionalized supervision of the Hebrew book was done through several concurrent channels; the mass public burning of holy books is the most famous, but there were also other, less sensational, methods. The general tone dictated by the Catholic establishment was set by a special index of books whose publication was forbidden, to which subversive works were added or removed from time to time. Alongside these lists of books – most of which were not even Jewish – an extensive censorship industry developed. This was a sub-industry within the printing industry which thoroughly and systematically deliberated about the content of the works allowed to be published, supervised their printing, sometimes erased or censored forbidden paragraphs, and occasionally insisted on making changes to the text.

During periods in which the Catholic establishment took a more liberal approach to its Jews and their culture, channels of communication were opened up between representatives of the Jewish communities and the Inquisition, which was responsible (in most of the Catholic world) for censoring the books. An Italian manuscript recently purchased by the Library, dated to the late 16th century/early 17th century provides an example of such a channel.

This manuscript, A General Response to the Desecration of Sanctity in the Hebrew Books, is a defense of the Jewish books that were censored and confiscated by censors on behalf of the Inquisition in Italy. The response is firm and detailed, a thorough and methodical refutation of the many claims that despicable attacks against Christianity are scattered throughout the Hebrew books printed in Ferrara.

The letter of defense’s author is unknown, but it was clearly written by a representative of bodies within the Ferrara Jewish community. Throughout the manuscript, the writer shows himself to be fluent in Italian, the language in which the majority of the manuscript is written, as well as in Hebrew, in which he brings quotes and excerpts from the Jewish books he is defending in the left-hand margins of the text.

At the beginning of the manuscript, the author explains the significance of common Hebrew words which are interpreted by the censor as denigrating Christianity and its leaders. For example, regarding the word “Notzrim”, usually meant to refer to “Christians”, the author explains that in a particular case this word is used to refer to the biblical nation of Edom. The word “Goyim” [Gentiles], the author continues, does not refer to Christian people, but to the Gentile nations, idolaters who surrounded the Jews in the Land of Israel. Later, the author puts forth his ultimate argument counterring the claims of the censors, explaining that the Jews have a halachic obligation to pray for the welfare of the monarch and the nations they dwell among.

After presenting all the details we are aware of, though they are few, we are left with a challenge. The manuscript now rests on a shelf in the National Library of Israel dedicated to rare finds. It awaits a researcher who will pick up the gauntlet, examine the findings and provide us with more concrete details about this curious manuscript, and the complex triangular relationship it reveals – the censor, the Jewish community, and the Inquisition authorities.