Marcel Reich-Ranicki and the German Literature

Reich-Ranicki (1920-2013), a Polish-born Jew and Holocaust survivor, was the preeminent authority in modern literary criticism in Germany 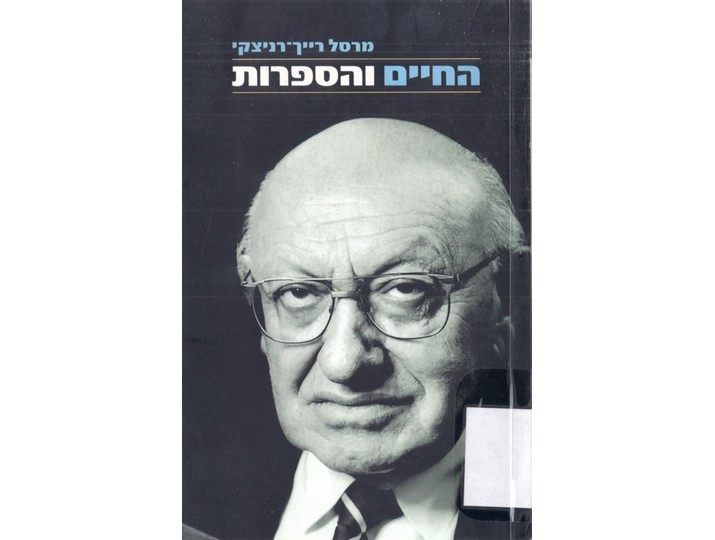 Who was Marcel Reich-Ranicki? It’s reasonable to assume that many Israelis have never heard of him. In Germany, his name is very well known, mainly among lovers of literature. Reich-Ranicki (1920-2013), a Polish-born Jew and Holocaust survivor, was the preeminent authority in modern literary criticism in Germany. For many years, Germans knew him by the epithet “The Pope of literature.” Although his autobiography was also translated into Hebrew (Life and Literature, 2004), much remains to be known about his fascinating life and public role as the most highly-regarded literary critic in West Germany over many decades.

Reich-Ranicki grew up in his native Poland until age 9, after which he was sent to live with relatives in Berlin. There he studied in the last schools to maintain a liberal character (despite the anti-Semitism raging in Nazi Germany) and even completed his matriculation in 1938. However, by that period, as a Jew, he was already denied the opportunity to continue his studies at a German university. During the deportation from Germany in 1938 of Jews who held Polish citizenship, he, too, was deported to his country of birth. Reich-Ranicki spent the Holocaust in the Warsaw Ghetto, but together with his wife, he succeeded in evading a certain death. Thanks to the assistance of a Polish citizen who helped them, the two were able to remain alive.

After Poland’s liberation from the Nazis, Reich-Ranicki joined the public service in Poland, served briefly as a diplomat in London, and even worked for the Polish secret security services. With time, however, he began clashing with the Communist regime, which in the early the 1950s was characterized by a certain degree of anti-Semitism. In 1958, after a number of years during which he was employed as an editor of German literature for a Polish publisher and by a Polish radio station, Reich-Ranicki decided to flee communist Poland and begin a new life in West Germany, of all places.

Shortly after his move, Reich-Ranicki found his niche as a literary critic, first for the newspaper Die Zeit (1960-1973), and afterwards as the director of the literary section of the prestigious newspaper Frankfurter Allgemeine Zeitung (1973-1988). In both papers he was given the privilege of choosing on which works and authors to write critical reviews, according to his discretion and preferences. In this role, Reich-Ranicki published many book reviews and offered a stage to young German authors who transformed the literary style in Germany after World War II, such as Wolfgang Koeppen, Thomas Bernhard and Heinrich Böll. From 1988-2001, he hosted a television program, “The Literary Quartet,” in which he presented literary works and writers, together with other expert guests. In this manner, Reich-Ranicki exposed a broad audience to new works, keeping literature in the spotlight of public discourse. The program was very popular and proved that cultural content can be conveyed at a high level to broad audiences through television. Reich-Ranicki’s views were not always accepted by the writers and their readerships, but they had a strong influence on the success of books and writers. In addition, Reich-Ranicki published literary anthologies, essentially compilations of a “canon,” featuring the best of German literature that was in his opinion worth of becoming part of Germany’s literary heritage.

Reich-Ranicki visited Israel several times and was in contact with outstanding Israeli intellectuals, such as the scholar of Jewish mysticism Gershom Scholem. The Scholem Archive, maintained at the National Library, contains a number of letters sent by Reich-Ranicki to his Jerusalem acquaintance. In one of them, from 1967, Reich-Ranicki invited Scholem to contribute an article about the character and work of German author Heinrich Böll (later to win the Nobel Prize in literature). Reich-Ranicki intended to publish a collection of articles about the author, whom he held in high esteem, and thought it befitting to also include an article by Scholem. It would be very interesting to know why the editor of the planned collection on Böll deemed it important to include the opinions of the scholar of mysticism, but the mystery, for the meantime, remains unsolved. Undoubtedly, Gershom Scholem asked himself this very question, and subsequently declined the offer to contribute a text. The book was indeed published a year later, but without a contribution from the Jerusalem scholar.