Kästner sympathized with the Zionist idea and even visited Israel a number of times. Some of his books were translated into Hebrew already in the 1930s 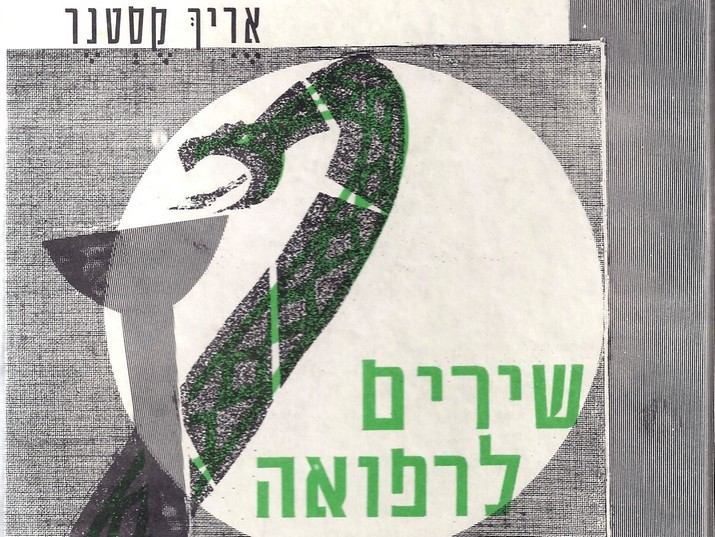 ​For decades, German author Erich Kästner (1899-1974) was one of the best-known German authors in Israel. His international acclaim – his children’s books have been translated into over 40 languages – also reached Israel. His books Lottie and Lisa, Dot and Anton, The 35th of May, and others, met with a large, enthusiastic audience: Hebrew readers, young and old. Due to the sensitive nature of all matters pertaining to Germany, in most of the early translations to Hebrew, names of both the characters and places were changed. Locations in Germany were moved or assigned Hebrew names that transported them far from the geographic reality. Only the new translations by Michael Dak reinstated the original names and places.

In the days of the Weimar Republic, Erich Kästner worked as a journalist and even wrote poems and prose (for example, Fabian, a novel in fragments). His works were burned in 1933, when the Nazis destroyed many books that were not to their liking or whose authors were Jews. Despite the political situation, Kästner remained in Germany during all the years of the Third Reich, but published his books only in Switzerland. The Nazis arrested him a number of times, and in 1943, banned all of his publications, even outside of Germany. After War War II, the author resumed writing in newspapers and continued authoring children’s novels (such as Lottie and Lisa, 1949). Kästner sympathized with the Zionist idea and even visited Israel a number of times. Some of his books were translated into Hebrew already in the 1930s.

Erich Kästner’s works, however, are not limited to children’s books and a few adult novels. Kästner wrote poetry, and also appealed to the general public with the hope that they would read his poems not only on special occasions, but on a daily basis. One example are Doctor Erich Kästner’s Lyrical Medicine Chest, which was published in 1936 by the Atrium Press in Zurich. In this volume, Kästner wanted to provide his readers poems that are suitable to various moods of the soul whose remedies, according to the poet, are humor, anger, apathy, irony, reflection and exaggeration. Kästner viewed these poems as “homeopathic home remedies” for personal use. Kästner even added a user’s guide of sorts that explains which poems should be read for which mood. Here, the reader finds terms such as old age, loneliness, laziness, insensitivity, illness, dreams and more. This collection of poems was very popular among readers, and was even partially translated into Hebrew in a handsome edition published in 1965 by the art press Ekked, but omitting the poet’s “instructions”. Kästner’s poems were translated by Yehudah Ofan, interspersed with drawings by Chaim Nahor. Yonah Coleman created specially-designed font for the poem texts and the books were published on exclusive light-brown paper.

It may be that it is only a coincidence that this translation was published in 1965, the first year of diplomatic relations between Israel and Germany, but it is also possible that this choice of the poems of Erich Kästner, well-liked in Israel, was intended to acquaint the Israeli readership with an additional aspect of German literature, and in this case, even poetry filled with irony and humor, but that is also thoughtful and deep.