Immigration on Agenda as Top Figures Gather in Jerusalem

Third gathering of the Global Forum of the National Library of Israel to focus on immigration, borders and identity — in Jewish, Israeli and universal contexts 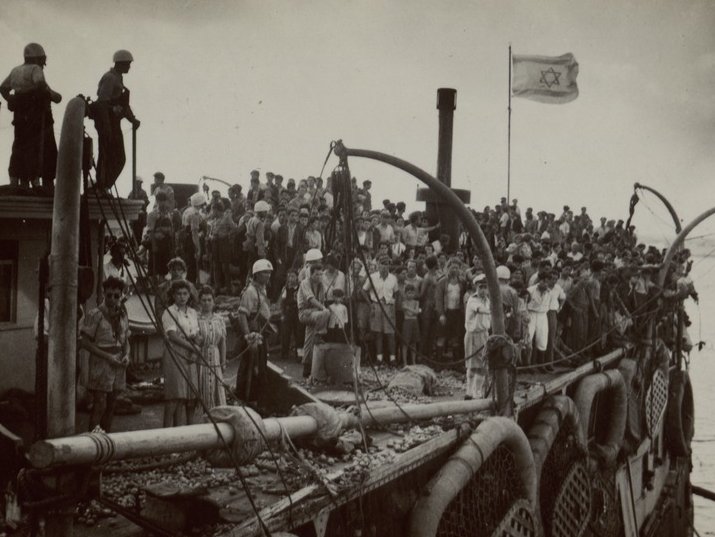 Arrival of the Exodus, 1947, photo: Keren HaYesod, from the National Library of Israel Photograph Collections

On March 17-19, some 80 prominent figures from Israel and around the world will gather in Jerusalem for the third meeting of the Global Forum of the National Library of Israel to discuss this year’s topic, “Migration-Borders-Identity.” Conversations will address universal cultural, sociopolitical and philosophical issues, as well as their specific Jewish, Israeli and Zionist dimensions.

Though libraries are generally associated with enforced utter silence, this is not the case with the National Library in Jerusalem, which serves as the collective memory of the Jewish people worldwide and Israelis of all backgrounds and faiths.

Now in the midst of a transformative renewal, the 125-year-old institution is opening access to the cultural treasures of Israel and the Jewish world as never before – in person and online – serving as a cutting-edge global center at the forefront of knowledge dissemination and cultural creativity. The stunning new National Library campus, now under construction between the Knesset and the Israel Museum, will serve as the clearest manifestation of this renewal.

“Traditionally Jews studied in noisy environments, as opposed to the traditional librarian demanding complete silence. We need to find the balance between the two,” says National Library of Israel chairman David Blumberg.

The bi-annual Global Forum gathering is one way this delicate balance is found, and a central element of the National Library’s renewal. The Forum serves as a singular platform for contemporary discussions inspired by the Jewish, Israeli and universal intellectual traditions embodied by the National Library’s collections, values, and vision.

In this context, the current gathering will address pressing questions relating to the challenges and opportunities posed by human migration: Which factors lead immigration to strengthen cultural development as opposed to eroding it? What justifies decisions about who is permitted and who is refused to cross borders? What are the implications of migration on international world order and the political stability of countries? How have personal experiences related to migration influenced the work of prominent authors? How have the Jewish people’s wanderings influenced and shaped their fate, identities, and values throughout the generations? How do Israeli elected officials view the dilemmas of refugees and infiltrators to which they must respond?

The chairman of the Global Forum is Prof. Moshe Halbertal, renowned scholar and co-author of the Israel Defense Forces code of ethics. Ninth president of the State of Israel Shimon Peres served as the Global Forum’s founding honorary chairman.