The Christian Who Set the Talmud’s Layout

Whether it is in school, yeshiva or university, the Gemara (Talmud) page looks exactly the same: Gemara text in middle, and Rashi and Tosafot commentary in both sides. 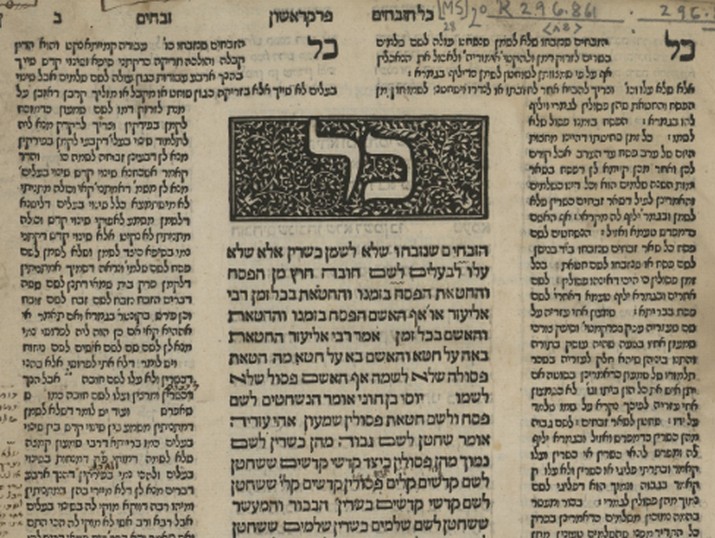 The Gemara page (Daf) is recognizable to all students of the Talmud, whether the student is in school, yeshiva, or university. The Daf, structured with the Gemara in the center of the page, Rashi’s commentary in the interior section, and the Tosafot (lit. addendums, an important set of medieval commentaries) in the exterior section.

This page layout makes good sense, because it allows the student to move from the text in the center, to Rashi in order to understand the issue presented in the Daf, and to the Tosafot. This is the way the Talmud is printed and it seems as though it had always been this way, since the dawn of Jewish study.

Surprisingly, this structure was actually set by a Catholic printer in 16th century Venice.

Prior to the invention of the printing press, books were written and copied by hand, so each copy was laid out differently from every other one. Often the text and commentaries were written in separate manuscripts, which required maneuvering between several books and documents.

With the onset of the printing press, the Talmud also appeared in printed form. Different printed editions were laid out differently and included different commentaries. An edition from Guadalajara in 1482, for example, included Rashi but no Tosafot.

In the early 16th century, Venice became the center of printing books, but Jews were not permitted to own their own printing presses. Gentile printers would publish Hebrew and Jewish works, because they hoped to make money by selling books to Jews. In addition, renaissance culture encouraged Christian readers to return to ancient sources – including Hebrew sources – thereby creating a Christian market for Hebrew texts.

Between 1519-1523, a Christian Printer from Antwerp who had settled in Venice, Daniel Bomberg, working together with his Jewish staff (some of whom converted to Christianity) published the first complete edition of the Babylonian Talmud, and he added the remarkable system of fixed page. The pages, which included Rashi and Tosafot, were carefully numbered, so that anyone anywhere could refer to a particular passage.

With the publication of the Bomberg Talmud, the fluidity and page layout ended.

With only a handful of exceptions (the 1616 Kraków edition, for example), every single printed edition of the Talmud since then has followed Bomberg’s lead, both in terms of page layout and in terms of fixed pages.

The Venice Hebrew print spread far and wide in the Jewish world and there is simply no denying that the system of study works.

This article was written with the assistance of Dr. Yoel Finkelman, curator of the Judaica Collection in the National Library of Israel.