The Great 1932 Victory of Bulgarian Jewry Over Anti-Semitism

In 1930s Europe, as evil parties were gaining traction in Bulgaria, the Jews managed - in one famous case - a victory of justice over hatred. 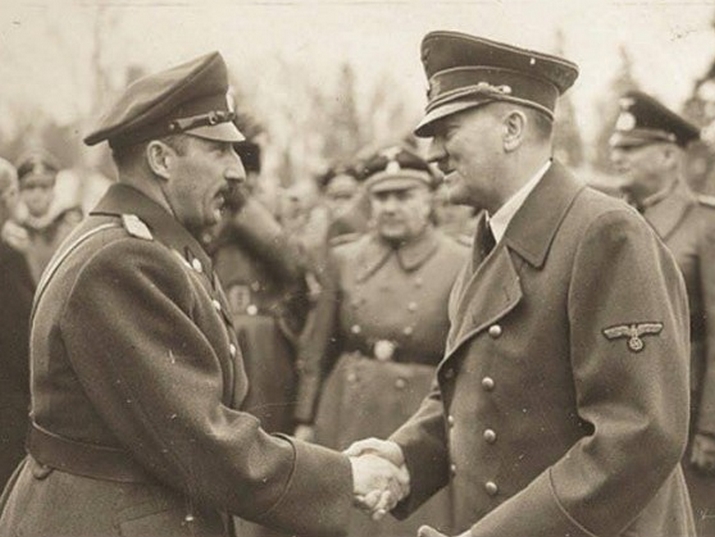 Hitler’s rise to power and the turbulent events that led to World War II have overshadowed some of the dramatic events that were of the utmost preoccupation for the Jewish world only a short time prior.  One such event which attracted the attention of Jews all over the world was a showcase trial held in Sofia, the capital city of Bulgaria, in the summer of 1932. A rare collection of documentation of this fascinating case is kept in the archives of the National Library of Israel.

Although Bulgaria and the rest of the Balkans are not generally identified as countries infected with anti-Semitism and hatred of Jews, there were, in fact, anti-Semitic organizations that gained political power and public sympathy in the time between the two World Wars. One of them was the “Rodina Zaschita” (“Homeland Defense”), which operated under the guise of a patriotic-nationalist movement. The organization spread anti-Semitic propaganda and called for harming Jews, the purported “enemies” of the Bulgarian homeland.

The wild incitement that was dispensed by the organization was embraced by the public. Impressionable young Bulgarians began to aggressively implement Rodina Zaschita’s anti-Semitic rhetoric and, by the end of 1931, attacks on innocent Jews merely walking the streets of the capital had begun. The attacks were often violent and accompanied by robbery. Much of the violence was organized by a young mechanic, born in one of Bulgaria’s provincial towns, Demeter Kalpakchiev.

In 1928, the unemployed Kalpakchiev arrived in the capital in search of work. He experienced difficulties integrating into the workplace and before long, he approached Rodina Zaschcita and rose to become one of its main activists. The attacks on Jews which began in an unorganized manner became the planned activity of a gang of criminals.

The Sofia police’s lack of preventative action against the violence encouraged Kalpakchiev to broaden his activity. He planned kidnappings of affluent Jews for the purposes of collecting ransom against their safe return. Three victims were kidnapped, including the banker Reuven Alkalai, who was also robbed. The severity and daring nature of these acts continued to increase, culminating in an attempt to kidnap the head of the Jewish community. The attempt was botched as the Rodina Zaschita operative accidentally kidnapped his Bulgarian neighbor. This initiated a large-scale manhunt for the entire gang by the Bulgarian police. Eventually, all its members were captured, including the leader, Demeter Kalpakchiev.

The police and prosecution acted quickly and efficiently. Shortly after he was apprehended, Kalpakchiev was put on trial. Opening statements were delivered on the 25th of May, 1932 in the Sofia District Court. Chaim Kachels, the historian of Bulgarian Jewry, describes the events of that dramatic day.

“On that day, the streets of Sofia were filled with people who had come out on behalf of the leader of the anti-Semitic organization, in his defense, and to prop him up as a national hero. The District Attorney’s office received threatening letters.”

The Bulgarian authorities, who saw the atmosphere as growing ever more incendiary, feared riots and wanted to bring the trial to a quick conclusion. The Kalpakchiev trial was over in exactly one month, ending on June 25, 1932. During the trial, however, larger issues found their way to the forefront. The best lawyers from the Jewish community and the Bulgarian community leaders in Sofia became heavily involved in the trial. Kalpakchiev and his band were almost forgotten in his own trial as the case became centered on the larger phenomenon of anti-Semitism in the entirety of Bulgaria.

The Jewish community organized a long list of expert witnesses on behalf of the prosecution who testified enthusiastically in favor of the Jews’ loyalty to the Bulgarian homeland. The claims of the anti-Semites in Bulgaria were refuted one after the other as historians, economists, retired senior officers of the Bulgarian army and other personalities proved the decisive contribution of the Jews to the development of the Bulgarian nation. The trial spread well beyond the courtroom walls as mass rallies in solidarity with Bulgarian Jewry were held throughout the world, including one in Israel by the Bulgarian-Eretz Israel Fellowship Association.

Demeter Kalpakchev’s conviction was inevitable. Shortly after the end of the trial, the defendant was given a detailed and lengthy ruling signed by three judges, including the President of the Sofia District Court. In the verdict, the defendant was convicted on all charges but was only sentenced to 15 years in prison. Kalpakchiev’s lawyers rushed an appeal to the Supreme Court but the ruling handed down by the judges of the highest court only served to reinforce the original sentence.

Up to the time of his release in 1940, Kalpakchiev bombarded prison authorities and the Bulgarian legal authorities with letters of complaint, proclamations and venomous anti-Semitic “poems” that also reached his circle of friends outside the prison. Although some of them were printed, they received little attention. Eventually, law enforcement banned the distribution of his material entirely.

The Kalpakchiev trial, perhaps the most exciting affair in the history of the battle against anti-Semitism between the two World Wars, ended with a shaky victory. Counselor Davidov, one of the Jewish lawyers who participated in this trial, visited Israel in the summer of 1933. Recognizing the importance of the Jewish National and University Library as a repository for collective Jewish history, he donated the documentation he had accumulated during the trial to the archives.

The detailed protocols (almost 2,000 printed pages), the verdict, and the appeal are all kept today in the Archives Department at the National Library- a souvenir of an event from different times, and perhaps a reminder that the story of humanity is one of unfortunate repetition.