Who Are These Unknown Soldiers?

Home > Yom Kippur War > Who Are These Unknown Soldiers?
Land of Israel

Nathan Fendrich, a Jewish-American photojournalist, happened to be in Israel when the Yom Kippur War broke out. He grabbed his camera and headed for the front. But who are the soldiers who appear in his photographs? Can you help identify them? 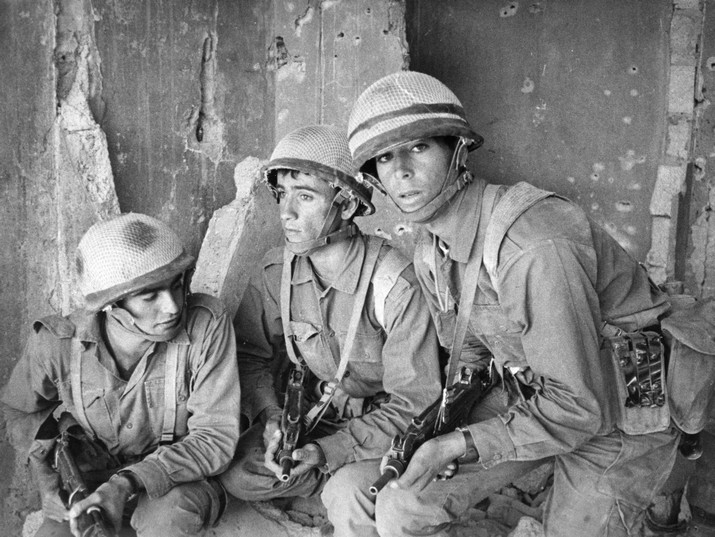 Shortly before Yom Kippur this year the National Library of Israel received a personal collection of photographs belonging to Nathan Fendrich, an 84 year old Jewish resident of Eugene, Oregon. This rich and important collection includes hundreds of touching photos taken by Fendrich 45 years ago, when he coincidentally found himself in the midst of a war

At the age of 39, Nathan Fendrich arrived in Israel in 1973 to photograph an archaeological dig at Tel Qasile, but after only a week in the country the Yom Kippur War suddenly broke out. Armed with his camera and press card, Fendrich began documenting the fighting within 24 hours, on both the northern and southern fronts – in the Golan Heights and in the Sinai desert.

His photos captured the difficult battles, the crossing of the Suez Canal, the air strikes and the ground skirmishes, and the collection even includes some pictures of prisoners of war and casualties. But the most striking elements in the photographs are the soldiers themselves – young and old, active duty and reservists – all allowed themselves to be photographed, during fierce battles as well as in periods of rest, in meetings with the high command and in moments of casual comradery.

These photographs join hundreds of important archives and collections preserved at the National Library, including millions of pictures which document the history and society of the State of Israel and the land of Israel going back over one hundred years.

Nathan Fendrich, like many other artists – writers, academics, poets, composers and photographers – donated his collection on his own initiative, without requesting payment, knowing the photographs would reach millions of viewers in Israel and around the world on the National Library’s website.

“The intense experience of the Yom Kippur War, which I had the privilege of documenting with my camera, influenced the course of my entire life to this very day” says Fendrich from his home in Oregon. “All these years I’ve spoken about the war to various audiences in the United States, but I always hoped that the pictures in which I captured IDF soldiers during battle, and that were sitting in my house here on the west coast, would be preserved in an Israeli institution that could ensure they received public exposure in Israel and around the world using 21st century technologies. The National Library is the most professional and suitable institution for this purpose, and I was therefore very happy to be given the chance to transfer my collection to the library and thus return it to its natural home in Israel, where it will be preserved for generations.”

The National Library has begun to upload and allow access to this moving collection on its website, and we now turn to you – the soldiers and relatives of soldiers who appear in these photographs – to help us identify those who are pictured and to tell us about the battles, fronts, events and situations that are captured in these fragments of history.

We have put up an initial handful of these photographs here. Can you spot yourselves in the pictures? Can you identify one of your friends in these photos and offer us some information? Any clue you may have can help! Please write the information in the comment section below this article, or you can also contact our Archives department at [email protected]. Please remember to mention which number photograph you are referring to. You can enlarge any photograph and examine it in greater detail by clicking on it.

If you think you know someone who can help us with relevant information feel free to share this article with them.