Home > History of Israel > Begin and Sadat Unscripted: Photos Reveal the Personal Connection Between the Two Leaders
Land of Israel 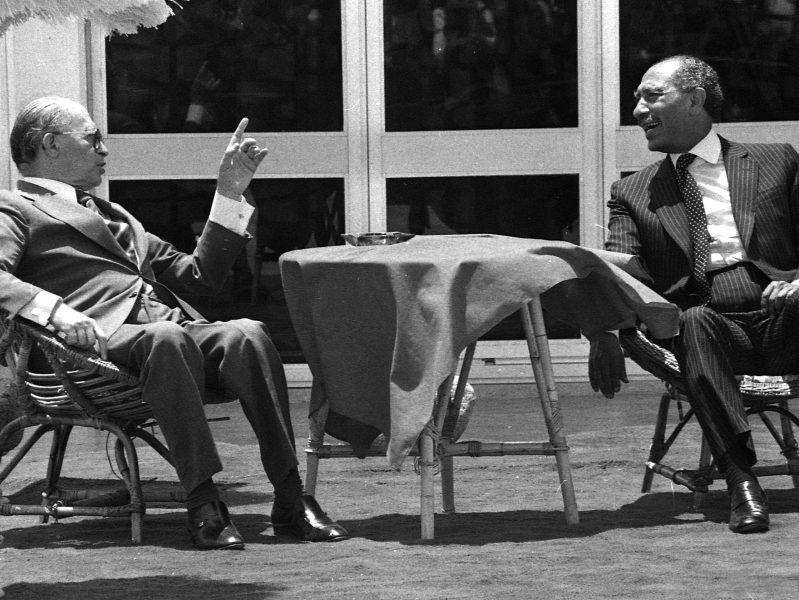 As the world marks the 40th anniversary of the Israeli-Egyptian Peace Treaty, the National Library of Israel has released dozens of rare photos showing the two country’s leaders – Israeli PM Menachem Begin and Egyptian President Anwar el-Sadat – sharing unscripted moments of friendship and laughter. The personal connection between the two men, both considered to be strong nationalist leaders, is largely what enabled the peace treaty to come to fruition.

​The photos come from the Dan Hadani Archive, which includes nearly a million images capturing Israeli life and historical events through the lens of the Israel Press & Photo Agency, founded and run by Dan Hadani from 1965 until 2000. In 2016, Hadani transferred the entire collection of images and negatives to the National Library of Israel in Jerusalem. Transfer of the collection was made possible through the generous support of the William Davidson Foundation.

“Our collections hold countless resources related to the historic peace agreement, including posters, newspapers, correspondence, and official publications; yet the unique contribution of these photographs is that they provide an unmediated look at the remarkable personal relationship between Begin and Sadat,” said NLI Israel Collection curator Dr. Hezi Amiur, adding that “Other striking images in the collection show the reactions in Israel to the nation’s first peace agreement with an Arab country, which only a few years before had been a bitter foe.”

According to NLI Head of Collections Dr. Aviad Stollman, “These photos of Begin and Sadat are just one example of the richness of the Dan Hadani collection, and the tremendous value it adds in terms of allowing us to see historical events from new and exciting angles.”