In keeping with the legal interpretation accepted at the time in Germany, there was a statue of limitations on every act of Nazis against Jews and against people with anti-Nazi views, with the exception of murder. Through these documents, it was possible to connect concrete murder cases with concrete people, enabling a legal investigation against the perpetrators. 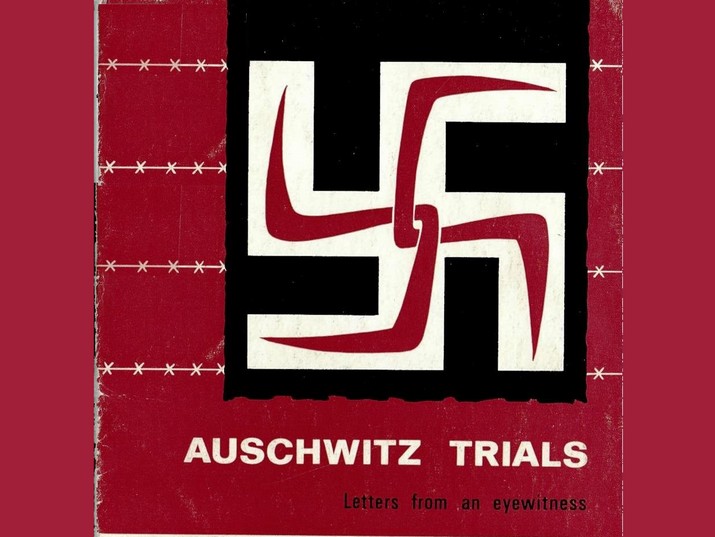 ​Near the small town of Auschwitz (Oświęcim) in Poland, beginning in 1940, the SS established a giant concentration camp, and next to it, an extermination camp as well: Auschwitz-Birkenau. At this camp, the Nazis developed a method of mass extermination in gas chambers, which operated with a merciless industrial efficiency. It is estimated that over one million people were murdered in this camp or died from extreme forced labor while it was in operation. Over 8,000 SS personnel served in Auschwitz, and collaborated in the collective murder that took place over almost five years, until the day the camp was liberated by the Soviet Army on January 27, 1945. This is the date that was established as a memorial day for Holocaust victims in Germany in 1996 (prior to this there was no such day), and in 2005 – 60 years after the liberation, January 27 became International Holocaust Remembrance Day.

​Over 8,000 SS personnel operated in this largest of concentration camps: this group should have been at the focus of attention of litigators and of the courts after WWII. As long as Germany was not a sovereign country, that is, until 1949, the legal institutions of the Allies tried to bring criminals who took part in the planning and execution of the extermination to trial. These efforts yielded the Nuremberg Trials immediately after the end of the war.

The first commander of Auschwitz, Rudolf Höss, was sentenced to death by a Polish court in 1947 and hung on the grounds of the Auschwitz Camp that year. Until then he had been one of the only chief responsible SS officers in Auschwitz to be brought before a court.

After the establishment of the two German states, the legal processing of Holocaust crimes was not at the center of attention of the legal authorities or the public in general. The ideology in East Germany dictated that according to the definition of the state as anti-Fascist by nature, there was no need to take responsibility for the deeds of the Nazis, since they were concentrated in the western part of Germany. In West Germany, some members of the legal and economic elite returned to their former posts and saw to it that Holocaust-related topics and inhumane behavior would not be raised for public discussion. For the most part, the citizens of both states accepted this approach without protest.

Beyond this, most of the civilians were busy with reconstructing the devastated country, and dealing with everyday life. Here and there, isolated trials were held against leading Nazis and SS officers, but until the 1950s, most of the public believed that a line had to be drawn at the end of the Nazi period, and that everything in the previous period should be let lie. However, not everyone was of this opinion. Among those opposed to the prevailing attitude were a number of lawyers in the city of Frankfurt, mainly in the Office of the Hessen District Attorney, Fritz Bauer (1903-1968).

In 1959, a former Auschwitz inmate submitted a complaint against one of the SS officers in the camp, a man named Wilhelm Boger. The former inmate identified Boger on the streets of Stuttgart. At the same time, a Frankfurt journalist submitted documents to the District Attorney in the state of Hessen. These documents contained reports of the deeds of Nazis in Auschwitz and mentioned the names of Nazis who murdered prisoners and even the names of their victims.

In keeping with the legal interpretation accepted at the time in Germany, there was a statue of limitations on every act of Nazis against Jews and against people with anti-Nazi views, with the exception of murder. Through these documents, it was possible to connect concrete murder cases with concrete people, enabling a legal investigation against the perpetrators.

The General Prosecutor, Fritz Bauer, who was of Jewish origin but did not define himself as a man of faith (he was a member of the Social-Democratic Party), pushed the investigations forward and transferred them to young prosecutors who were not tainted with Nazi ideology. For four years, these prosecutors collected documents, evidence and testimony, and even relied on collaboration with the International Auschwitz Committee (an organization of former camp inmates), mainly with then chairman of the organization, Hermann Langbein. During the investigation, the prosecutors identified 20 criminals who had operated in Auschwitz, among them, the last commander of the camp, Richard Baer, and the assistant commander, Robert Mulka. Baer died during his imprisonment, such that ultimately, 19 people were brought to trial. During the case, 360 witnesses from different countries took to the witness stand, and trips were even conducted to the site of the camp in Auschwitz, in order to carry out on-site verification of the claims of the accused and the witnesses. The trial went on from 1963 to 1965, and attracted the attention of the media and the public in Germany and elsewhere. Punishments were meted out for 17 defendants, six of whom were given life sentences, and 11 more who were sentenced to 14-year prison terms.

Following the trial, additional follow-up trials were held, all against a smaller number of defendants. In total, in all of the Auschwitz trials in Germany, only 60 defendants were stood trial: 60 out of 8,000. In contrast, in Poland, the number brought to trial exceeded 600.

And yet, in total, no more than 10% of the camp guards in Auschwitz were forced to appear before the court. This number illustrates that the topic was not sufficiently confronted, certainly not in Germany. At the same time, the Auschwitz trials were not a complete failure. Through the testimonies and reports in the German media, many dealt for the first time with the bitter reality of the period of the Third Reich, and did so from the perspective of the Nazi victims. Together with the discussions of cases of anti-Semitism (such as the desecration of the Cologne Synagogue in 1959) and the Eichmann Trial, the Frankfurt Auschwitz Trials were a landmark in public grappling with Germany’s past and its ethical obligation towards the victims.

One of the examples of existing interest in the topic, an interest that continues to grow, is the large number of books published beginning in 1965 that deal with various aspects of the Auschwitz Trials. Among these books are analyses of the testimonies and the fate of those criminals who were pursued, materials documenting the trials, publication of sources and also a comprehensive catalogue on the character of Fritz Bauer.