Tevye the Milkman and the Fight Against Assimilation in Eastern Europe

What is the connection between Ronetti Roman's theatre play "Manasse," Sholem Aleichem's novel "Tevye the Milkman," and Mordechai Spector's short story "The Prince?" 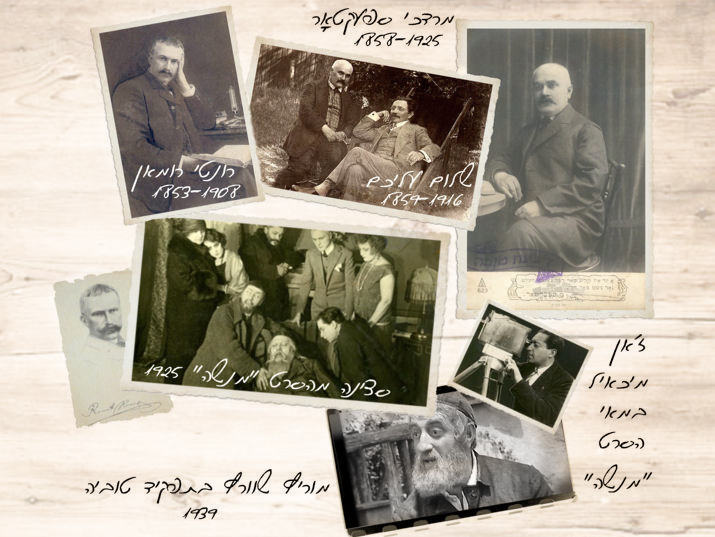 The four-act theater play “Manasse,” written by Ronetti Roman (Aaron Blumenfeld) was published in 1900 and deals with Jewish integration into society under the cover of the love story between Lelia, the granddaughter of the Jewish traditionalist Manasse Cohen, and a Romanian Christian lawyer. In certain ways, despite the differences between the plots, Ronetti’s play reminds us of the novel “Tevye the Milkman,” by the famous Yiddish writer Sholem Aleichem, whose first chapter was published about six years before the play’s debut performance. Sholem Aleichem’s novel tells the story of Hava, Tevye’s daughter who marries a Russian Christian man.

Sholem Aleichem advocated for both socialist and Zionist ideals and strongly opposed assimilation. He portrayed the character of Tevye as a peace-loving man who saw supreme value in preserving tradition. Although Hava’s marriage to her non-Jewish husband serves as an entrance ticket into gentile society, this choice is perceived by her father as entirely inexcusable. In fact, once her marriage to the young Christian man has been revealed, Tevye refuses to acknowledge Hava as his daughter.

In his theater play “Manasse,” Ronetti Roman aroused more ambivalent feelings among the Jewish audience. In contrast to Tevye who is torn over his daughter’s marriage, Manasse Cohen, the observant and traditionalist Jew, dies of sorrow as a result of his granddaughter’s wedding with the Christian lawyer. Unlike Tevye, Manasse did not survive to continue on the path of his forefathers. Many audience members saw his death as legitimization for Jewish assimilation but Ronetti Roman, conservative in his views, grew up in a Hasidic household and had no intention of supporting assimilation in his play. He rather intended to use the death of Manasse Cohen as a tragic warning against assimilation rather than as a way to legitimatize it.

In addition to the Jewish opponents of assimilation, Romanian right-wing activists also rose up against Ronetti and for many years they succeeded in preventing him from presenting his play at the Romanian National Theater claiming that it was a Jewish work that could not represent Romanian culture. Despite these objections, in May of 1904, as a result of the great success of the play, “Manasse” finally found its way to the stage of the National Theater in Bucharest. Sitting in the audience on opening night was the Romanian Royal Family.

In 1915, the playwright Adrian Verea (Adolph Wechsler) published a sequel to Ronetti’s play entitled, “After the Death of Manasse.” In contrast to Ronetti who emphasized the religious-ethnic ambivalence in his play, Verea exposed the true face of extreme anti-Semitism and perhaps even rectified the ambivalence of Ronetti’s work by expressing that a solution to the political-familial conflict would be achieved only after the separation of the Christian lawyer from his Jewish wife. With this scene, Verea openly opposed assimilation.

Looking After the Prince: Another Polish-Jewish Response to Assimilation

One of the rare items found in the archives of the National Library of Israel is a short story by Mordecai Spector called “The Prince.” This story was probably never published. Spector, who came from a religious background, also opposed assimilation but saw value in Jewish integration into the greater society. In the story “The Prince,” Spector tells the story of Rachel, a simple dressmaker with dreamy eyes who likes to read pulp fiction in the style of the writings of Nahum Meïr Schaikewitz (“Shomer”)

Although many boys circled around her, Rachel continued to dream about the “rich prince” who would fall in love with her, ask for her hand in marriage and save her from her present status by wisking her off to his palaces in a distant country. In the end, despite all of her dreams, Rachel marries Leizer, a low-class Jew, who goes on to leave her and their two children behind to try his luck abroad. During this period Rachel is unrecognizable. Her eyes shed bitter tears and her face ages decades beyond her true age. This portrait of a broken and anxious woman changes when we meet her once again at the side of a rich gentile man in a suit, wrapped in a scarf, wearing white gloves and holding a walking stick in his hand. This gentile is revealed to the reader as Leizer, Rachel’s Jewish husband, who apparently came back to her in wealth. All’s well that ends well – Rachel, who suffered both in her youth and at the beginning of her marriage, now flourishes alongside her Jewish “prince.”

While Sholem Aleichem railed against unfortunate and undesirable assimilation and in favor of adherence to tradition, Ronetti Roman left the decision to the audience, and Mordechai Spektor hinted to the reader that ethnic assimilation can be prevented through social assimilation. According to Spektor, while it is permissible for Jewish women to dream about a gentile “prince,” once rich Jews are at their disposal, marrying them is the solution to improving their social status.

If you liked this article, try these: When Anti-Semitism Forced a Champion Jewish Boxer to Throw in the Towel The Book that Survived Kristallnacht and Made it to the Land of Israel The Hungarian Noble Family That Took in the Exiled Jews