The Hero from Třebíč Who Saved 900 Children During the Holocaust

The annual Shamayim festival held in Třebíč honors Antonín Kalina who was posthumously awarded the title of Righteous Among the Nations. 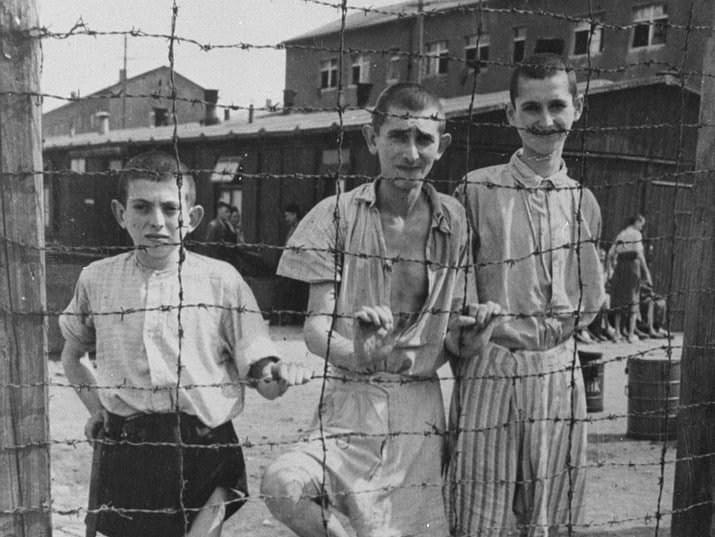 Buchenwald Concentration Camp
It is the only Jewish site included on the UNESCO world heritage list that is not in Israel. It was almost demolished during the time of the communist regime and was saved in part thanks to another minority that lived there after the Jews left or perished. Třebíč or Trebitsch is a town in the Czech Republic with a unique, well preserved former Jewish quarter. Unfortunately, this rich Jewish community was destroyed during World War II and the later regimes did not really support any religion – especially not after the war. However, locals still call that part of the town “Židy,” a word that means Jews, or “v Židech,” meaning in the Jewish area, despite the fact that the area boasts a different official name. This hidden gem was rediscovered in the late 1980s and reconstruction and repairs have since begun. One of the uncovered synagogues was used at one point as a warehouse to store leathers. Later on, it would house fruits and vegetables. As a result, the restorers had no shortage of work to do. Nowadays the quarter draws all kinds of tourists, not just those looking for traces of Jewish history. Many cultural festivals and events are held in the area, the most famous of these is the festival of Jewish culture known as “Samajim,” pronounced “Shamayim” (Heavens, in English), which is held every year at the end of July and beginning of August. The former Jewish quarter becomes full of life again during this week-long festival. There are lectures about Jewish traditions, history, and literature, as well as concerts by a variety of bands from Central and Eastern Europe. You can also taste a range of traditional Jewish delicacies. Some of the faces become familiar as people return year after year. The festival is dedicated to a man named Antonín Kalina. Antonín was awarded the title of Righteous Among the Nations after his death in 2012 for his heroic work during the Holocaust. Kalina, who was born in Třebíč in 1902 became a member of the communist party in 1923. Due to his political activism, he was arrested in 1939 by the Nazis and was sent to the Dachau concentration camp. A month later he was transferred to Buchenwald. With the help of the underground movement in the camp, Kalina risked his own life to help the children of Buchenwald. He worked to relocate the children from their barracks on the other side of the camp to his. The Nazis avoided this area for fear of catching disease after Kalina put up a sign reading, “Danger: Typhoid.” He managed to bring food and clothing to the children he had smuggled away and protected them from the harsh conditions of the camp as much as possible until the end of the war. Kalina is credited with saving 900 children in the Buchenwald concentration camp. Following the war and his release from the camp, Kalina returned to his hometown of Třebíč where he lived until his death in 1990. Naftali Furst is one of the many children who owes his life to Antonín Kalina and he attended this year’s Samajim festival to honor his memory. Naftali was born in Slovakia but he left to move to Israel after the Second World War. Speaking in Slovak tinged with a slight Hebrew accent, he spoke in memory of Antonín Kalina. He told of how the children would “cook” in the barracks in Buchenwald. This activity did not consist of any actual food. Rather, the children would simply share memories of their favorite dishes and deserts, with one boy preferring poppy seed cake and another recalling cakes topped with apples or nuts. They all hoped to taste them again after the war. The week-long festival came to a close with a concert in tribute to the 100th anniversary of Czechoslovakia, being celebrated this year. The concert featured a chorus of thirty-five people from all over Slovakia and some parts of the Czech Republic, with people joining together to dance in the restored synagogue.  After the concert, the audience was invited to continue the festivities outside in the Romanesque-gothic basilica from the 13th century near the Jewish quarter. This was the 15th iteration of the festival and we look forward to next years’ experience. We hope you can join us to learn more about the rich Jewish heritage here – as they say, Shana Haba’ah B’Třebíč – Next year in Třebíč! This post was written as part of Gesher L’Europa, the NLI’s initiative to connect with Europe and make our collections available to diverse audiences in Europe and beyond in cooperation with Paideia – The European Institute for Jewish Studies.