When Life Gives You Lemons: Sukkot Preparations in the Town of Halberstadt

Home > Gesher L’Europa > When Life Gives You Lemons: Sukkot Preparations in the Town of Halberstadt
Diaspora

Living in a cold climate in Central Europe sometimes meant going to great lengths to get the citrus fruit required to celebrate the holiday of Sukkot. 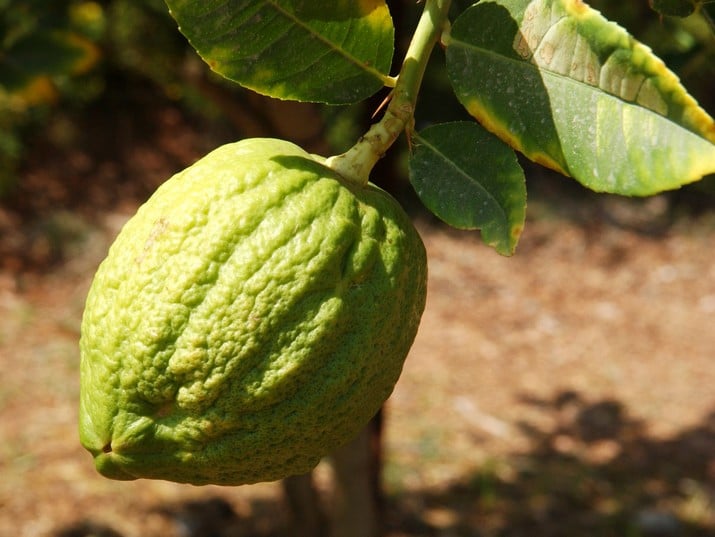 In the 17th and 18th centuries, the town of Halberstadt (then in Prussia, now in Germany), had one of the largest Jewish communities in Central Europe. The community Pinkas (registry), now housed in the Manuscript Department of the National Library, details the activities of the town’s Jewish residents from 1773-1808. This community register was written in chronological order and in several languages including Yiddish, Hebrew, and German. The Pinkas served as a centralized record of rules and regulations, criteria for acceptance into the community, diplomatic initiatives, and interactions with other communities.

In European countries with colder climates like Prussia, it was historically difficult to find fresh citrus fruit. While this may not seem like a critical issue for most, for the Jewish people citrus fruit play a fundamental role in the celebration of one of the central Jewish holidays – Sukkot.

During the weeklong holiday, Jews celebrate by living and eating in huts constructed especially for the occasion in accordance with precise traditional instructions.

The citrus fruit known as the etrog, or citron in English,  plays a key part in the in the prayer services performed on Sukkot, which marks the end of the harvest season in the Hebrew month of Tishrei.

The Jewish communities in Central Europe were typically dependent on imported etrogim, a reality that served as a source of great apprehension for many given the dangers of sea travel.  As the high holidays approached, if the shipment of etrogim had yet to arrive, concern would grow within the community and the local Jews would find themselves feeling a bit frantic. In fact, there are recorded incidents where local merchants successfully tricked the despairing Jewish community into purchasing lemons in place of etrogim for want of a better option.

The concern over the timely arrival of etrogim was a familiar feeling for the community of Halberstadt. The community Pinkas includes an entry that tells of the great lengths the community leaders went through to ensure the town would be able to celebrate the holiday of Sukkot in its entirety.

Written in Yiddish on the 28th day of the Jewish month of Elul, just a few days before the start of the High Holy Days of 1796, an entry describes how the Jewish leaders of the town were working their personal connections in other Jewish communities to try and procure enough etrogim for the town to use in the upcoming holiday services.

“Reb Moshe said in the name of Reb Gissel, who wrote to the community leaders of Frankfurt to inquire about etrogim a while ago but until now we have yet received an answer,” reads page 201 of the Pinkas.

The entry even recorded suggestions by community leaders that another letter be written in the hopes of increasing pressure on potential suppliers of etrogim. They also included a contingency plan, in case the additional pressures were insufficient.

The entry reads, “Reb Gissel will continue to wait for an answer and in the case that his contact will not bring forth etrogim, we will instead buy a few etrogim at the fair in Leipzig before Rosh Chodesh Tishre (the beginning of the Jewish month of Tishre), as many as are needed for the community.”

This entry and the decision of the community council gives the impression that there were other locations with accessible etrogim but perhaps they were pricier or of a lesser quality, and therefore it was preferred to have them brought in from Frankfurt.

While the Pinkas does not mention the outcome of the community’s conundrum, this entry gives us an interesting insight into life for the religious Jewish community in the 19th century and provides a closer look at the difficulties faced when trying to uphold the laws of the holiday of Sukkot.