In the great frenzy that ensued, many Jews who lived on German territory understood that their lives and property were in imminent danger, and that they had to find alternatives to carry on living 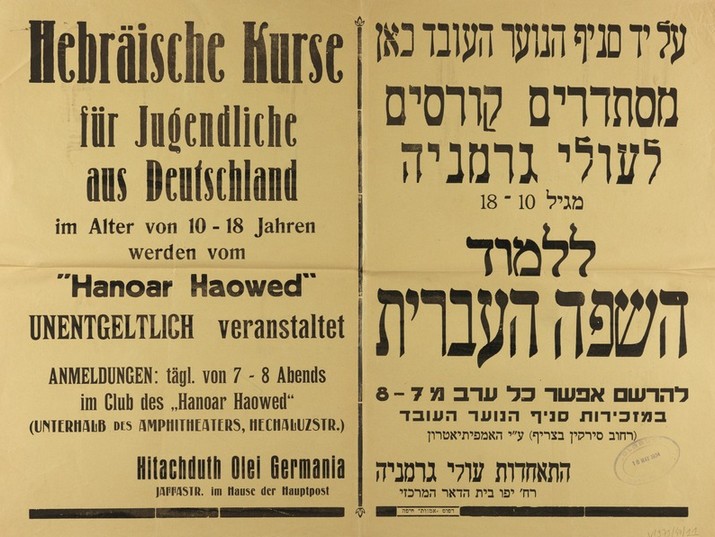 ​Until the Nazi rise to power, some half a million Jews lived in Germany, over 150,000 of them in Berlin alone. Most found their place in society-at-large and took part in economy, politics, science, and of course German culture, both as producers of culture (authors, journalists, musicians, artists, etc.) and consumers of culture of all types. The Zionist movement found it difficult to penetrate German-Jewish society, since most of it was well established; and Zionist groups in Germany never became mass movements.

The picture changed in 1933, when the Nazis rose to power. The blatant anti-Semitism and the unbridled Nazi aggression (across large segments of German society) made it clear to German Jews that their integration into the greater society was only a brief episode that was drawing to an end with the political change.

In the great frenzy that ensued, many Jews who lived on German territory understood that their lives and property were in imminent danger, and that they had to find alternatives to carry on living. Approximately one half of Germany’s Jewish population emigrated from Germany to other countries, most to the United States, but many also moved to Israel as part of what is known as “the fifth Aliyah.” It is estimated that some 60,000 German immigrants came to Eretz Israel as part of this wave of immigration, in addition to 30,000 from other German-speaking areas, primarily Austria and Czechoslovakia.

Their situation in Eretz Israel was also quite difficult: the new climate, the language unfamiliar to most of them, the reservations of many locals from German language and culture due to the Nazi acts, and the unsuitable professions of many (a great deal of them were active in the fields of science, the humanities and culture) – all posed severe problems for many of the “Yekkim”, as they were called then and to this day. Their habits, style of dress, precision in all that related to timeliness, and their idiosyncratic humor, attracted much derisive humor. Tragically, while in Germany they were always considered Jews, in Eretz Israel they were considered “Germans.” 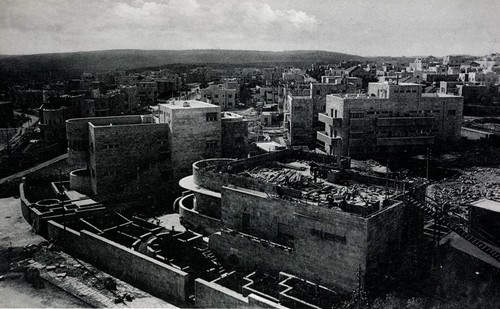 The German immigrants in pre-State Israeli society were quite diverse: the majority played a role in the sciences, arts and culture, unsurprisingly, but among them were also industrialists and entrepreneurs (the founders of companies including “Asis”, “Strauss” and others), publishers (e.g. the Schocken family), architects, (Richard Kaufmann and others from the famous Bauhaus movement). In many cases, however, the Yekkim were forced to find their place in the new society in Israel like all of the other immigrants, in professions in which they weren’t trained, while living in crowded housing and facing the large and small cultural difficulties that awaited all of the immigrants in their everyday lives.

The Yekkim settled in a number of cities and other types of localities: around Tel Aviv and Jerusalem (many of them in the Rechavia neighborhood), but also in the city of Nahariya, in Kfar Shmaryahu near Herzliya, and in other locations. The Rechavia neighborhood of Jerusalem was planned by the architect Richard Kaufmann beginning in the 1920s. It was inhabited by distinguished academics, including many lecturers from The Hebrew University: Gershom Scholem, Shmuel Hugo Bergmann, Akiva Ernst Simon, the well-known architect Erich Mendelsohn (who lived in the neighborhood for a few years only, in the 1930s) as well as Zalman Schocken, the owner of a successful department store chain in Germany and a publishing house on his name, that exists to this day.

With the aliyah of the “Yekkim,” new newspapers and periodicals in German were established. For example, the newspaper Yediot Hadashot (that later assumed the name Hadashot Yisrael), and the periodical Yediot Hitachdut Olei Germania (Mitteilungsblatt der Hitachduth Olei Germania, known also, simply, as MB). This publication was founded in 1933 and exists to this day, and the initials still appear on the cover, but the name has changed to Yakinton (hyacinth). Beginning with the first edition, it featured texts both in German and in Hebrew, at first with German dominating, while today, with the proportions have reversed. For many years, firms and businesses advertised in Yediot, mainly those owned by German immigrants or relevant to the German immigrant community. It is interesting to note that during the publication’s first years, even the Templar Bank in Palestine saw fit to advertise its services in this periodical, even though the orientation of many Templars – German-Protestant settlers who had no relationship with Judaism – was pro-Nazi. Other companies, some known to this day, already advertised there, in German of course, such as the “Asis” company. 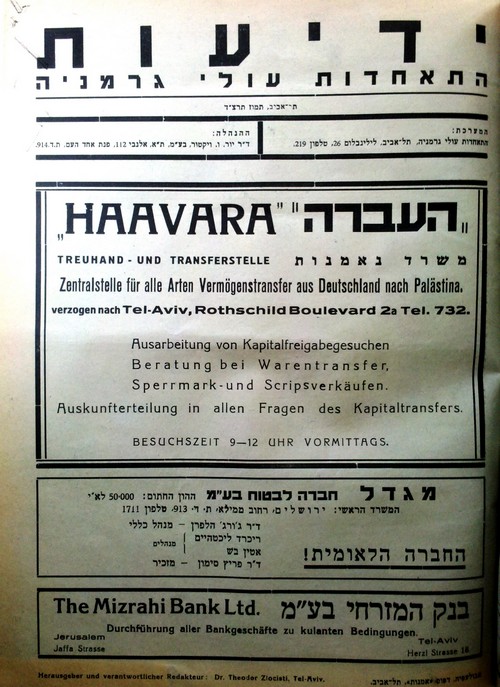 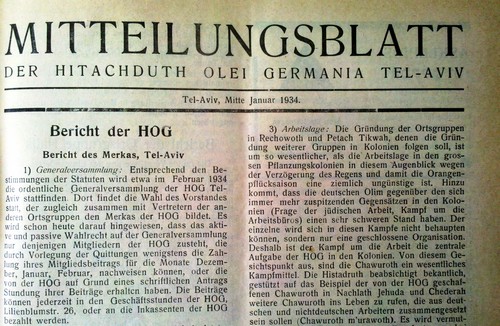