German Opposition to Hitler and the Assassination Attempt of July 20, 1944

Home > Germany the Jews and Israel > German Opposition to Hitler and the Assassination Attempt of July 20, 1944
Diaspora

The apathy of substantial parts of German citizenry, together with the entrenched obedience to the authorities and the hope of improving the standard of living meant that there were almost no people who were willing to endanger themselves in opposition activities against the regime 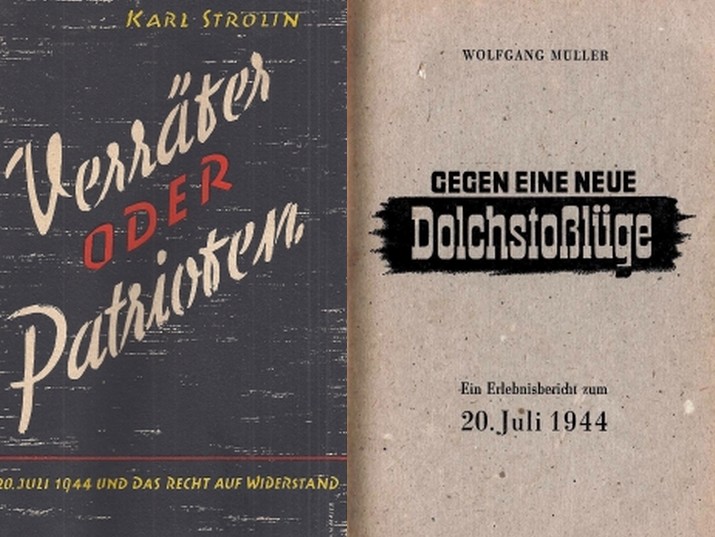 In the last general elections in Germany in March 1933, some 44% of the national electorate voted for Adolf Hitler’s National-Socialist party. This means that despite the strong show of support in this election, in which other parties had been suppressed by the Nazis even earlier, most Germans did not vote for Hitler. In theory, this situation might have given reason to hope that broad portions of the population had begun – at a certain stage – to act against the undesirable, cruel regime. And yet, during the entire Nazi period, from 1933-1945, opposition to the terrible dictatorship remained proportionately very small, and never led to tangible results. The apathy of substantial parts of German citizenry, together with the entrenched obedience to the authorities and the hope of improving the standard of living meant that there were almost no people who were willing to endanger themselves in opposition activities against the regime. New studies note that no more than 7,000 people took active steps against the Nazi dictatorship during these years. The academic world employs the somewhat sarcastic term of “an opposition without a people.”

The opposition activists hailed from all sectors of the German population: Communists, Social Democrats, laborers, students (the White Rose in Munich and in Hamburg), members of the bourgeois and elite (the Kreisau Circle), Jews (the group led by Herbert Baum), Catholics and Protestant Christians, individuals and groups, women and men. A few of them are somewhat well known, for example, Georg Elser (1903-1945), a carpenter from southern Germany, who already at an early stage had clearly understood the Nazi’s goals and refused to accept the reality. He prepared a bomb in Hitler’s favorite beer cellar in Munich where, every year on November 8, the Nazi leader gave a speech commemorating the overthrow attempt of 1923. Elser’s bomb exploded at the planned time on November 8, 1939, but Hitler, contrary to all expectations, had left the site approximately fifteen minutes earlier. This failed attempt was only one in a continuous series of similar events. But Hitler and his cronies survived them all almost unscathed.

The Jewish group of Herbert Baum (1912-1942) operated within a Communist ideology and in 1942 carried out an attack on a propaganda exhibition in Berlin entitled, “The Soviet Garden of Eden,” which mocked Soviet Communism. The White Rose students’ group composed pamphlets with anti-Fascist information and in 1942-43, sent them to specific individuals and also distributed them at the University of Munich. In most cases, those who received them delivered them to the police. Similar behavior is documented in the well-known novel Alone in Berlin by Hans Fallada, based on a true case of opposition by a working class couple in Berlin who distributed postcards with anti-Fascist texts, but almost all of them were handed over to the police by loyal citizens. Today, it is estimated that the great success of the Gestapo (the Nazi secret police) in repressing almost every opposition activity resulted not from its efficiency, but from the generous willingness of most German citizens to report views and acts that were not compatible with Nazi ideology.

The most elaborate opposition plot was that of the Wermacht officers and representatives of the liberal bourgeoisie (the Kreisau Circle and others) whose goal was to assassinate Hitler and arrest the chief leadership of the Nazis in order to halt the war. A few of them had always been opposed to Hitler’s regime, but most were ultimately pushed into action only after the defeat of the German Army at Stalingrad in January/February 1943, and following additional subsequent defeats.

The understanding that this war could no longer end in victory led many army members to a shift in direction, and to act in a manner that violated their oath as soldiers loyal to Germany and to Adolf Hitler, and this at a time when such an oath was a most serious commitment. At the focus of the plot to carry out the planned attack and overthrow were Ludwig Beck, a former general (who resigned from his job as Chief of Staff even before the outbreak of the war due to his opposition to its goals), Karl Friedrich Goerdeler, former mayor of Leipzig who was a liberal-conservative politician, General Friedrich Olbricht, Colonel Baron Claus Graf Schenck von Stauffenberg, and General Henning von Tresckow. The name of the overthrow plan was Operation Walküre.

Following a number of failed attempts to conceal a bomb near Hitler, an additional effort was made on July 20, 1944. A large discussion was scheduled for this day to evaluate the military situation in one of Hitler’s command centers in East Prussia. Baron Claus Graf Schenck von Stauffenberg was invited to the discussion, and he brought with him a bomb that had been hidden in a briefcase. Due to his serious injury from the war, von Stauffenberg had only one hand, and so he did not manage to properly activate the mechanism to detonate the bomb. Moreover, one of the men present at the discussion moved the briefcase, thus distancing it from Hitler. The explosion killed four people and critically injured seven more, but Hitler was only slightly injured and left the meeting room alive and in one piece. Announcements regarding the attack spread quickly across Germany, and mainly the news that the “Führer” had escaped the attack unharmed. The entire plan thus failed, since some of the officers who had not been totally convinced of supporting the overthrow repented immediately upon receiving the news that Hitler was still alive. Already the evening of that same day, a number of officers were executed in Berlin, including Ludwig Beck and von Stauffenberg, and others were arrested and interrogated by the SS and the Gestapo. Showcase trials were held, conducted by the fanatic Judge Roland Freisler. Over 200 people were executed, many of them even in the last weeks of the Third Reich, including almost 50 senior officers of the highest ranks, diplomats, politicians and others. The assassination attempt received wide attention within and outside of Germany, and was one of the signs signaling the end of the battle of the Nazi dictatorship.

Immediately after the end of the war, public discussion regarding the significance of the attempted overthrow, the civil duty to act against a tyrannical regime, and the question of whether the officers were traitors or heroes, was renewed. The few among them who survived the interrogation, torture and trials worked to spread their version of the events, both orally and in writing. One example is the pamphlet of former Colonel Wolfgang Müller, in which already in 1947 he describes his experiences prior to July 20, 1944, and afterwards. Müller tried to operate against a recurring phenomenon (which came into existence already after WWI), of conservative forces blaming the defeat on those who opposed the regime and the war. The title of his composition was: “Against A New Lie of ‘Backstabbing’.” A further example is the composition of Karl Strölin, Mayor of Stuttgart during the entire Nazi period, and also a member of the Nazi Party, who, towards the end, was able to see Germany’s dire situation and participated in the overthrow attempt, but did so carefully, remaining in the margins of the organizing activity. He titled his composition “Traitors or Patriots”? In recent decades, many studies have been conducted in different languages about the opposition, the various groups it comprised, and mainly, the people of July 20, 1944. Today, there is no longer any discussion regarding the question of whether these people were “traitors” or heroes, but it is still asked why so few people objected to the regime, and why many of them waited until the moment it became clear that the Nazi government was poised at the brink of the abyss and the war was already a lost cause.