The First Jewish Translation of the Book of Books into Spanish

As many conversos began to return to their heritage after the Inquisition, several Jewish cultural books were translated into Spanish for their use - including the Book of Books. 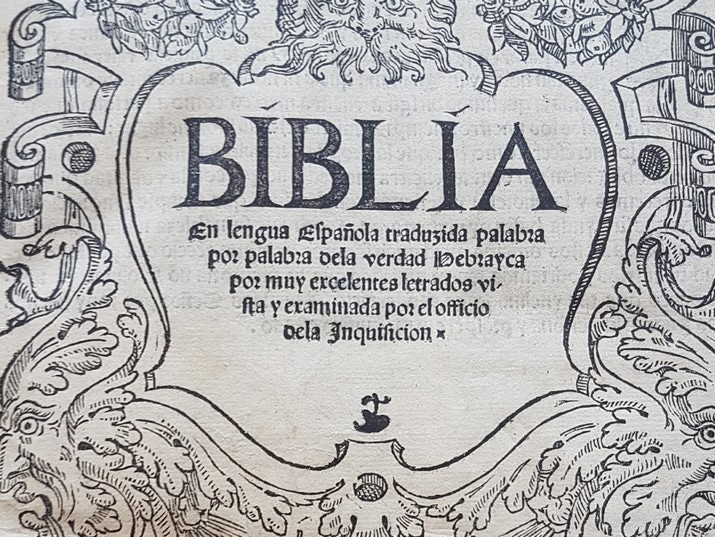 With the decree to expel the Jews from Spain in 1492, many Jews chose to remain in the Spanish kingdom and live as Christians while others accepted the invitation of the King of Portugal, King Manuel I, to emigrate to the neighboring realm where they could live openly as Jews. When the King of Portugal married the Princess of Spain, daughter of Ferdinand and Isabella, he changed his policies and forced the conversion of the newly arrived Jews of Portugal.

Towards the end of the 16th-century and into the 17th-century, thousands of “New Christians” took advantage of the newly eased travel restrictions between the Iberian Peninsula and the countries beyond it and emigrated to Western Europe and the New World. Upon arrival in their new communities, many chose to openly return to Judaism and the tradition of their forefathers. Those who returned to the old faith dealt with many questions on their journey, including: How does one revive a once forbidden culture, relearn lost religious practices and revive a language that has been long forgotten?

With the return of many Spanish Jews to their heritage, there was a sudden demand for translation of Jewish texts.  A great number of Jewish texts, including Halakhic and ethical treatises, prayer books and even the “Book of Books,” the Hebrew Bible, were translated into Spanish and Portuguese over the course of the 16th and 17th centuries. One major project of this sort was the first complete Jewish translation of the Hebrew Bible into Spanish, printed in Ferrara in 1553.

“The Holy Bible in the Spanish tongue. Translated word for word from the true Hebrew by very excellent literati . . . with the privilege of the most illustrious Lord Duke of Ferrara.”

(Subtitle of the Ferrara Bible, the first complete Jewish translation of the Bible into Spanish, printed in 1553)

Safely ensconced in their new home in the Duchy of Ferrara in Italy, far from the reach of the long arm of the Spanish Inquisition, the translator Abraham ben Salomon Usque and the typographer Yom-Tob ben Levi Athias — themselves ex-conversos who had escaped from Spain and Portugal — labored together to translate and print twenty-seven titles of Jewish books in Spanish and Portuguese. The Ferrara Bible was their most important work. It was a new translation and revision of earlier, partial translations of the Bible into Spanish.

The revised and translated Bible became an important Judeo-Spanish text in Western Europe and the New World. It was first printed and distributed in Ferrara which, in the second half of the 16th century, was an important stop along the route for conversos emigrating from the Iberian Peninsula.

The Ferrara Bible had multiple printings and editions including an edition published in Amsterdam in 1726 when the city became the preferred destination for conversos returning to Judaism in the 17th century.

The Ferrara Bible filled a central need in the Spanish Catholic world as well. Researchers posit that the new translation influenced Catholic religious thought and many Christian authors quoted directly from the translated text. None the less, anyone caught by the Inquisition with a copy of the Ferrara Bible in his possession opened himself up to real danger.

The Ferrara Bible – A Bridge across the Generations

This book became a bridge between the glorious culture of the Jews of Spain and Portugal prior to their expulsion and their descendants who, hundreds of years after they were torn from their country, preserved that precious culture in their new homes.

This article was written with the help of Dr. Aliza Moreno of the National Library of Israel.