The Nazi Rise to Power Through the Eyes of Sebastian Haffner

Everything went "strictly by the book," using means that were permitted by the constitution 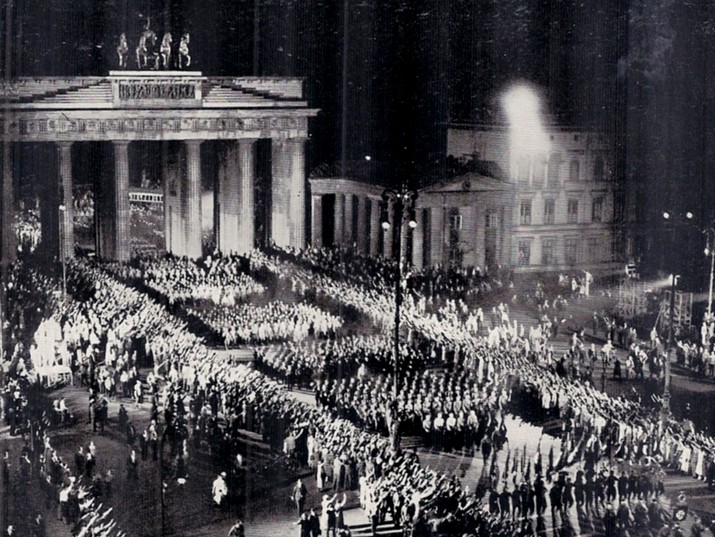 Beginning in 1928, German voters were called to the polls at least every two years as the political system suffered from instability due in part to the world economic crisis and the ensuing mass unemployment, but also due to the diffusion of political force between the many parties that gained representation in the National Parliament. In 1932, the situation was so dire that the German government disintegrated twice in the same year, leading to general elections in July and in November.

Hitler and his party had already succeeded in convincing many voters to support them in previous elections, but in July 1932 the Nazis garnered the largest number of votes and entered the Reichstag as the strongest party. Together with the Communist Party representatives (both parties were anti-Democratic), the Nazis achieved an absolute majority in the National Parliament, precluding the establishment of any type of coalition. At this stage, Hitler refused to cooperate with a government that would not be under his leadership, but President Paul von Hindenburg was not yet prepared to appoint Hitler as the Chancellor of Germany. There was no choice, then, but to hold a re-election in November 1932.

These elections created the impression that the unabated rise of the Nazis had been halted: for the first time in years, they had lost votes. And yet, they were still the strongest party in the Reichstag. Despite this development, there was still no realistic possibility of forming a stable coalition. The president appointed the Prussian General Kurt von Schleicher as the Chancellor of Germany. He tried to build a government in collaboration with various moderate political forces, including the moderate branch of the Nazi Party, hoping to thus split the Nazis. Nevertheless, the attempt failed and on January 28, 1933, he was forced to resign from his post. Two days later, President Von Hindenburg appointed Adolf Hitler as Chancellor of Germany, though most of the government portfolios were still in the hands of other parties. Nonetheless, Hitler and his people knew how to seize control, both politically and through violent means. Within months, the Nazis already held all of the political and state power – with almost no resistance on the part of the German people, most of whom had not voted for the Nazis in the elections.

On the evening of January 30, endless lines of uniformed Nazis bearing torches marched towards the Brandenburg Gate, in order to celebrate the “victory”. There are reports that upon seeing this sight, the well-known Jewish painter Max Liebermann, who lived in the building adjacent to the Brandenburg Gate, said, “I cannot eat as much as I would like to puke.” 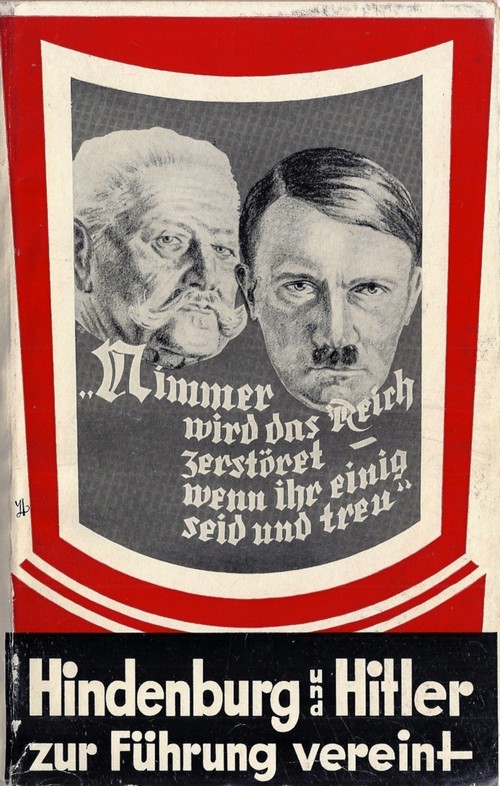 The German publicist Sebastian Haffner (1907-1999) reported on the Nazi rise to power, and more generally, on the developments in Germany during that period. Haffner was a law student at the time, and opposed the Nazis and their barbaric political style. In 1938 he emigrated from Germany to England where he began writing political-historical works about Germany and contemporary history. He authored a series of books and even wrote for an anti-Fascist German paper published in England. Haffner’s first composition on the topic, 1939’s “Defying Hitler (Geschichte eines Deutschen – The Story of a German)”, was neither completed nor published during his lifetime. The work was ultimately published in 2000, a year after Haffner passed away. In this work, which has been translated into various languages including Hebrew, Haffner describes the political and social developments in Germany in the years 1914-1933 from a personal, everyday perspective. Writing about the events beginning in 1933, after the Nazis’ political strength had been strongly established, Haffner observed:

The whole façade of everyday life remained basically unchanged. The cinemas, cafes and theaters were full; couples danced in the open air and in the dance halls, people strolled down the streets, while others sunbathed on the beaches. The Nazis used this to great effect in their propaganda: “Come and see our peaceful, quiet country. Come and see how well even the Jews are doing. The secret vein of madness, fear and tension, of living by the day and dancing a dance of death: those one could not see. (Adapted from p. 154 of the English edition, entitled, Defying Hitler – A Memoir by Sebastian Haffner, translated from the German by Oliver Pretzel, 2002).

On the Nazis’ rise to power and the concurrent political changes, he wrote:

What is a revolution?

Constitutional lawyers define it as a change of constitution by means not foreseen therein. By this definition the Nazi revolution of March 1933 was not a revolution. Everything went “strictly by the book,” using means that were permitted by the constitution. At first there were “emergency decrees” by the president of the Reich, and later a bill was passed by a two-thirds majority of the Reichstag, giving the government unlimited legislative powers. (Defying Hitler, p. 124)

Reading Haffner’s book is both riveting and spine-chilling from the reports of the violent political takeover to the April 1st ban on Jewish businesses and the slow infusion of Fascist poison into broad segments of the general population. Haffner’s writings prove that it was already possible in 1933 to know where Germany was headed.

Those like Haffner, who so desired, could see it clearly. 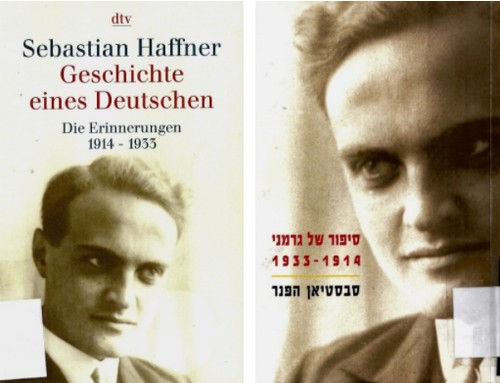