Was One of Catholic Spain’s Prominent Religious Scholars Secretly Jewish? 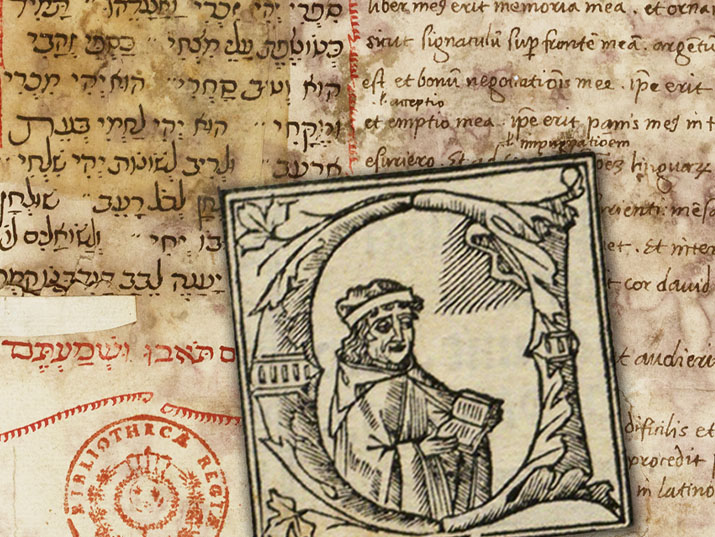 For centuries Catholic historians opposed admitting that a prized converso (a Jew who had converted to Christianity) may have actually maintained Jewish identity and practice in secret, regardless of whether he was forcibly dragged to the baptismal font or promised a high post in the Church hierarchy as reward for his heresy.

There were certainly Jews who willingly converted to Christianity, even rabbis such as Solomon HaLevi of Burgos who not only became a respectable Bishop, but an ardent promoter of discriminatory laws against Jews.

However, most Jews who remained in Spain, referred to as “Crypto-Jews”, continued to covertly practice their religion in some form and pass it on to their children. Generations later, the descendants of these conversos continued to flee Spain and Portugal to other lands where they sought to live as free Jews.

One of the Spanish “New Christians” most cherished by the Catholic authorities was Alfonso de Zamora (1474–1545/6). A graduate of the famous Campanton Yeshiva in Zamora, he first escaped to Portugal in 1492, but for unknown reasons returned to Spain around 1497 as a converso.

In a few years we find him in Salamanca as a teacher and a scribe until 1512 when he was transferred to the University of Alcala de Henares. His involvement in the editing of the first Polyglot Bible, his books, scribal and teaching positions raised his esteem and importance at the dawn of the Renaissance.

Throughout that almost 40-year period, he was employed by the highest Catholic prelates, the archbishops of Spain, right under the watchful eye of the Inquisition.

Indubitably he was famous.

Top clerics patronized him, hired him to copy Hebrew books, the grammar books of Rabbi David Kimhi (also known as “Radaq”), books about the Bible, including various commentaries, and so on. But as a “blemished” Christian, Alfonso was cheated in court when he tried to claim his rightful wages from the “upstanding” publisher.

Alfonso could never become head of his department or immune from being summoned to the Inquisition. All he could do was release his fury in innumerable annotations on the margins of his copied books and in his “diary”, preserved at the Leiden University Library.

Over the course of fifteen years, at the Institute of Microfilmed Hebrew Manuscripts in Jerusalem (now part of the National Library of Israel), I examined about 70 manuscripts written or edited by Alfonso de Zamora.

During these intense years I could not but conclude that the man’s notes, essays, poems, criticisms, bible commentary, historical records, books, and teaching curriculum reflected a tormented, resentful, bitter and penitent Crypto-Jew.

He wrote almost exclusively in Hebrew.

His poems called out for God’s help to heal his emotional and physical pain, to release him from cursed Spain, to punish the greedy and immoral Spanish society from the king to the Church clerics, the businessmen, and the farmers all the way down to the babies.

He attacked the Popes and the judges and mocked King Carlos V and his administration. He supported, at least in words, the revolt of the comuneros against the nobles and the king, and he attacked judges who had converted to Christianity and abused their powers to discriminate against conversos.

In his commentaries, Alfonso emphasized the ethical superiority of the patriarchs, matriarchs, and kings of the Jews over those of the Christians. He insisted that conversos hold on to hope that God redeem them and bring them back to Zion.

Redemption from the “Trouble,” i.e., the Expulsion, would come only when conversos kept God’s Laws – the Torah – as much as they could.

His advice to the conversos facing the Inquisitors was to stand tall and show knowledge of the Holy Scriptures, for their tormentors were ignorant and inferior. When accused of keeping Jewish customs like avoiding non-kosher foods, he advised to explain them away as stemming from health concerns rather than from religious practices. He encouraged them to continue keeping the Sabbath, to light Sabbath candles, to relinquish debts on the seventh year, and even to keep the counting of the Omer.

Lying to and confusing the Inquisitors was paramount to staying alive.

Alfonso’s Shema was different than the traditional text of this core Jewish prayer. He commanded himself and/or imaginary Jewish students:

“Hear, People of Israel … Know that YHWH who is our God, is YHWH the only One!”

His view of Christianity was clear and unapologetic. He emphatically stated that he did not believe in Christianity nor in the anti-Christ. Christians were those who worshiped mute idols, who would perish before YHWH’s magnificence on the Day of Judgment. Christian dogmas were to kill people. Unlike Judaism, Christianity was flesh-centered, lacking spiritual values. Christians indulged in gluttony; they were fat and boorish; he wished for their dwellings on earth to be destroyed.

He wore a cross and the manuscripts he produced for patrons were adorned with crosses at the top of the pages. One of his major jobs was to find “evidence” within the Hebrew Bible, that portended Jesus’s life and mission, especially in the Books of Isaiah and Daniel. He distorted the texts and took them out of context.

His Christian commentaries and compositions lacked clarity, consistency and logic. Sensing this discrepancy and detachment, he often excused his questionably-founded renderings by describing them as “the spiritual meaning” or as an “alternative.”

To survive his complicated life situation, he subconsciously developed a defense mechanism: Even though Alfonso de Zamora lived a respectable and successful life, he lived in a make-believe, dangerously fragile world.

In Hebrew, he wrote:

“It is better [to gain] freedom [through] resistance than [to live in] peaceful slavery.”

For Alfonso, life in Spain was tantamount to slavery and prison.

In another text, he declared, “We shall not tolerate the abominations [perpetrated on] the holy seed. We shall die before that!” He imagined himself taking up arms to fight back. Through personal notes and comments jotted in the margins of his manuscripts, his frustration is palpable, as are his resolve and hopes, despite knowing that they may forever remained unfulfilled.

Alfonso excused his stay in Spain by comparing himself to Joseph and Daniel, who remained in their respective lands in order to benefit the world by teaching the beauty of Jewish wisdom to the Gentile power structure.

He saw himself not only as a good, honest, and a faithful Jew, but as a man of noble ancestry, as he cited B. Kiddushin 71b: שתיקותיה דבבל היינו יחוסא, “When people keep silent in Babylonia it means a high pedigree.” He described this adage as “A parable for the wise.”

Alfonso was certain that whoever read his compositions would never be able to reveal his secrets which were lodged deep in his heart.

Alfonso de Zamora recognized that in spite of his furtive life, he was a sinner. But he honestly believed that God would forgive him, as he turned to the divine attribute of compassion, saying: “Shaddai will forgive all my iniquities.”

With such belief, he could survive to his dying day.