In Genie Milgrom's family, hidden Jewish identity was preserved for generations in the food they ate 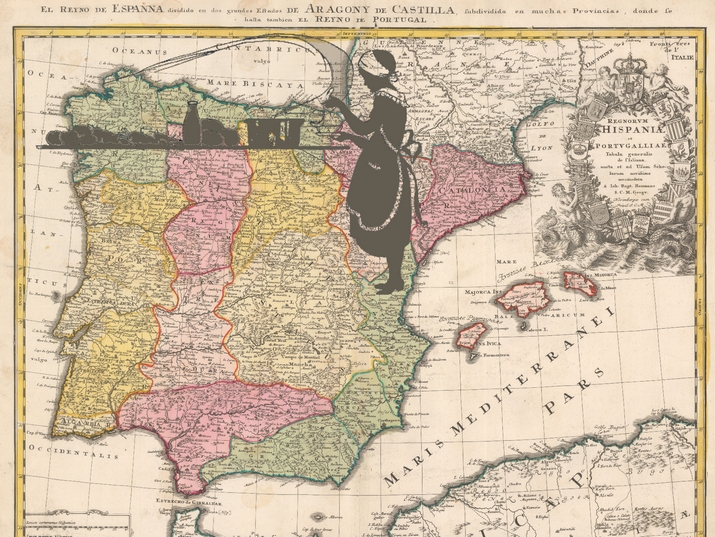 One of the saddest chapters in Jewish history is also one of the more interesting on a gastronomic level. Following the forced conversions in 15th-century Spain, the Inquisition and subsequent Expulsion, many so-called New Christians secretly maintained Jewish beliefs. Practicing in secret to avoid arrest and torturous execution, they are now known as Crypto-Jews.

Many Crypto-Jews conspicuously ate pork to “prove” their Christian faith, while others devised tricks to avoid such transgressions while not giving away their secret.

Nonetheless, clearly not everything Crypto-Jews ate was necessarily related to their true or assumed identity – most foods were probably neutral in this regard.

So what did Crypto-Jews eat? And how have those foods developed over the past 500 years?

The recent book Recipes of My 15 Grandmothers by Genie Milgrom offers a fascinating personal window into the lives and foodways of the descendants of Crypto-Jews across the centuries. 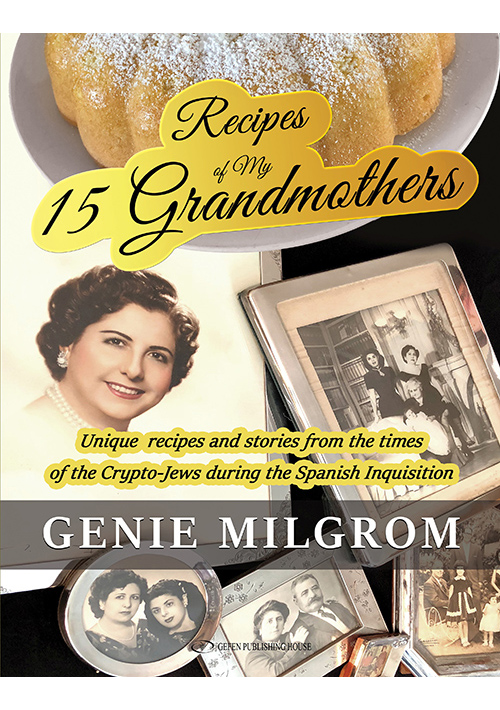 Milgrom’s story is a big part of what makes the book as interesting as it is. Born Catholic in Havana, Cuba, she felt Jewish from a young age. Finally, in her 30s, she converted to Orthodox Judaism. It was tough for a single mother of two, largely disconnected from her old life and still struggling to integrate into a new community.

In time, she began to conduct intensive genealogical research, eventually uncovering “an unbroken maternal lineage going back twenty-two generations to 1405 pre-Inquisition Spain and Portugal.” It turned out that she had actually been Jewish all along!

Still, while names and cold biographical facts drawn from archival records may be significant, what Milgrom really yearned to discover were the more personal details. Turning to her mother, she asked for anything that might have been handed down from previous generations.

Her mom denied having anything. And then fate stepped in.

“Finally, the sad day came when my mom could no longer live in her home, and it was at that moment that I found many old books full of pages of handwritten recipes and scraps of paper with small writing and tiny notes written in light pencil. All of these pages were done in different handwritings, some with more flourishes than others, but always written by the women. With this, I found the recipes of the grandmothers.”

While Milgrom had already written and spoken a lot about her genealogy and her research, this discovery led her to edit and compile the recipes into the cookbook.

Though an experienced home cook, Milgrom was neither a professional chef nor cookbook writer.

She recruited a cadre of friends and colleagues to help her test-cook the recipes, and throughout the book she repeatedly mentions that she had not even tasted all of its recipes herself.

While on the culinary level this might not hold up alongside other contemporary cookbook favorites, there are certainly unique and delicious recipes to be found within. But beyond that, the book is a great exploration of a certain blank spot in Jewish culinary history.

I know of one other book that looks at the subject. Husband and wife professors David M. Gitlitz and Linda Kay Davidson published the fascinating (and award-winning) A Drizzle of Honey: The Lives and Recipes of Spain’s Secret Jews, culling food facts from Inquisition archives and reconstructing the original dishes.

But their recipes, enlightening as they may be, were largely their own approximations and guesses. Milgrom’s book works as a perfect companion — personal recipes to pair with the broader archival research.

Milgrom writes that she was surprised to find no recipes in the entire collection that mixed milk and meat. When I asked her about pork (a major ingredient in Spanish cuisine) she told me, “As a matter of fact, my family recipes only started having pork in Cuba in the 1930s and 1940s.”

Thus, one of the most surprising recipes she uncovered among the collection of hand-bound books and paper scraps was one for chuletas — pork chops.

She could barely bring herself to read the recipe, but when she finally did, she was greatly amused. Though they are called “pork chops”, the recipe is actually a sort of French toast that is disguised to resemble pork chops! Perhaps a more suitable name would be “imitación de chuletas”.

Milgrom claims that they are “the best look-alike to a pork chop that I have ever seen,” and speculates this dish was designed to throw off suspicious neighbors.

I have not made these, nor do I know what pork chops should really look like, but I must admit that I find it hard to believe anyone could be truly convinced for more than just a passing glance. Smell and consistency would be dead giveaways. Still, whether or not this was actually their origin, there is undoubtedly an intriguing history cooked into this imitación.

Perhaps the most oft-repeated aspect of Crypto-Jewish life is the persistence of Jewish practices that generations performed, without even necessarily knowing why. Famous examples include lighting candles in a hidden place on Friday night, circumcision and sweeping towards the center of the room (rather than out the door, so suspicious neighbors wouldn’t know they are preparing for Shabbat).

Throughout the book, Milgrom mentions a number of food-related customs that her grandmother passed on to her, all of them quite clearly having Jewish origins. Examples include checking eggs for blood spots, strictly washing and checking lettuce leaves to avoid all insects, burning a small wrapped piece of dough in the back of the oven (“taking challah”) or even just describing a pareve cake as something that “could be eaten after any meal” with no further explanation.

Most of these were described to Milgrom simply as “family traditions” or things that would bring good luck.

She explains that her grandmother only taught these recipes and techniques to her, though there were four other grandchildren. This makes one wonder how much her grandmother knew about her Crypto-Jewish background. Reading through the grandmothers’ recipes we must ask whether she too pieced together the truth of their Jewish background, or whether something more subconscious was at play.

Unfortunately, we will never know.

For the Holidays and Beyond

On a broader level, there are many other crossovers between the recipes in this book and Jewish food in general. As Milgrom has pointed out, it is worth noting that her family’s recipes are distinct from Sephardic cuisine, as that community blended its Spanish roots with the influences of the areas in which they lived — Turkey, Italy, the Balkans and the Levant, largely. Primarily, her grandmothers’ food is typically Spanish, with adjustments and developments over time.

Many dishes were things that Milgrom sees as more or less connected with Jewish holidays.

Cocido madrileño is a clear stand-in for a Shabbat hamin or chulent – the traditional lunch dish left on the fire throughout the night to avoid the prohibited cooking on the Sabbath. Other recipes appear perfect for various holidays as well, such as the dark fruit cake for Rosh Hashanah and orejuelas y pestiños (“ears and pastries”) for Purim. Sweets shaped like ears and other body parts are prepared for the holiday in many Jewish cultures, with the Hebrew term for hamantaschen being “oznei Haman” or “Haman’s ears”.  Pestiños are a common Spanish pastry often associated with the period preceding Easter, roughly the same season as Purim.

Dulces en almibar are like donut holes covered in a special kind of flavored syrup. Whether intentional or not, they certainly seem Hanukkah-appropriate.

Milgrom also points out how many dishes there are that surprisingly contain no wheat flour, making them appropriate for Passover.

Finally, though distinct from Sephardic cooking, as mentioned above, there are a number of dishes represented that are indeed Sephardic classics. She highlights her grandmothers’ “Decorated Rice” (saffron rice with raisins, almonds and cinnamon) and the pareve flan-like Tocino del Ciello as Sephardic classics. Bollas and rosquillas are other common Sephardic pastries that appear in these pages, too.

While the descendants of Crypto-Jews may now be free to cook whatever they like, their recipes offer a window into generations of kitchens and lives, providing a tangible and tasty link to the past.

A version of this article first appeared on “The Taste of Jewish Culture“. It has been published here as part of Gesher L’Europa, the National Library of Israel’s initiative to share stories and connect with people, institutions and communities in Europe and beyond.