The works of Ibn Sina, also known as Avicenna, served as core medical texts for some 500 years in Europe. His groundbreaking philosophical teachings also transcended borders... 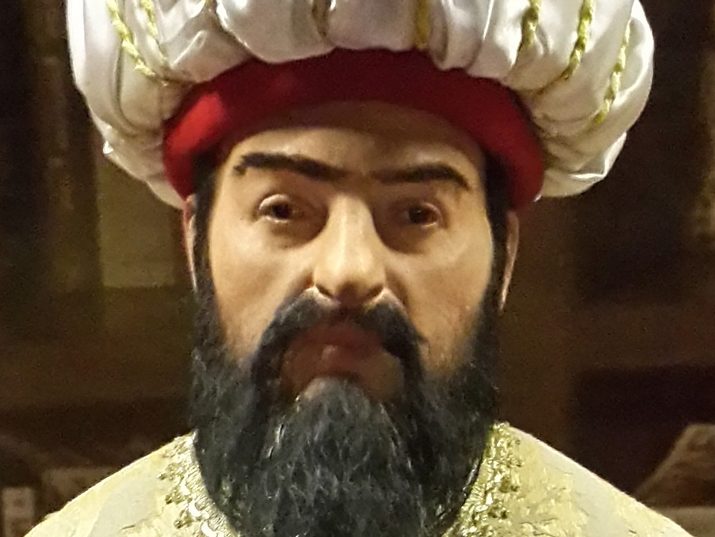 “Medicine is not one of the difficult sciences, and therefore I excelled in it in a very short time” (A statue of Ibn Sina in Istanbul / Photo: باسم / CC BY-SA 4.0)

Abu Ali Hussein ibn Abdullah ibn Sina, (980-1037 C.E.) known in the Western world as Avicenna, is considered to be one of the most celebrated and influential philosophers and scientists of the Irano-Islamic world, authoring more than 450 books in various scientific and humanistic fields. Ibn Sina was educated in Bukhara, the capital of the Samanid Empire, a Persian dynasty in Central Asia. This was a period of reawakening of the Persian national sentiment, which had been glorified by Persian-speaking poets like Rudaki and Ferdowsi. Bukhara was, therefore, considered to be one of the artistic and intellectual centers of the East. Ibn Sina was influenced by the humanistic culture of his surroundings, and by the age of 10 he knew the Quran by heart and had mastered Arabic grammar.

While a teenager, he studied Aristotle and later the works of al-Farabi. He then turned to natural sciences and began studying books on medicine, recalling in his autobiography: “medicine is not one of the difficult sciences, and therefore I excelled in it in a very short time.” Ibn Sina developed a system of medical knowledge in his encyclopedic book Al-Qanun fi al-Tibb or The Canon of Medicine, which was divided into five sections: a general introduction, properties of therapeutic substances, localized diseases, systemic diseases and pharmacology. Translated into Latin by the late 12th century, the book was taught and discussed in European medical schools for some five centuries, greatly impacting medieval and early modern physicians and the medical field quite broadly.

In addition to Canon of Medicine, other medical works of  Ibn Sina were received by philosophers and scientists in the Western world. The Book of Healing (Kitāb al-shifā) was also considered to be one of the major works of medieval Muslim scholarship. If The Canon of Medicine was essentially devoted to prevention of disease and pharmacology, The Book of Healing, known in Latin as Liber Sufficientia, was written as an Aristotelian philosophical summa, consisting of four major parts dealings with logic, metaphysics, mathematics and natural philosophy.

Following Aristotle, Ibn Sina saw the purpose or final cause as that for the sake of which something is done. As a matter of fact, Ibn Sina’s metaphysics of modality implies that all that actually exists is necessary because of its cause.  Though a Neoplatonist, Ibn Sina integrated Aristotelian concepts and ideas into his own corpus. He also ranked among the most influential metaphysicians in the history of Islamic philosophy. In his Treatise on the Soul (Kitab al-Nafs) translated in Latin under the title De Anima, Ibn Sina anticipated Descartes’ radical mind-body dualism. His philosophy was a something of a middle ground between Aristotle’s naturalism and ideas of monotheistic creationism, describing the Divine as the metaphysical “First Cause” of existence, rather than the physical “Unmoved Cause” of motion. For Ibn Sina, the essence of the human being was the soul; the body simply being a dress worn by the soul during its corporeal lifetime.

Ibn Sina insisted on the spiritual nature of human being. It followed that the human being, as a spiritual being, is in need of the intervention of a “Universal Active Intellect”. Indeed, when Ibn Sina discussed Aristotle’s theory of the soul, he also discussed the Greek philosopher’s theory of the imagination and underlined its role in the process of prophecy. Consequently, Ibn Sina held that some souls could attain the state of prophecy through a union with the Universal Active Intellect, as the source of the genesis of human knowledge. As such, Ibn Sina considered man, as a social and ethical being, to be the crown of divine creation, while also accepting that there is a series of heavenly beings between God and man.

He sought to incorporate Islamic themes into his philosophy, while believing that philosophers (rather than theologians) should have the final say on how to interpret the concept of “Being”. He clearly preferred the philosophical way of expressing the concept of “Truth” and considered Truth to be a fundamental philosophical principle that was not limited to theology but also had important ramifications in metaphysics and logic. In fact, when referring to God, Ibn Sina used the Arabic word Al-Haqq (Truth) – clearly demonstrating his mixture of Islamic theology and Neo-Platonism.

On the whole, one has to conclude that lbn Sina was predominantly an astute metaphysician whose works were read and discussed not only by medieval Islamic philosophers such as Averroes and al-Ghazali, but also accommodated and disputed by Christian philosophers, including Thomas Aquinas and Duns Scotus. Undoubtedly, Ibn Sina was a modern thinker who lived in the Middle Ages, and though his obvious brilliance was fully appreciated by the contemporary Islamic world, his full impact only came to the fore after his works were translated into Latin and discovered by European scholars. His passionate defense of philosophy, and his writings on the human body and soul, found many readers who saw in him a great humanist.

As a result, Ibn Sina can be considered a truly universal thinker, whose thought travelled beyond the Iranian and Islamic mental geographies. Like his teacher Aristotle, Ibn Sina believed that philosophy aims at the universal. And, in fact, he was the first philosopher in the Islamic world who tried to establish a dialogue between different disciplines of thought without being afraid of commenting on Quranic issues and incorporating them into his philosophy. This certainly did not endear him to everyone and many among Ibn Sina’s contemporaries criticized his reliance on non-Muslim philosophers like Plato and Aristotle.

Yet today Ibn Sina’s legacy offers a chance to accomplish a goal that he had hoped to achieve in his lifetime: bridging the gap between the Islamic world and the founders of the fundamentals of Western philosophy. The world needs intercultural and interdisciplinary thinkers like Ibn Sina now, more than ever.