Celebrating Passover… as the Ambassador to Egypt

"...we felt it would have been strange to hold a Seder in Egypt" 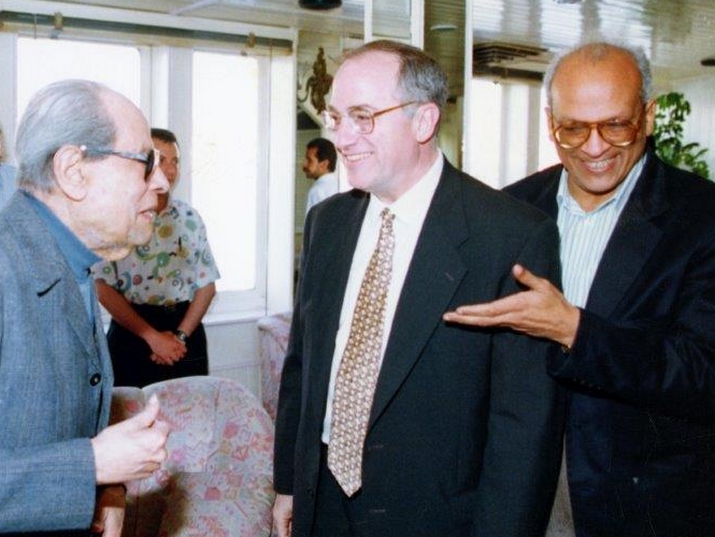 We lived in Egypt twice, for a total of seven years, but never spent the Passover holiday there – for reasons we thought were obvious. Somewhat counterintuitively, as we departed the country each year during our first tour of duty, 1979-82, tens of thousands of Israelis made the reverse exodus to celebrate Passover among the Egyptian antiquities.

Our experiences with other Jewish holidays and Shabbatot in Egypt were quite positive. Perhaps because we were the only kosher household between Eilat and Nairobi, we hosted a stream of visitors, many of whom we had not known previously. Our devout Muslim chef loved Shabbat, and he would often join us toward the end of the Friday night meal to listen to the songs we sang. He and the staff also constructed one of the most beautiful sukkot we had ever seen, made entirely of palm fronds.

However, we felt it would have been strange to hold a Seder in Egypt, with its repeated references to the travails of the Israelites in slavery. Indeed, a senior Egyptian diplomat who had served in Washington told us often that he would gladly participate in any Jewish holiday observance except the Passover Seder.

The best part about our own annual exodus was the opportunity to spend Passover with family. Our “traditions” included rubber frogs that appeared during the recitation of the ten plagues, a play on a range of words and phrases in the Haggadah, and more recently, a variety of charoset ranging from the traditional to Mizrachi to Hawaiian.