The Story of the Chanukah Classic “I Have a Little Dreidel”

The classic song about the traditional four-sided top has become a staple in early childhood Jewish education. 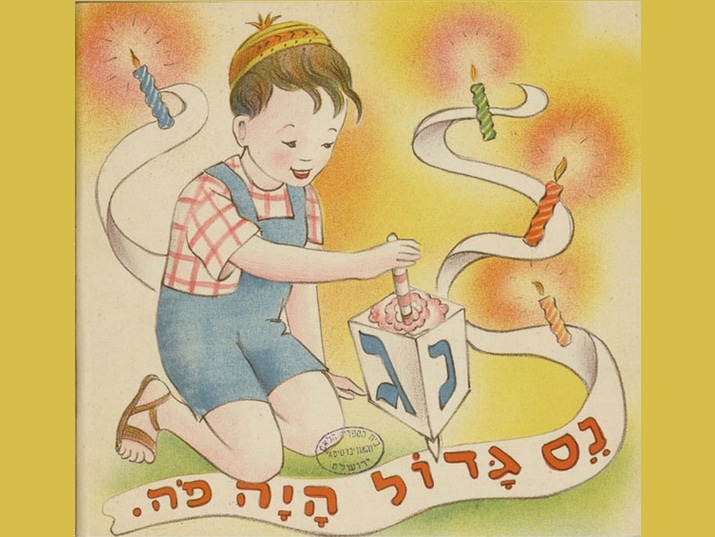 For those who grew up within Jewish tradition or for those familiar with Jewish music, there are several songs that seem to have been around forever. Included on that list is one song that is often taught to children ahead of the holiday of Chanukah to get them into the spirit of the season.

The song “I Have a Little Dreidel” describes the creation of the four-sided spinning top that is used to play the traditional game of dreidel during the Festival of Lights. With its catchy, cheerful and spirited tune and simple to remember lyrics, the song quickly became a holiday classic.

Interestingly enough, according to research by Professor Eliyahu Schleifer, this song was composed by Shmuel Eliezer Goldfarb, the brother of the famous Conservative Rabbi Israel Goldfarb who composed another classic and seemingly timeless Jewish melody, “Shalom Aleichem,” that is traditionally sung on Friday nights to welcome in the Shabbat.

Rabbi Israel Goldfarb was a rabbi and educator in New York who worked for the Young Israel movement. His mission was to renew Jewish liturgy and ceremonies in America using traditional musical motifs. Shmuel Eliezer Goldfarb, his brother, served as the Director of the Music Education Ministry on the Jewish Education Council in New York. This gave Shmuel the opportunity to promote the teaching of music in local schools. The two musical brothers collaborated to promote the teaching of Jewish music and from 1918 to 1929 they published books and pamphlets that compiled different songs to use for various holidays and occasions.

Their joint effort came to an end with the start of the Great Depression. Israel stayed in his rabbinical position, but Shmuel Eliezer moved across the country to Seattle where he served for 38 years, from 1930 to 1968, as music director and choir conductor at the Reform synagogue, Temple De Hirsch Sinai.

Shmuel is most famous for his composition of the song “I Have a Little Dreidel.” The melody was first taught in Seattle schools and then spread across the country, becoming a fixture in early childhood Jewish education and a classic part of the Chanukah repertoire in North America.

Shmuel Eliezer Goldfarb passed away ten years after retiring from his position at Temple De Hirsch Sinai in 1978, leaving behind a legacy of poetry and music.

“I Have a Little Dreidel,” is also available in Yiddish. The Yiddish version entitled “Ich Bin a Kleyner Dreydl,” was written by Shmuel Shlomo Grossman. While the melody of the Yiddish version of the dreidel song is similar to the English version, the lyrics differ with the Yiddish song describing a dreidel made of lead instead of clay and as the dreidel spins, the people join in and spin as well.

Which in English reads:

Both versions of the song express the fun and happiness that comes with the annual celebration of the Festival of Lights and the joyful experience that awaits all who sit down for a good rousing game of dreidel.

Special thanks to Dr. Gila Flam, Head of the music department: music collection and sound archive and music reading room, for her help in writing this article.