The Woman Who Conjured Up Cruella de Vil

She went from selling furniture to becoming a successful screenwriter and author, but she wrote her best-loved and best-known work, The Hundred and One Dalmatians, when she was sixty years old. Her own nine Dalmatians were her inspiration, along with a passing remark made by a friend, that sparked an idea for one of the most beloved villains in popular culture… 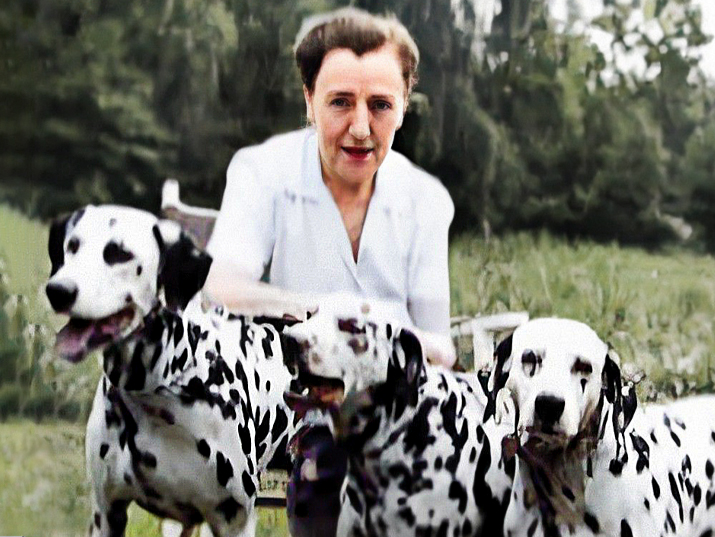 Dodie Smith with her black and white companions

When you hear the word “Dalmatians,” the first thing that probably comes to mind is the Disney movie, though the particular version might vary, depending on your age.

There is also a slight chance that you might also remember the book on which the films are based, and which had considerable success when it was first published. But do you also remember the author’s name? No, it wasn’t Walt Disney. It was an Englishwoman named Dorothy Smith, who was affectionately called Dodie. She gave the world The Hundred and One Dalmatians and the supervillain Cruella de Vil. She was also the author of another bestseller, I Capture the Castle, which was chosen as one of the BBC’s 100 Novels That Shaped Our World, and which was also adapted into a film.

Dodie Smith was born in 1896 and when her father died two years later, she went to live with her mother in her grandparents’ house along with her mother’s unmarried brother and sisters. Little Dodie was everyone’s favorite and she absorbed her family’s great love for the theater. At the age of 18, she enrolled in the Academy of Performing Arts in London, but after a few years she realized that she was not meant for an acting career. To make a living, Dodie began working in a furniture store, but this did not diminish her love for the stage, and she soon turned to playwriting. She managed to sell a screenplay for a motion picture under the pen name Charles Henry Percy and published a stage play under the pseudonym C.L. Anthony, which was also a success.

We’ll never know if she would have been as successful had she published them under her own name, but when her identity was revealed, the furniture saleswoman turned playwright became a sensation (“Shop-Girl Writes Play” blared the headlines). From there Smith went on to become one of the most successful playwrights of her time. Her writing career took a new turn during World War II, when she moved with her husband to the United States. Her longing for home led her to write I Capture the Castle, a book centered on a teenage girl who describes the world around her in her journal, while telling the story of her extraordinary family who live in a crumbling castle in the English countryside. The book captivated readers and was reprinted many times, making Smith not just a successful screenwriter but also a novelist.

But Smith’s most successful book came a few years later, when she was 60 years old. The inspiration for the book were her and her husband’s nine Dalmatians, the first of which was named Pongo, naturally. A friend of Smith’s once commented that Pongo would make an excellent fur coat, and in that instant, the character of Cruella de Vil was suddenly born in Smith’s mind. The rest of the plot would gradually develop around the figure of Cruella.

The book’s success led to a phone call from Walt Disney who offered to turn her story into a movie. The animated film was released in 1961 (Smith loved the film, but was disappointed to not have her name featured more prominently in the opening credits), leading to a rise in books sales, and likely also to the translation of the book into Hebrew in 1966. About ten years after the first book was published, Smith published a sequel titled The Starlight Barking, but it was not as successful as the first and, in fact, the Disney sequels are not based on it at all. Incidentally, Disney also acquired the rights to I Capture the Castle, which was supposed to star Hayley Mills, but due to disputes between the screenwriter and Smith, the project was shelved. After Smith’s death, Disney eventually released the film rights and in 2003 a feature film was made by BBC Films. 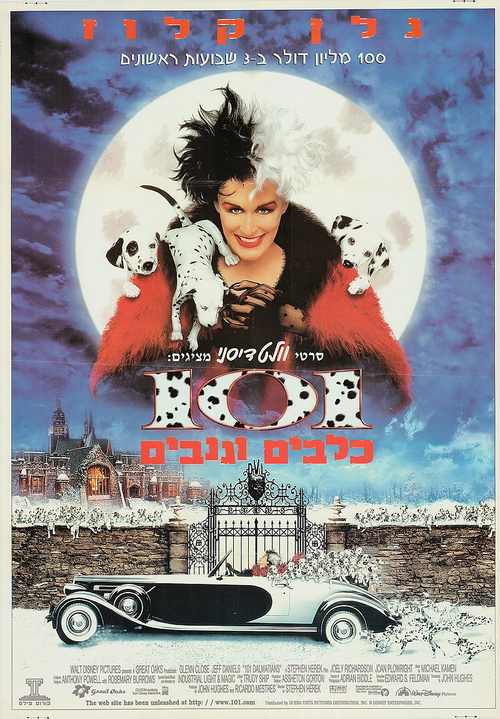 Smith, however, did not live to see the film. She passed away in 1990, four years after her husband, who had died unexpectedly, and left her heartbroken. Her Dalmatian Charlie served as her faithful companion, support and source of strength in her later years. 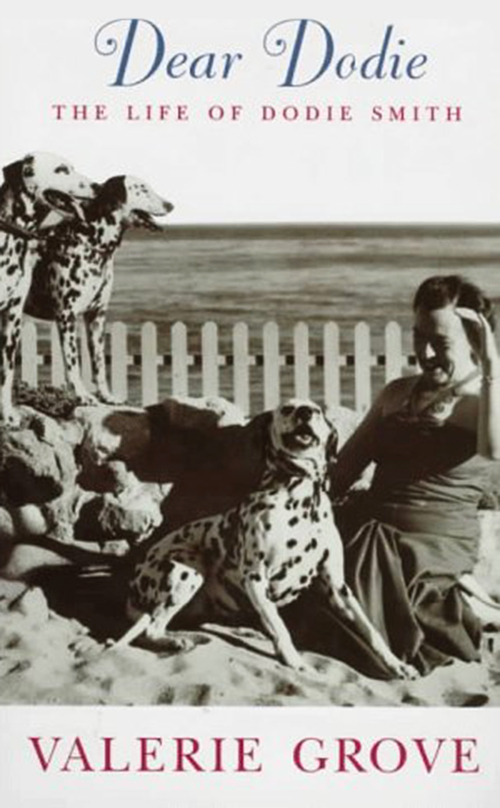 As inevitably happens when a book is adapted to film (even one starring Glenn Close) there will always be nuances that cannot be transferred to the big screen. So it is with Cruella de Vil who in the book is even more ruthless and has an even darker back story. The same goes for the book’s sense of humor, especially as it applies to human-dog relations, as can be seen from the book’s opening lines, “Not long ago, there lived in London a young married couple of Dalmatian dogs named Pongo and Missis Pongo. (Missis had added Pongo’s name to her own on their marriage, but was still called Missis by most people.) They were lucky enough to own a young married couple of humans named Mr. and Mrs. Dearly, who were gentle, obedient, and unusually intelligent—almost canine at times.”

So if you’re a dog person or have an appreciation of finely-crafted villains, or if you’d simply like to read a work by a talented, but unfortunately long-forgotten best-selling author, I recommend adding Dodie Smith’s books to your reading list.

And finally, a full disclosure to readers of I Capture the Castle—I didn’t write this article while sitting in the kitchen sink. 😉