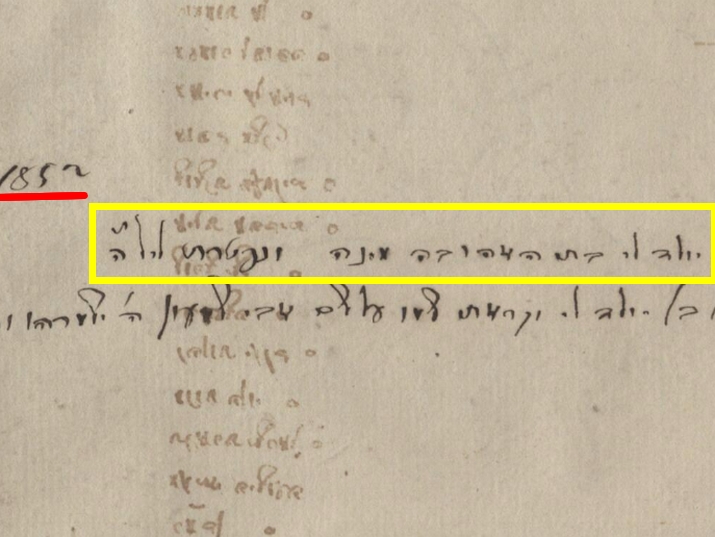 For thousands of years, Jews and Christians alike have turned to the Bible as a means of resolving the many contradictions in their lives. In the 17th century, the Rabbi and diplomat Menasseh Ben Israel turned the tables: he wrote a book named El Conciliador (The Conciliator), in which he attempted to resolve the contradictions within the Bible itself. This was a tremendous task, and his target audience did not consist only of fellow Jews.

In El Conciliador, Menasseh Ben Israel addresses two potential audiences: Christian scholars and clergymen interested in gaining more knowledge about the Jewish faith, and the descendants of the Conversos in Spain and Portugal. The latter wished to return to their Jewish roots after many generations during which they (and their ancestors) were forced to live as Christians.

The book follows a consistent pattern: the author presents two contradictory Biblical verses, describes the precise contradiction he found in them (as the reader does  not necessarily spot the contradiction or in some cases he or she may identify another contradiction instead), and then attempts to “resolve” the contradiction: he makes use of both Jewish and non-Jewish sources, occasionally quoting luminaries such as Seneca or Plato, thereby displaying extraordinary in-depth knowledge coupled with interpretive skills.

It is interesting to note that when Menasseh Ben Israel refers to Plato as an authority he does not hesitate to claim that the father of philosophy was directly influenced by the Jewish religion and that many of his conclusions are based on the Bible.

Like many of Menasseh Ben Israel’s endeavors, El Conciliador was crowned a tremendous success. The book was re-published over the years in a number of editions, and was even translated into other European languages. It established its author as an authority on Jewish sources, and earned him the title “Ambassador of the Jews”. In the wake of the book’s success, an extensive exchange of letters began between Menasseh Ben Israel and Christian scholars throughout the continent. It took over 200 years for El Conciliador to be translated into Hebrew.

“Resolving” the Contradictions of the 19th Century in Hebrew

Little is known about the life of Mr. Raphael Kirchheim, who translated El Conciliador into Hebrew. We know even less about why this 19th century German-Jewish scholar chose to undertake this task. It is possible that as a Jew affiliated with the Reform movement, which attracted many German Jews in the 19th century, he saw the translation of El Conciliador as a project with personal and general-Jewish significance, especially when considering the period in which he was active.

After all, the time in which Kirchheim lived was a period in which the unity which had characterized the Jewish people for much of their history was irreparably ruptured, a century replete with novel Jewish figures: enlightened Jews fighting to reform education and the Jewish library; Hassidim searching for a new spiritual experience; Orthodox Jews struggling to maintain the status quo; and toward the end of this tumultuous century: Zionist pioneers.

Reminiscent of the author of the work he translated into Hebrew, Kirchheim’s translation tells us a thing or two about his own boldness. Kirchheim did not suffice with simply translating, he also wrote his comments (and often reservations) on El Conciliador’s conclusions alongside various paragraphs. In one section, for example, the translator notes that “What the author writes in Rabban Gamliel’s name is a lie, and he said the opposite to his disciples”, and in a later place in the manuscript he notes that “His [Menasseh Ben Israel] words are the opposite and are not found without each other”.

It is unclear whether Kirchheim intended to publish his translation: the manuscript is full of erasures, amendments and internal glosses. Additionally, at the end of the manuscript, Kirchheim documents the names of his relatives, the deaths of his father and his two wives over ten years apart. He does not forget to record the births of his son and daughter. When writing about his daughter, for example, Kirchheim writes “The 3rd of Adar 5601 [February 2, 1841] – was happy and joyful for me because my beloved daughter Mina was born”, two days later he added the heartbreaking words, “And (she) died on the night of the 5th”.

Most of the details surrounding the Ben Israel/Kirchheim manuscript are still unknown to us.

However, the more pressing question is undoubtedly: can the resolution of the many contradictions in the Bible truly bring about friendship between the various members of this tumultuous nation?