What Was This Russian Operative Doing at a Tiny American College?

Home > Soviet Jewry > What Was This Russian Operative Doing at a Tiny American College?
Diaspora

The son of a famous performer, Kirill Chenkin fought in the Spanish Civil War and was recruited by Soviet intelligence prior to joining the faculty of Black Mountain College. He later became a 'refusenik' spokesman... 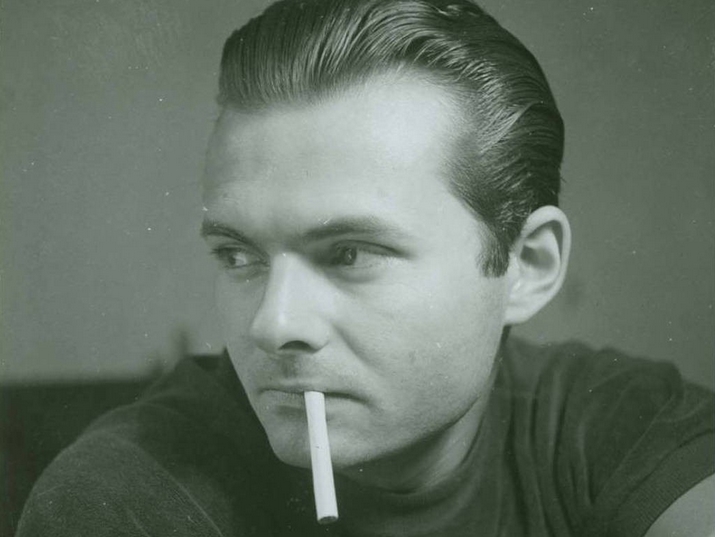 In the early 1970s, a new figure appeared among the “refuseniks” – Jewish activists in the USSR who were denied exit visas to Israel, yet were still persecuted and lost their jobs.

Kirill Khenkin, unusually fluent in foreign languages, served as their liaison to the foreign press and Western dignitaries. Among his mentions that turn up in the online Historical Jewish Press collection of the National Library of Israel and Tel Aviv University, one item noted another oddity for a refusenik: his 20-year tenure as a Radio Moscow commentator.

In the fall of 1973, Khenkin and his wife-colleague Irina finally had their visa requests approved, arriving in Israel two days before the outbreak of the Yom Kippur War.

Yet the mystery around Kirill Khenkin thickened following a recent random discovery in the state archive of North Carolina in the United States: a photo dated 1940 of a debonair young man named Kirill Chenkin, who had a faculty file at Black Mountain College (BMC) as an instructor of French.

Could this be the same person, and what was he doing in the rural American South?

Founded in 1933 in the Appalachian foothills, the experimental, unconventional BMC lasted less than 30 years, but earned an iconic niche in American arts and education.

A museum and arts center in nearby Asheville is dedicated to BMC’s heritage, and publishes The Journal of Black Mountain College Studies. We asked the journal’s editors whether it had ever published anything about Chenkin.

“No, and we have always wondered about him. Would you like to clear up this mystery?”

We took up the challenge, which led us through a range of archives and personal collections on three continents. The intriguing results, which have just been published in Volume 12 of The Journal of Black Mountain College Studies, read much like a spy novel.

Kirill Chenkin, about to turn 24, applied out of the blue to BMC from New York in late January 1940. He introduced himself as a Russian brought up in Paris, a graduate of the Sorbonne who also learned Spanish during “two years of residence in Spain.” The college, always strapped for cash, took him on (at room and board plus $10 a month), on the strength of the excellent American references he had provided, all of them connected to the theatrical background of his parents.

Son of a celebrity

Kirill’s father Victor Chenkin, the son of a Jewish scrap-iron dealer from southern Russia, was a largely self-taught singer and actor, who displayed the impressive talent it took for a Jew to enter the mainstream theater in imperial  Russia. Performing in The Bat – the satiric revue company of Konstantin Stanislavsky’s celebrated Moscow Art Theater – he met actress Elizaveta Nelidova, the scion of a Russian aristocratic dynasty. To marry her under Tsarist law, Viktor must have converted pro forma, and their son Kirill, born in 1916, was thus registered as Russian-Orthodox.

But after the Revolution, when the Chenkins were allowed to go abroad while retaining Soviet citizenship, Victor won international renown with a one-man show that appealed especially to Jewish audiences.

After they settled in Paris, Kirill was raised and influenced mostly by his mother while his father embarked on long, critically acclaimed tours across the United States and elsewhere, including Mandatory Palestine.

“Lida” Nelidova tended more to political activism, and was recruited to run pro-Soviet fronts among fellow expatriates. Kirill too, while still at university and scoring good reviews for his own stage debut, joined a Communist youth movement. Following the outbreak of the Spanish Civil War, Kirill was recruited by a comrade of his mother’s in the NKVD secret police and intelligence agency.

He volunteered for the Soviet-backed International Brigade of the Republican Army fighting in Spain and was directed to join the agency’s outfit within the Brigade. There he acquired combat experiences, as well as expertise in explosives and undercover operations. This was the “residence in Spain” that he cautiously referred to in applying to Black Mountain College.

Only after learning of the prevailing pro-Republican attitude at the college did he disclose having fought for that cause. There is no evidence that he ever revealed his NKVD connection while at BMC, though he did flaunt “red” sympathies.

The dashing war veteran made quite a splash among the students but left few recorded footprints. Kirill kept out of group photos and kept to himself, though he did participate in the almost Soviet-style project in which the students built their own campus. He repeatedly declared intent to remain and naturalize in the United States, but shortly after the construction was completed, he suddenly served notice that he was going back to the Russia that he had left as a child.

None of the explanations that Kirill provided for his abrupt departure – from homesickness to family constraints – seem to add up.

For Kirill and his parents, “repatriation” was ostensibly risky at best. Stalin’s purges were at their height, and, among many others, the NKVD agent who had recruited Chenkin had been recalled, arrested and shot.

Yet, if they did have reason to return, why the circuitous, year-long route they took across America, the Pacific and Siberia to Moscow? A series of clues we detected during the course of our research seems to indicate a plausible answer.

Following his service in Spain, Kirill’s NKVD boss Nahum (aka Leonid) Eitingon was tasked with planning the assassination of Stalin’s arch-rival Leon Trotsky, who was then in exile in Mexico. Eitingon set up an elaborate clandestine network in America for this purpose.

As part of the network, Kirill was apparently prepositioned in an unobtrusive cover location in case his explosives expertise might be called for. He confided to a BMC student that he might be going to Mexico.

Trotsky was murdered in August 1940. There was no need to activate the entire network and its members were gradually withdrawn in the pursuing months. Shipping reports for the Port of Los Angeles show that the Chenkins set sail for Vladivostok on January 11, 1941 with a group of undercover Soviet operatives associated with Eitingon.

From disillusionment to activism

During the German siege of Moscow, Kirill was attached to the NKVD’s  “partisan” combat units intended to stay behind if the Soviet capital fell, but he was soon transferred to assignments that made better use of his linguistic abilities – first teaching, then writing and broadcasting as part of the Soviet propaganda efforts. He evaded recall to operational duties by rediscovering his Jewish identity during the anti-Semitic paroxysm of Stalin’s last days, and was never fully trusted again by the Soviet authorities. He would later recount that his disillusionment with the Soviet system had begun in Spain, but was not firmly cemented until 1968, when – on duty with a Czechoslovak party journal – he refused to justify the suppression of the “Prague Spring”.

Back in Moscow, he became a confidant and spokesman for such dissidents as Andrei Sakharov, the renowned nuclear physicist and activist who received the Nobel Peace Prize in 1975.

If Chenkin’s connection to Zionism and his Jewish heritage was genuine beyond simply being a means to obtaining a ticket out of the USSR, it was certainly short-lived.

After moving to Israel, attending an ulpan in Tel Aviv and making one speaking tour in the United States on behalf of Soviet Jewry, he all but disappeared from the Israeli and Jewish scene.

The Yom Kippur War, which he arrived in Israel just in time to witness, was the first event he reported on for the US-sponsored, Russian-language Radio Liberty. He and Irina soon moved to the station’s base in Munich. The harshly anti-Soviet line in his commentary and publications seemed extreme even to some of his colleagues.

On January 11, 1941, prior to sailing back to Russia, Kirill had cabled the rector of Black Mountain College from the Port of Los Angeles:

“Thanks for friendship. Good luck to you and BMC. Shall write from home.”

There is no evidence that he ever did. The telegram is the last document in Chenkin’s personnel file at the college. It was only late in life that he confided to a friend that in retrospect, his time in North Caroline was one of the happiest chapters in his story and a missed opportunity to change course.

Until his death on the French Riviera in 2008 at the age of 92, Kirill gave varying accounts of his life story. None of them ever mentioned – much less explained – his strange interlude at a remote American college as a possible “sleeper” who was never activated for one of Stalin’s most infamous crimes.

An extended version of this article was published in The Journal of Black Mountain College Studies. It appears here as part of Gesher L’Europa, the National Library of Israel’s initiative to connect with people, institutions and communities across Europe and beyond, through storytelling, knowledge sharing and community engagement.