The Jewish Book That Revealed the Secrets of the Heavens

In 1600, three scholars from completely different worlds met in the “New Venice” castle outside Prague. The meeting lasted three weeks and resulted in a Hebrew astronomy book, as well as in a lesson about the unifying power of love for the sciences and the quest for knowledge 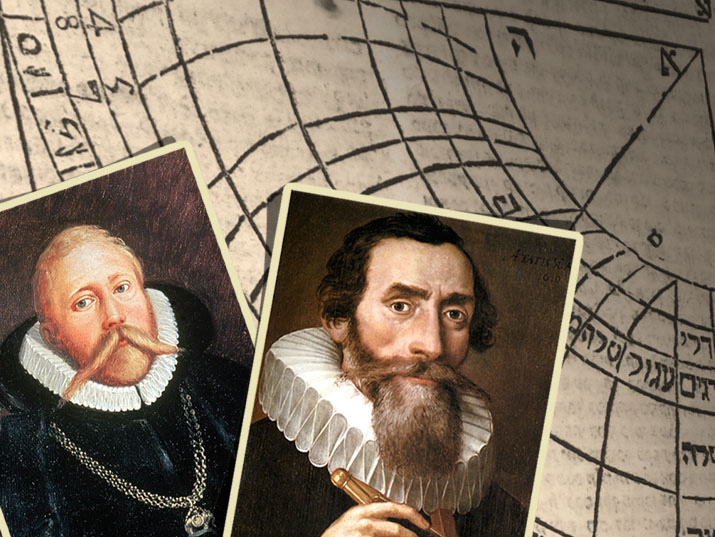 Our story begins in 1599, when Tycho Brahe, the Danish astronomer and nobleman, arrived in the city of Prague in Bohemia (now the Czech Republic), at the invitation of Emperor Rudolf II, after he was forced to flee his own country. Rudolf II, emperor of the Holy Roman Empire, was known for his interest in art, the sciences and alchemy. After moving his court from Vienna to Prague, the city became a magnet for artists and scientists. At the time, Prague was an oasis of tolerance in an empire divided by religious tensions. The city’s splintered religious communities managed to live together in relative harmony.

The same calm prevailed in the Jewish Quarter. Its Hebrew printing house, which was one of the first of its kind in Central and Eastern Europe, had transformed Prague into a center of Hebrew learning. At the same time, the Prague Beit Midrash (a Jewish “house of learning”), headed by the famous Rabbi Judah Loew Ben Bezalel, also known as the Maharal of Prague, attracted scholars from across the Jewish world. One of the Maharal’s students was David Gans, who despite his rabbinical education, was drawn to Renaissance culture and began writing studies on history and the sciences in Hebrew.

The crowded living conditions and various plagues that swept through the Jewish Quarter led the curious scholar to leave Prague, but he diligently continued his studies. At some point, he heard that the most famous astronomer of the day, Tycho Brahe, had relocated his great observatory and astronomy research center to the “New Venice” castle north of Prague, not far from the village where Gans was then living. With a dose of good old-fashioned Jewish chutzpah, the industrious self-taught Gans, who had no formal scientific education, decided to pay a visit to the castle and see how he might gain access and perhaps learn some of the secrets of the universe.

Surprisingly, Gans received a warm welcome, and he remained at the castle for three weeks (likely excluding Fridays and Saturdays), learning from the best minds of the time. He described impressive and complex measuring tools beyond his imagination, as Brahe was known to have made his many discoveries without the aid of the telescope, which was still in its infancy as a scientific tool. While at the observatory, Gans also met and studied with Brahe’s assistant, Johannes Kepler, who was himself destined for greatness in the field of science. Gans also made his own humble contribution by translating Hebrew astronomical texts that were otherwise unavailable to Brahe and Kepler.

Gans wrote the Hebrew book Neḥmad VeNa’im (“Nice and Pleasant”) in which he recounts his meeting with the two great scientists and what he saw and learned while he was in their company. He describes in detail the impressive observatory, and how Brahe would “seclude himself there with his wise men . . . and . . . sit with twelve men, all wise and astute in science . . . and the great analytical tools never before seen and the thirteen rooms all in a row which the emperor had built him, and a special tool in each room.” Gans also explains how the tools were used to calculate astronomical and geographical measurements, thus separating the Ptolemaic cosmological knowledge he was familiar with, from the innovative Copernican astronomy he encountered.

In that time, the distinctions dividing science and mysticism, as well as astronomy and astrology, were fairly blurry. In fact, many scientists and scholars, Brahe and Kepler included, dabbled in occultism. Gans devoted some of his sketches to an explanation of the zodiac, but these were clearly separate from the main content of his book. Apparently, this distinction was intended to alert readers to the value of scientific observation over mystical divination. Furthermore, Gans makes a number of statements in the book that deny the use of astronomy as a means of foreknowledge and argues that this form of knowledge is misguided, and that even the slightest use of the zodiac [as a scientific tool] was wrong in his view. It seems that Neḥmad VeNa’im’s purist, Copernican viewpoint led to a later printing in 1743, 130 years after Gans’ death.

Brahe died about a year after his encounter with Gans and was buried in splendor in the Church of Our Lady before Týn, in the Old Town of Prague. Kepler moved to Prague for a few years where he served as a scientist in service to the court. He resided just a few minutes’ walk from the Jewish Quarter, where Gans had returned to live. We know that Kepler and Gans maintained a correspondence, apparently communicating in German peppered with Hebrew, which Kepler remembered from his studies at the University of Tübingen. According to Neḥmad VeNa’im, Kepler even claimed that the solar system moved elliptically, similar to the Hebrew letter khaf (כ). In 1613, the same year that David Gans died, Kepler left Prague in order to further his research and thus ended the story of these three scholars – a Danish nobleman, a German burgher and a rabbinical Renaissance man – brought together through their curiosity and love of knowledge and science.

One no longer need infiltrate a remote castle to discover what Gans was so eager to learn. His book can now be read on the National Library of Israel website in the original Hebrew. A number of manuscript copies of Neḥmad VeNa’im are also available.

Jewish Thought and the Scientific Revolution of the Sixteenth Century: David Gans (1541-1613) and His Times, André Neher, translated from the French by David Maisel, Oxford University Press, 1986