Architecture in the “International Style” (Bauhaus) in Eretz Israel

When architect Walter Gropius established in 1919 the Bauhaus art school in the city of Weimar, Germany, he had, it can be assumed, grand plans, but no way of predicting that the tradition born with the establishment of this school would change the face of the world of architecture and in the design of many useful products. 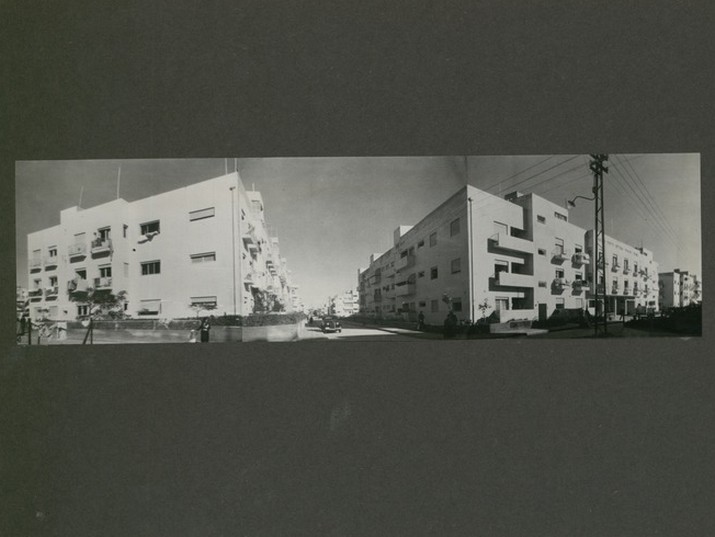 What began as a new idea – the training of artists in a far-reaching integration of theory and practice and the training of artisans – became a widespread worldwide concept, based on the principal of combining simple design with high functionality. Although this school existed for only 14 years and trained only a few hundred graduates, it is considered to this day the cradle of the avant-garde in fine and applied modern art. 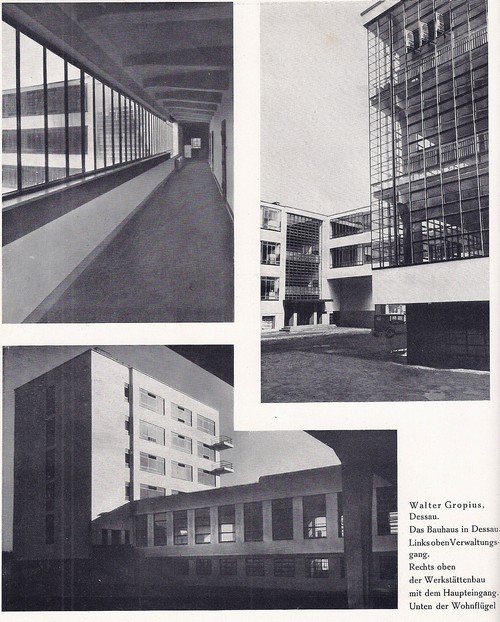 Although at Bauhaus instruction was offered in a wide range of arts and crafts, the focus was always architecture, not only because of the profession of the institution’s founder and director of nine-years, Walter Gropius, but also because of his firm convictions. In his view, all of an artist’s skills should be focused on building as an all-encompassing expression of art as a whole. Gropius succeeded in recruiting first-rate avant-garde artists as lecturers: Paul Klee, Wassily Kandinsky, Lionel Feininger, Oskar Schlemmer, Marcel Breuer, László Moholy-Nagy and others.

The modern and avant-garde atmosphere in Bauhaus was ultimately not suitable to the quite conservative environment in the city of Weimar, and the institution therefore moved to Dessau, several dozen kilometers north of Weimar. It was in Dessau that Walter Gropius built the famous Bauhaus building and the series of Meisterhäuser – homes for lecturers, which exist to this day and are considered gems of this style. Design of the buildings was related to the artistic ideas of the school, and set standards that can be found in the construction of many buildings to this day.

Following the growing influence of the Nazis in the Dessau city council beginning in 1932, the school moved a second time, taking up its final residence in Berlin, until ultimately closing in 1933. The last director was the famous architect Ludwig Mies van der Rohe. Until the closure of the Bauhaus school, its graduates succeeded in disseminating its ideas among a community of modern architects and artists, such that the familiar design style was copied even from architects who never studied at this institution. The Nazis were opposed both to the ideas of Bauhaus as well as to its international atmosphere. Closure of the institution in 1933 was therefore the anticipated consequence of the political changes. Lecturers, students and graduates of the school fled to other countries and continued in this manner to spread Bauhaus’s modernist concepts throughout the world.

The name “Bauhaus” spread quickly even beyond the borders of Europe, and among its students were no small number of citizens of other countries, including students from the Land of Israel. In addition to the four architects who came from Palestine to study at Bauhaus (Shlomo Bernstein, Munio Gitai-Weinraub, Shmuel Mestechkin and Arieh Sharon), a sizable number of Bauhaus graduates or architects and artists influenced by it arrived in (or returned to) Palestine: Erich Mendelsohn, Richard Kaufmann, Genia Averbuch, Mordechai Ardon, Isaac Rapoport and others.

With the activity of these artists, and mainly that of the architects among them, a characteristic building style was created that can be encountered to this day in Israeli cities and even on kibbutzim. The strongest manifestation of this style is in Tel Aviv’s “White City”, which features the largest group of buildings in the International Style in Israel: some 4,000 different structures can today be found in Tel Aviv, for example in the area of Dizengoff Street, Bialik Street and Rothschild Boulevard. This collection was declared in 2003 a World Heritage Site (by UNESCO).

Buildings of this style can be found in other cities as well, including Jerusalem (the Rechavia neighborhood, the Hadassah Hospital at Mt. Scopus, Villa Schocken, Beit Ha-Ma’alot, and others) and in Haifa. The Rechavia neighborhood was planned by the German-Jewish architect Richard Kaufmann, who was also responsible, inter alia, for planning the Tel Aviv’s “White City” and Kibbutz Nahalal. Shmuel Mestechkin shaped the face of many kibbutzim, mainly through their dining halls, such as Kibbutz Na’an, Mishmar Ha-Emek, Mizra, Yad Mordechai and others. The influence of the International Style on architecture in Israel was so tremendous that even to this day we plan and build buildings that have distinctive features from the repertoire of the International Style.