American Pride and Prejudice at the 1936 Olympics

Home > Antisemitism > American Pride and Prejudice at the 1936 Olympics
Diaspora

​The story of Jesse Owens at the 1936 Olympics is well known. What is not well known is that Jesse Owens nearly didn't compete in one of his gold medal wins, just so his Jewish teammates could... 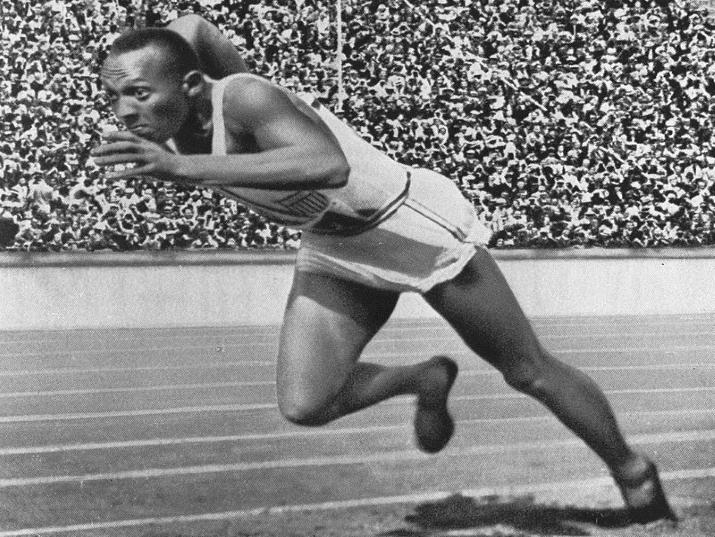 ​The story of Jesse Owens, the African-American athlete whose mere presence was an affront to Hitler in the 1936 Berlin Olympics, is perhaps the most well-known story to come out of those games. The fact that he won four gold medals was a stark counter to the Nazi propaganda machine and a slap in the face to the Nazi organizers.

What is perhaps not well known is how Jesse Owens almost didn’t compete in one of his gold medal wins, the 400 meter relay race.

While it is obvious that Nazi Germany would be prejudiced and biased towards black and Jewish athletes, it must be said that within the United States there was also prejudice towards Jewish athletes at the time.

A short report from Berlin in The Sentinel shows the overt prejudice. Sam Stoller and Marty Glickman were the only athletes on the U.S. team not to participate in the games. They were also the only Jewish athletes on the team. To add insult to injury, they were only told on the day of the event that they would not be able to compete.

Jesse Owens’ sense of justice came to the forefront and he offered to give up his spot in the relay race in order to let his teammates run in the competition. The solidarity between Owens, Stoller and Glickman is an example of how the time period created an alliance between minorities within a society that was biased against them on the basis of their race.

At the time both Stoller and Glickman denied there was anti-Semitism involved, though later in life, Glickman would say that it had in fact been fueled by anti-Semitism. This fact becomes starker when you consider that Avrey Brundage, then-chairman of the American Olympic Committee, was unapologetically pro-Nazi and admired Hitler himself.

The 1936 Berlin Olympics, possibly the most contentious modern Olympic event in history, was a symptom of the conciliatory policies towards Nazi Germany.

At the time there had been demands to boycott the Olympic games by various amateur athletic groups, such as the Committee on Fair Play in Sports in America. The Committee even released a booklet detailing the ways in which Nazi Germany went against the ideals of the Olympic games. The boycotts were not successful, thanks to the work of Brundage and others to get the American team to the Olympics in Berlin.

It is no secret that Hitler’s intention was for the Berlin Olympics to prove the racial hierarchy he tried to implement.

Sam Stoller and Marty Glickman’s story during the 1936 Olympics remains a footnote to the history of those turbulent times, and to the inspirational story of Jesse Owens, who became a symbol of audacity and courage, embarrassing Hitler and the Reich at their very own games.