Photoshop In the Service of a Mid-Nineteenth Century Rabbi

If you were a young Rabbi trying to win over members of a new community during a religious crisis, what would you do? 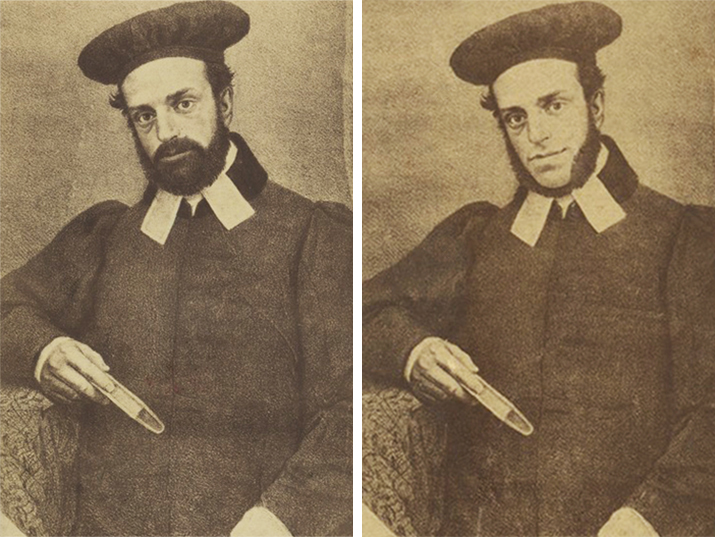 Rabbi Hirsch at a young age – spot the differences. The photographs were taken from the Avraham Schwadron Collection, National Library

Throughout the nineteenth century, Jewish communities and individuals alike were torn between two conceptual extremes: the orthodoxy espoused by the Hatam Sofer (Rabbi Moses Sofer) and his followers, which called to oppose the rapidly developing modernity at all costs, and the Reform movement that wished to adapt Judaism to the spirit of the times.

The “Torah Im Derech Eretz” approach developed by Rabbi Samson Rafael Hirsch sought to map out a middle path – a median between total opposition and complete reform. Stemming from his fundamental understanding of Jewish law and religion; in his worldview, there is no contradiction between living a life in accordance to Jewish law and the scientific developments and ideas at the core of modernity. Effectively, Rabbi Hirsch saw modernity as an opportunity which should be intelligently employed: he wanted to channel it to enhance Jewish culture and religion in Europe, instead of contradicting them.

Under Rabbi Hirsch’s confident leadership, the community quickly flourished from the 11 members he found on his arrival to five hundred. The middle path attracted Jews who had yet to affiliate themselves with either Reform or Orthodoxy. In his battle for the heart of the Jewish masses, Rabbi Hirsch recruited modernity to his side.

We can see the fascinating use of one of the greatest technological inventions of the 19th century in a photograph of Rabbi Hirsch. Alongside the very use of the astounding technology of photography – which became widespread throughout all groups of Judaism – the Rabbi used a specific new technology – cutting and pasting.

A hundred years before the invention of Photoshop and similar graphics editing software, we find a photograph of the distinguished rabbi that had been “tampered with”. The correction is not for reasons of modesty, but a superficial comparison of the two photographs is sufficient to detect the difference: in the “corrected” photograph, the Rabbi’s face has been covered with impressive facial hair. 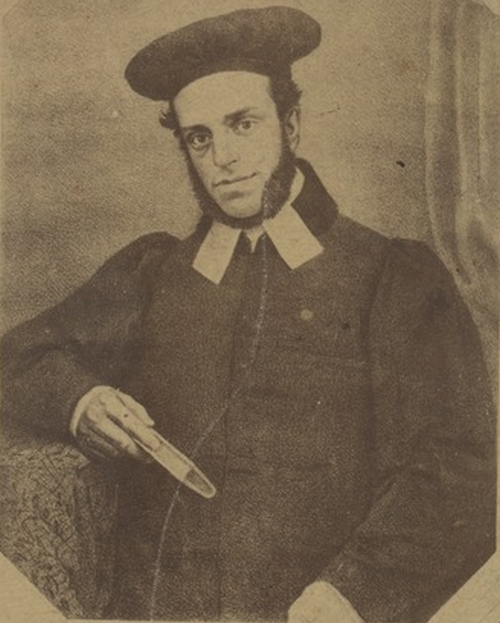 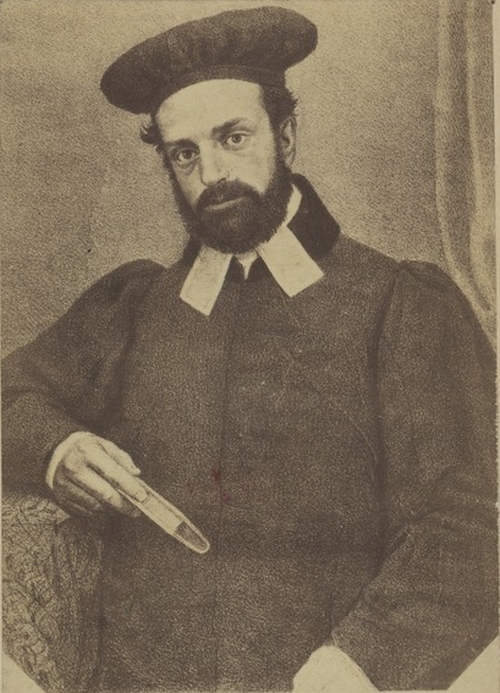 We don’t know the precise circumstances which led the photograph to be “corrected”. It could be that the Rabbi believed in the unifying power of facial hair which ages its owner and gives his teachings extra validity in the divided Jewish world of the 19th century. And it could be – and is more likely – that the photograph was edited by a company who specialized in printing and selling portraits of important Jews, thinking that a photograph of a bearded Rabbi would increase its sales.

What do you think?