The Path of the Orange Peels: Nachum Gutman’s Adventures Under Ottoman Oppression 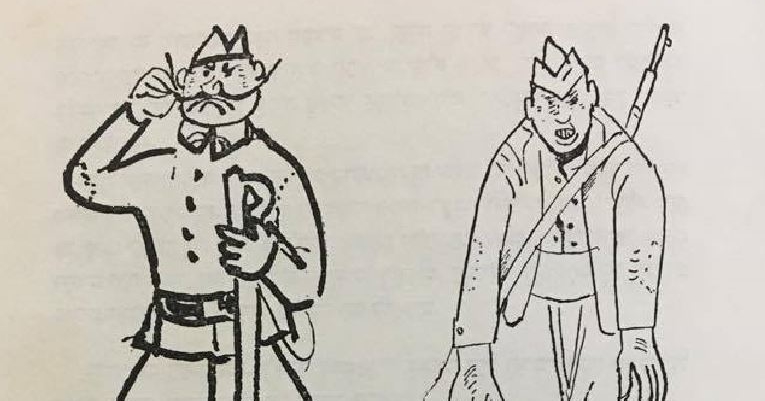 In 1910, within a year of its establishment, the neighborhood changed its name to Tel Aviv. This decision was taken at the end of the especially tumultuous meeting devoted to finding a new name for the future city – the runner-up was “Neveh Jaffa”, and “Herzliya” was also one of the suggestions.

Gutman did not burden the readers of the book about his childhood experiences with all these details. As the author and artist wrote on the page before the first introduction to his book “Path of the Orange Peels”:

“At this period of time – when Tel Aviv has the form of Tel Aviv as preserved in the memory of its first residents – my story begins.”

The story of the young boy from Tel Aviv essentially begins when he was exiled from it. He was not the only one exiled, the entire Jewish population of Tel Aviv-Jaffa was deported together with him. This was the order of the failing Turkish regime which was infuriated with the Jews who refused to enlist in the Ottoman army (and understandably so), and who often supported (either by actions or in their hearts) the British army in the First World War, which had already broken out.

We are, of course, unable to follow the entire plot of Nachum Gutman’s childhood adventures. However, it is sufficient to encounter the events which begin the book to be persuaded that only great authors really managed to reveal the true face of the war – the war as a complete absurdity.

This was the cry Nachum Gutman heard on the morning of a typical day, as typical as mornings during a world war can ever be. Gutman dashed out of his house and discovered “the open mouth of the neighbor the beekeeper which was flowing with blood”, a souvenir from the beating he had received from two Turkish soldiers.

The soldiers’ appearance, especially their “worn clothes and gaunt faces” stirred up mixed emotions in the lad. Were the soldiers’ violent and aggressive behaviors – theft and breaking into the precious beehives – not sufficient reason to develop feelings of hatred toward them? If so, why did he only manage to feel pity and mercy for these two wretched people?

When the commotion ended, Gutman returned to the hut his deported family lived in. His grandmother called him to eat breakfast, and only after he finished the last bite, as she was concerned he would choke, the grandmother commanded her grandson:

Grandma told Gutman that the Turkish soldiers, crazed from hunger, are searching for strong boys to enlist in the army. As Tel Aviv is desolate they went to search for recruits among its deportees.

“Return to Tel Aviv at once”, she issued her order, “before the Turkish army encircles all of Petach Tikva”. She quickly put a quarter of a loaf of bread made from dura flour in Gutman’s pocket, and did not forget to add: “You will find oranges on the way. Go, for God’s sake.”

Thus, the exiled boy was forced to return to the city from which he had been exiled, while avoiding attackers and robbers.