Habiba Msika reveled in the pleasures of free love in 1920s Tunis. A rejected paramour ultimately took her life 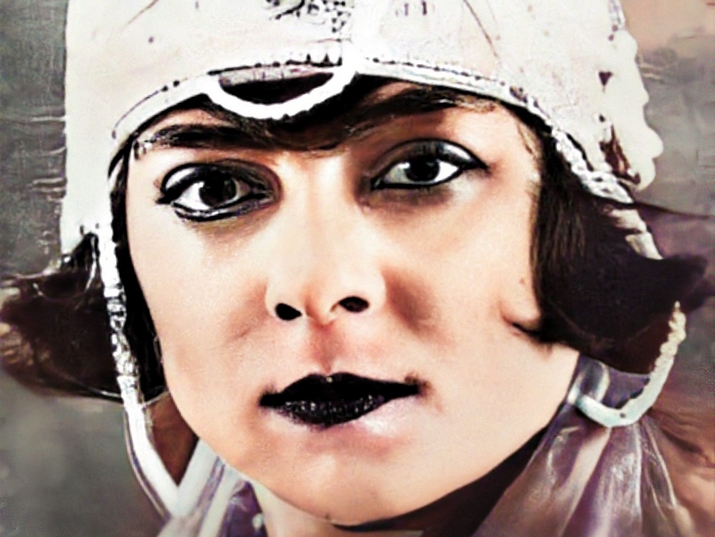 Tunisian singer and actor Habiba Msika was a legendary figure in Tunis’s 1920s art scene. Msika’s bold nonconformity and tragic fate resonated deeply with her contemporaries, and fascinate me now: I marvel at how she subverted the patriarchy of her time, though violence born of that very misogyny would one day kill her.

Born in 1899 or 1900 to a family of musicians living in Tunis’s hara (or Jewish quarter), Msika began her musical training at a young age. She was instructed by her aunt, Leila Sfez, who had herself been a diva and cabaret owner. Under Sfez’s tutelage, Msika learned classical Andalusian music (Maalouf) and oud. But it was as a cabaret singer, dancer, and actor that she would become something like the Madonna of her time.

A rebellious soul, Msika crossed boundaries in all that she did: she insisted on playing male roles in her theatrical career (sensing they’d give more range to her talent), and is said to have been the first singer in the country to mix dance and song, a practice that electrified her performances. Despite furious attacks from the conservative press, she sang dozens of songs reveling in the pleasures of free love. The song “Ala Srir Ennoum,” which translates to “In My Bed,” is one of them.

Offstage, Msika’s life was just as dramatic. She was often referred to as “l’aimée de tous”, or “Habibat al-Kul” — a play on her first name that translates to “beloved by all”. It’s said that she counted princes of Egypt, Iraq, and Tunisia among her lovers. And she presided over a devoted fan club, a group of male admirers called the Asker Ellil (Soldiers of the Night), who sometimes provided her with financial support. Even so, she amassed a personal fortune through her performances, and was able to achieve financial independence.

Tragically, it was from the Asker Ellil that Msika’s murderer emerged. A much older man named Eliyahu Mimouni became obsessed with her and vowed he’d make her his wife. For five years, he tried to woo her with endless gifts, including a villa she refused to set foot in. Finally, after Msika announced that she would marry her long-time partner Raoul Merle, the enraged Mimouni entered her home one night and burned her to death.

She was thirty years old.

This new rendition of “Ala Srir Ennoum” was recently performed in homage to Habiba Msika’s free and defiant spirit:

A version of this article was originally published by Ayin Press, an artist-run publishing platform, production studio, and research collective rooted in Jewish culture and emanating outward. It was part of Ya Ghorbati: Divas in Exile, a multimedia folio created by Laura Elkeslassy, which takes readers on a musical journey across North Africa to rediscover Judeo-Arab divas from the early twentieth century through the 1960s.

In Ya Ghorbati, singer Laura Elkeslassy musically excavates her family’s history in Morocco, France, and Israel, coming face-to-face with forgotten ancestors and reclaiming a lost family name. Developed in collaboration with music director Ira Khonen Temple, this project weaves together the stories of Judeo-Arab divas from the last century with original recordings and new performances of folk and sacred music. Ya Ghorbati looks across time and space to tell a tale of political upheaval, exile, and displacement—ultimately questioning the supposed binary of Arab and Jew. The project was made possible by the Greater New York Arts Development Fund of the New York City Department of Cultural Affairs, administered by the Brooklyn Arts Council; Rise Up; and the New Jewish Culture Fellowship.

An adapted version of the article appears here as part of Gesher L’Europa, the National Library of Israel’s initiative to connect with people, institutions and communities across Europe and beyond, through storytelling, knowledge sharing and community engagement.