Who Was the Real Model for Kafka’s Gregor Samsa?

Home > Diaspora > Who Was the Real Model for Kafka’s Gregor Samsa?
Diaspora 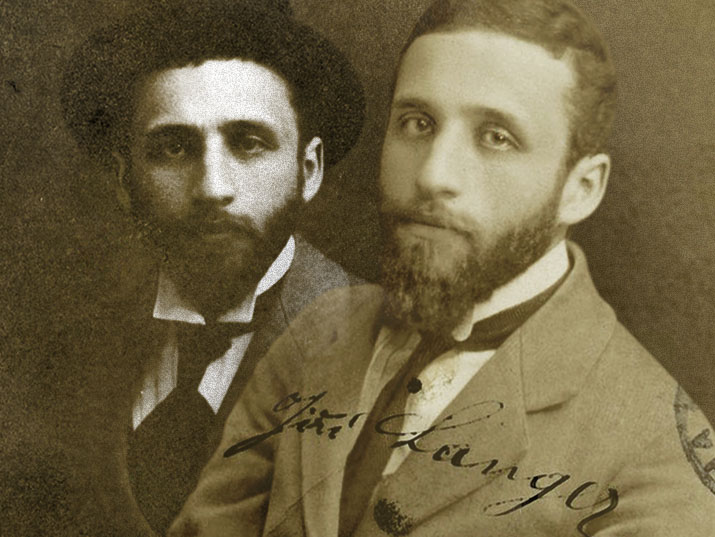 One of the most famous stories ever written in Prague is Franz Kafka’s The Metamorphosis, which tells of a man who wakes up one bright morning to discover that he has become a “monstrous insect.” Reams have been written about the infinite symbolism of this story, which many see as a kind of great modern parable about rootlessness and the absurdity and helplessness of the human being faced with an irrational world. The best and brightest have offered complicated and bizarre interpretations about the grotesque insect that must face the hardships of reality and his immediate surroundings. Yet, it may be that the story’s inspiration is based on a real person—a Jew who lived in the city of Prague.

That Jew is Jiří (Georgo) Mordechai Langer, a local intellectual from a family that could be defined as Jewish, Czech, and even a bit German. They lived a comfortable bourgeois life outside of the Jewish Quarter, which many Jews in Prague had left behind in the as part of the Jewish emancipation process toward full citizenship. But something about Langer was different. He saw himself, first and foremost, as a Jew with a spiritual destiny. Langer’s spiritual journey took him to the Hasidic courts of Poland, and when he returned to his family in Prague, he looked like someone who had undergone a transformation. He had adopted the way of life, as well as the clothing, of a Belz Hasid. This was completely alien and even embarrassing to the Jews of Prague, who had left the ghetto life behind. Langer even behaved like an ascetic, eating only bread and onions, and walking at a fast pace, as was the Hasidic custom.

At the same time, in Prague Langer acquired a deep and even poetic knowledge of Hebrew, while writing about the world of Kabbalah and Hasidism. He made a name for himself throughout the city thanks to his vast scope of knowledge, and among his Hebrew students was the as yet unknown writer Franz Kafka, who in one of his letters referred to his teacher as “the Westjude [lit. Western Jew] who assimilated into Hasidism.” Kafka witnessed Langer’s feelings of alienation from his own family, and one can note many similarities with the character of Gregor Samsa, the protagonist of The Metamorphosis. Langer’s brother, the writer František Langer, also noticed the resemblance. In any case, scholars today see a close connection between the city of Prague and the stories of Franz Kafka, and between Kafka and the Jewish community of Prague.

Nearly a century has passed since Kafka’s Hebrew lessons and fascinating encounters with Langer. Nevertheless, their respective literary legacies can be found under the same roof at the National Library of Israel in Jerusalem, alongside the archives of other members of Prague’s Jewish intellectual circle of those days, among them the writer Max Brod and the philosopher Samuel Hugo Bergmann. Prof. Dov Sadan deposited Mordechai Langer’s archive at the National Library, a collection which includes letters, copies of manuscripts, a few photographs and, for the most part, printed material related to the literary activity of the man who might very well have been the inspiration for Kafka’s best-known story.