Home > History of Israel > The Cry
Land of Israel

A lamentation for Nechama, mother of Alec 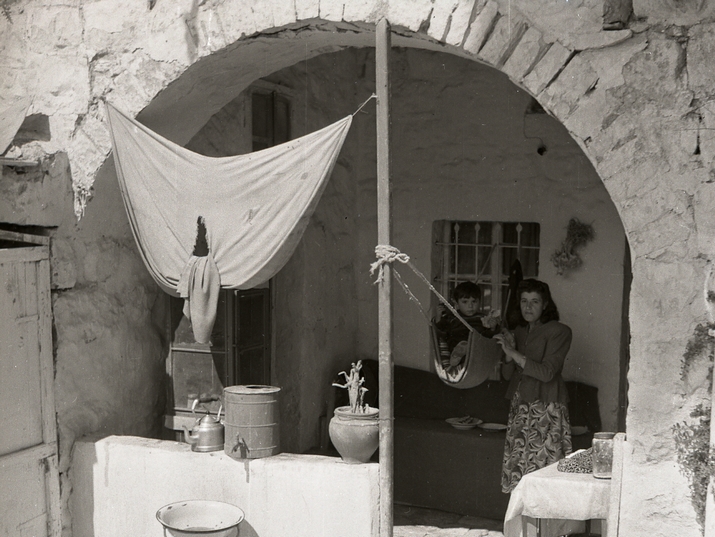 A mother and child in Jerusalem, shortly after the War of Independence (Photo: Beno Rothenberg). From the Meitar Collection / National Library of Israel

There is no single memory for everyone. Each person has a willow upon which to hang one’s violin. Mine is the story of Nechama, the mother of Alec.

There is a headstone in one of the hidden corners of Jerusalem’s Har Menuchot Cemetery, in one of the first plots added as the city was engulfed in war in 1948. I would like to place its story here, like the stone traditionally placed on a Jewish grave; on the graves of all of those who have fallen in this land, on those of the friends and the foes, on all of those who gave their lives out of love for it. All of them, all of them, with great love.

On the eighth of Tammuz 5708, the fifteenth of July 1948, Nechama was brought for burial in the Sheikh Bader cemetery. She was the mother of Alexander Yehuda Cohen –  Alec as he was known – a simple soldier, a corporal who was killed a few months before, on the fifth of Shvat, the night between the fifteenth and sixteenth of January, along with all of his friends in the “Mountain Company”. Half a year passed between the death of the son and the death of his mother.

Alec, eighteen years old at the time of his death, was the only child to Nechama and his father, Moshe. According to Alika who was a year younger than him and from whom I learned the little I know, Alec was exceptionally brilliant, gentle and sensitive. No one – not even his parents – knew about his enlistment.

But it is not the story of Alec that I wish to share. You may read about him elsewhere, and I don’t have anything to add to what can already be found there. I would like to share something about his mother and her grief, about Nechama, and also about his father Moshe and his grief, as I heard it.

In those days families did not hear about the death of a son from a messenger who came to the house. At least not everyone did. Usually not even via telephone, which there wasn’t, anyway. Often, they found out about it from the daily newspaper. In those days there was no home delivery of newspapers; subscribers had to go to the nearest newsstand where theirs would be waiting. The closest to Alec’s house at 10 Rashbam Street in Mekor Baruch was just a few dozen meters away on Tachkemoni Street. There, on that Friday morning, the sixth of Shvat, was where his father took his newspaper and learned that Alec was no longer among the living, the third of 35 who had grown up together in the tiny area of Mekor Baruch bordered by Rashi, Rashbam and Tachkemoni Streets. He erupted in a terrible cry of pain that startled the quiet neighborhood, a cry that went on and on, and was heard from one end of the neighborhood to the other; back and forth, with no end, until he reached his home. By the time he arrived, there was no longer any need to share the news.

The story of that cry, that one cry, I heard a few times from Alika, and also from Gouri who echoed her story time and again. When he told it, he was startled as if at that very moment he was hearing that terrible cry of the grieving father, rolling on and on, without rest. Anyone who knows how to take on some of the pain of another will hear that terrible cry in the ears of his soul, that which is somewhere between the roar of a lion and the howl of jackal.

Nechama died within the year. Just a few months after the death of her son, her grief overwhelmed her. When Moshe, a sensitive and introverted artist, transferred her to her final resting place, he had the following placed on her headstone:

And at the base of the headstone he added – “In memory of her only son”. Above it the father placed the figure of a lioness lying down, her eyes closed and her paws spread over the top of the tombstone, perhaps protecting her dead son, perhaps preparing herself for the great roar – that rolling roar that would roll from its place, roll and cry, roll and howl, quickly to the hill, from the hill to the valley and back to the mountain again, God forbid. And will not rest.