The sixth annual Docu.Text Documentary Film Festival will take place online from the 15th to the 25th of November, 2020 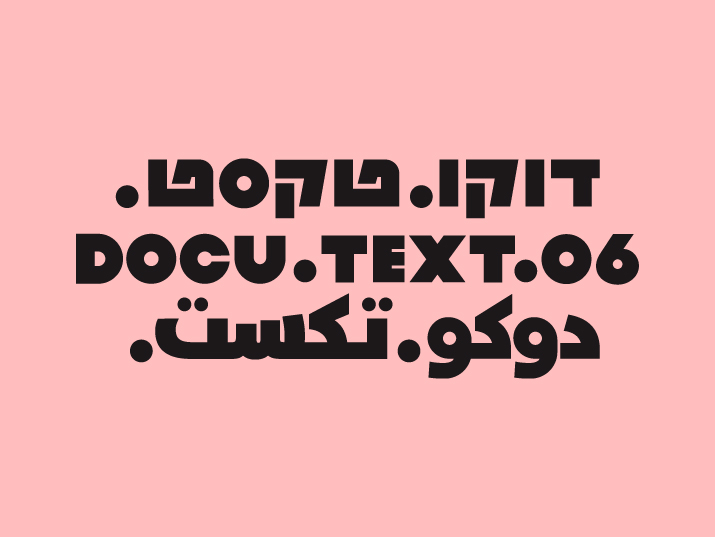 Due to the pandemic, this year’s sixth annual Docu.Text Film Festival is going digital.

Two parallel online festivals will be held November 15-25: one for international audiences and one for audiences in Israel, both of them featuring award-winning documentary films, Q&A sessions, and an array of special events.

The international festival will highlight some of the best Israeli documentary films from years past, including, among others:

The Jerusalem Dream, a personal story of Ethiopian immigration to Israel;

The Wonderful Kingdom of Papa Alaev, a colorful look at the internal life of one of Tajikistan’s most famous musical families, followed by a Q&A with the filmmaker;

Picture of His Life, a retrospective with renowned Israeli nature photographer Amos Nachoum, followed by a Q&A with Nachoum;

You Only Die Twice, a suspenseful thriller of stolen identity and a charged meeting between descendants of Jews and Nazis, followed by a Q&A with the filmmaker;

Golda, the story of Golda Meir’s term as prime minister, followed by a talk with Dr. Michal Asaf Kremer.

The Israeli festival will feature both Israeli and international documentary films, with a number of films and talks related to cultural and political protests, including, among others:

Meet the Censors, a first-hand look at censorship from Iran to China;

and Four Mothers, about the struggle of four women to get Israel to withdraw from Lebanon in the 1990s.

New films on female writers who have affected minds and societies will also be screened, including Margaret Atwood: A Word after a Word after a Word is Power; Worlds of Ursula K. Le Guin; Ferrante Fever; and Rain in Her Eyes, about legendary Israeli children’s author Dvora Omer, followed by a look at items from her archive at the National Library of Israel and a conversation with her son, who made the film.

The Docu.Text Film Festival is produced in collaboration with the Docaviv Film Festival. International Docu.Text is part of “Gesher L’Europa”, the National Library of Israel’s initiative to share stories and connect with people, institutions and communities in Europe and beyond.

For more information and tickets, please visit the Docu.Text website.