Message sent to 'The Holy Ari' reflects his influence at the time, outside the mystical realm 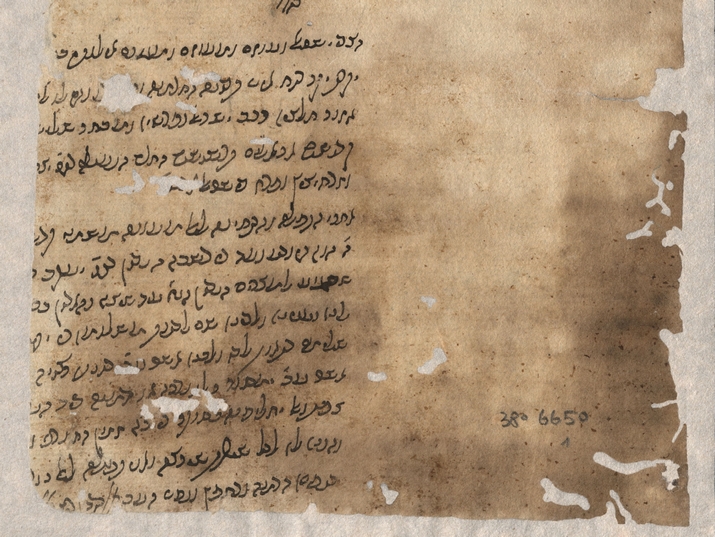 The influence of renowned 16th century Kabbalist Rabbi Isaac Luria continues to be felt to this day. Also known as “The Ari”, “The Holy Ari” or “The Arizal”, Rabbi Luria promulgated new Kabbalistic concepts, and many customs adopted by his students, such as the “Kabbalat Shabbat” service, have since become staples of Jewish tradition worldwide. Rabbi Luria (1534-1572) was born in Jerusalem, grew up in Egypt and famously lived in the Galilean city of Safed. He is regarded as one of the most important figures in the history of Kabbalah, yet no physical manuscripts on mystical topics that he himself wrote are known to have survived. Practically all that we know about him has come down through the students who surrounded him in Safed, first and foremost Rabbi Chaim Vital.

Nonetheless, some tangible evidence of Rabbi Luria’s life has survived, including this fragment of a letter that was sent to him during a period in which he lived in Egypt.

The letter, now preserved at the National Library of Israel, was written by someone named David, who asked the Ari to support the efforts of a fundraiser sent from Safed. The content of the letter clearly indicates that the Ari was an internationally respected figure even during his own lifetime, and it reflects his prominence and influence not just in the realm of Kabbalah, but also more broadly in the eyes of his 16th century contemporaries in the Land of Israel and the Jewish Diaspora.

A few other original documents relating to the life of the Ari have been found in the Cairo Geniza, but this singular letter was preserved in a unique way: discovered in the binding of a book. Long before the invention of cardboard, bookmakers would glue together scraps of paper and parchment in order to make bookbindings. For decades, legendary American-born Jerusalemite Ezra P. Gorodesky would painstakingly disassemble antique bookbindings, in many cases discovering treasures like this one and donating them to the National Library of Israel, which he saw as their rightful home.

Ezra passed away in 2020, though his many discoveries will continue to enrich the academic world and the broader Jewish story for generations to come.