Some 100,000 Jewish soldiers fought in the ranks of the German army, approximately 12,000 of whom died on the battlefield 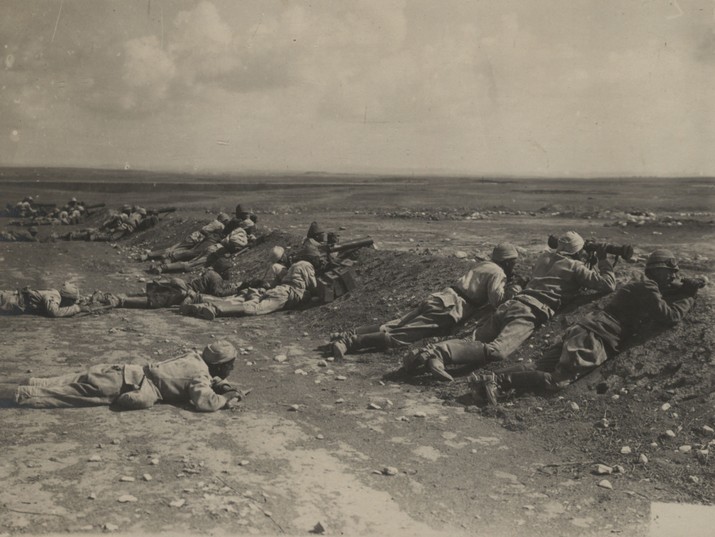 World War I broke out in July 1914 and officially ended on November 11, 1918. Humanity had never seen the horrors of war on such a massive scale, with over forty countries taking part in the war with some 70 million soldiers in action on different fronts throughout the world.

During the war, clashes took place between the most powerful forces in the modern world with the Austro-Hungarian Empire, Germany and the Ottoman Empire (and briefly Italy) on one side, and Britain, France, Russia, and later the United States on the other.

As a result of the war, some 20 million people died and the world’s great empires fell. Czarist Russia was replaced by the communist Soviet Union. The Austro-Hungarian Empire ceased to exist, as a number of new countries emerged in the Balkans in addition to the new Austrian Republic, which wished to unite with Germany – a move prohibited by the victorious Allied Powers. The Ottoman Empire disintegrated and in its stead the New Turkish Republic arose, in addition to a number of other new entities, including the areas of the Mandate in the Middle East. Imperial Germany became the Weimar Republic and lost considerable parts of its territory in the East and West. The great monarchies disappeared, and in many places significant steps were taken towards the adoption of democratic methods of governance.

Jews served on all sides as citizens of the countries in which they lived. German Jews were drafted to the Kaiser’s Army in August 1914, generally with the same enthusiasm as their non-Jewish neighbors.

Some 100,000 Jewish soldiers fought in the ranks of the German army, approximately 12,000 of whom died on the battlefield. In 1916, anti-Semitic officers, who believed that most of the Jews would attempt to secure safe jobs behind the front lines, demanded a “Jewish census” in order to prove their claim. The results were not published until the end of the war, leaving room for speculation regarding the reasons for such secrecy.

After the war ended, discussion of the topic continued as the reputation of Germany’s Jewish population continued to be slandered. As a result of the anti-Semitic accusations and due to the fact that Jews were not approved to become members in “The Steel Helmet” (Stahlhelm) veterans’ organization, Jewish veterans established their own organization, “The Reich Federation of Jewish Front Soldiers” (Reichsbund jüdischer Frontsoldaten). The “Jewish census” affair made it painfully clear to Jewish soldiers to what extent anti-Semitic sentiment was still deeply rooted among broad segments of the German population. The trend continued in full force and anti-Semitism grew steadily, if somewhat surprisingly, during the years of the democratic Weimar Republic (see Part II of the exhibition).

At the outbreak of the “Great War”, Germany was considered a political, economic, scientific and cultural superpower. The German language was regarded as “the language of culture”, mainly in Northern and Eastern Europe, and German universities were considered the best in the world. To a great extent, German scholars and thinkers determined the agenda for scientific, cultural and philosophical discourse. Yet ultimately, the actions of German soldiers on the battlefield, the tremendous destruction witnessed by the German populace and the country’s overwhelming defeat robbed Germany of much of its radiance, and damaged its standing on many fronts.