Before and After the Holocaust: The Life of a Jewish Doctor in Niš

Home > Gesher L’Europa > Before and After the Holocaust: The Life of a Jewish Doctor in Niš
Diaspora

Rare documents shed light on the life of Isak Albahari, who served as a military doctor during the war that claimed the lives of his wife and children. 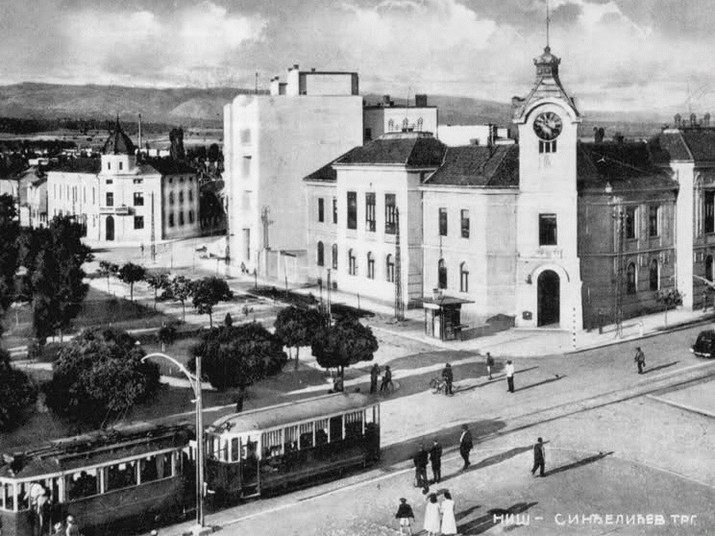 Image of the Niš tram. From the City of Niš.

Isak Albahari was born on Jun 19th, 1904 in a small town called Smederevo, to loving parents, Danilo and Eliza Nee Levi. Isak graduated from Medical school in Zagreb in 1931 and, after finishing his residency at the General State Hospital in Belgrade, he married Berta Pinto. In 1935, their first son, Danilo, was born and one year later Isak Albahari was moved with his family to Niš, the third largest city in Serbia, to open his medical practice. It was there that their second son, Benjamin, was born 1938.

The Jewish population in Niš at the time included 350 citizens with permanent residence, 51 with temporary residence and 155 immigrants for a total of 556 Jews.

With the start of World War II, life changed drastically for the Albahari family and for the entire Jewish population of Niš. The first Nazi concentration camp in the occupied Kingdom of Yugoslavia was set up in Niš. Most of the Jews in the city were killed in that camp or were transported to the Sajmište concentration camp that was intended specifically for Jewish women, children and old men.

In 1941, Isak was drafted into Yugoslav army as a military doctor and after Yugoslavia surrendered to the Axis forces, he was sent to a military camp in Germany. In early 1945 he returned to Belgrade to find that his wife and two sons had been killed in the Sajmište concentration camp in 1942. He appears in the records as having reported their deaths to the authorities.

During his time in Belgrade after the war, Isak met a woman who shared a similar life story. Mara was from Zagreb, Croatia and had been married to an Ashkenazi Jew who was killed by the Nazis at the start of the war. She managed to survive along with her two sons by hiding in different Serbian villages for four years. With the conclusion of the war, she traveled to Belgrade together with her sons to start a new life. Unfortunately, along the way, both of her sons were killed in a train accident. It was soon after this horrible tragedy that she met Isak Albahari and began her healing process.

In October 1945 they moved together to Peć, a small town in the South of Serbia, where Isak resumed his medical practice and together they started a family. They had two children, a son, and a daughter. Their son, David Albahari, was born in 1948 and grew up to become one of the best and most renowned Serbian writers alive today.

Doctor Isak Albahari died in 1981. He was buried in Sephardic cemetery in Belgrade.