Spotted Off the Shores of the Holy Land: The Little Mermaid

Home > Maps > Spotted Off the Shores of the Holy Land: The Little Mermaid
Land of Israel

Mermaids, sea monsters and all sorts of fantastic creatures were a common feature of ancient maps 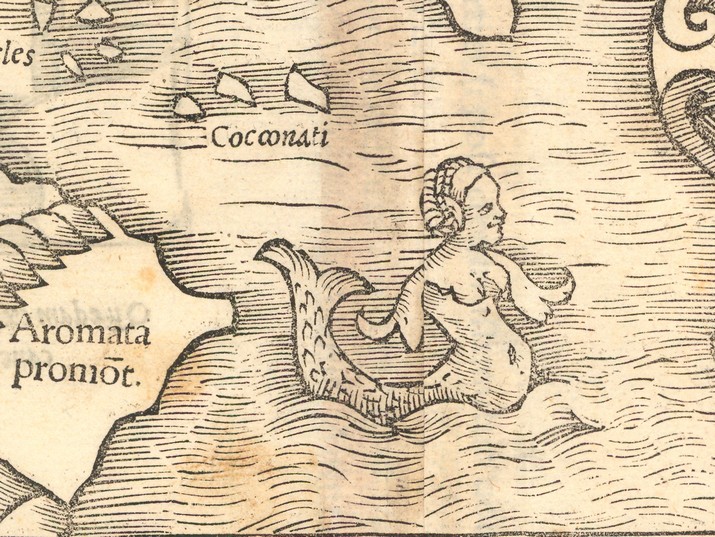 When examining ancient maps of different kinds, a recurring theme will often catch the eye.

As oceans and seas naturally occupy large, expansive areas of maps, we find that illustrators tend to fill these spaces with interesting drawings of a rather imaginative nature. Sea monsters are a popular theme, as are ships. But, another exotic sea creature of a different sort is often the subject of these oceanic map illustrations – mermaids.

Mermaids feature in a number of ancient maps preserved in the Eran Laor Cartographic Collection at the National Library of Israel. On Sebastian Münster’s 1572 map of the Asian continent, you can spot a mermaid with a sloping fin-tail splashing in the waters south of Indonesia, not far from a fairly ordinary looking sea monster. 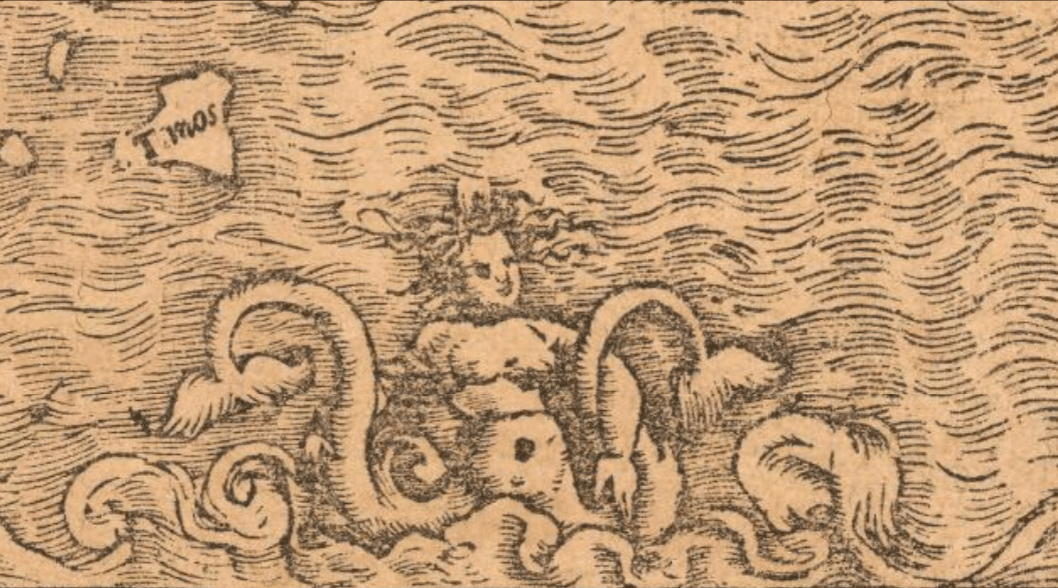 In this map of the Arabian Peninsula created by Ptolemy and printed in Basel in 1545, we can see a mermaid swimming in the Gulf of Aden. She is depicted with a crown-like braid, a style popular with high-born maidens of the Renaissance-era, and she has wings or fins instead of arms. 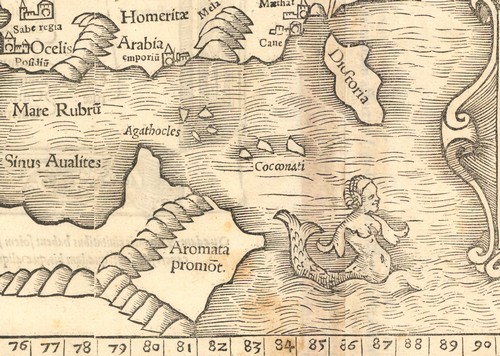 Even in the famous Bünting Clover Leaf Map, which depicts Jerusalem as the center of the world, we can see a mermaid bathing in the eastern oceans as a merman gazes at her with keen interest. 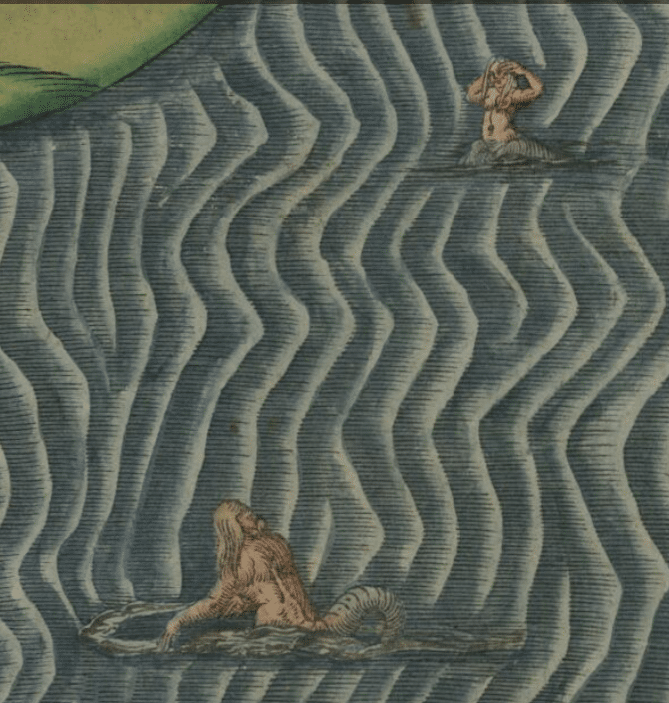 Indeed, here at the National Library of Israel, we need not look far to find these aquatic creatures – In 1722 Edward Wells created a map which displayed how the land of Canaan was divided up among the twelve tribes of Israel. Here as well, you can see a mermaid leaning against the frame of the title, her infant mer-child clinging on to her. This touching scene takes place right off the coast of the city of Acre (Akko). 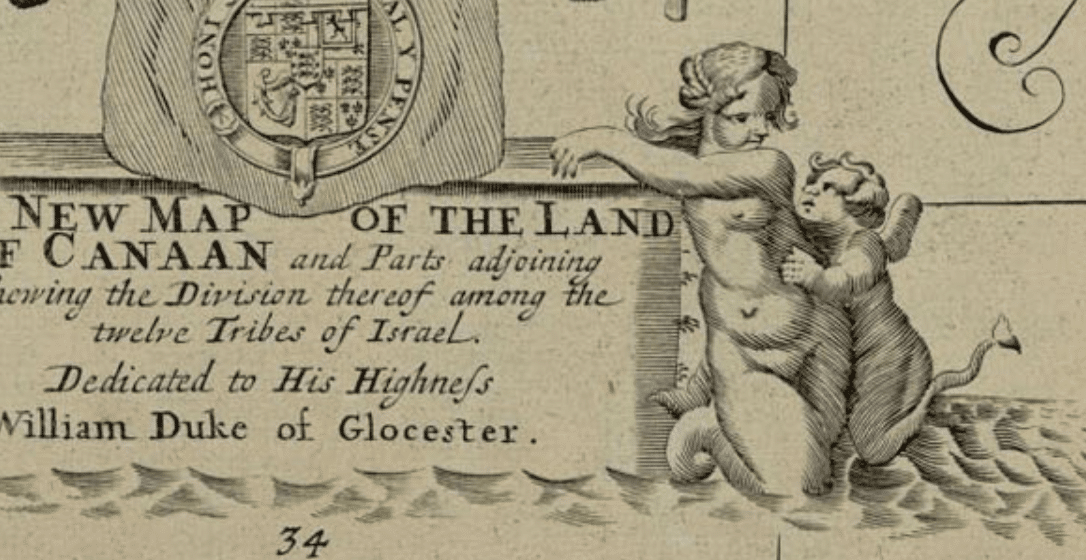 It seems these aquatic creatures could be found all over the world, so long as those spotting them used a little bit of imagination!