Who Are the Jews Depicted in These Holocaust-Era Portraits?

Home > The Holocaust > Who Are the Jews Depicted in These Holocaust-Era Portraits?
Diaspora

“These were powerful images I saw – to give form to all that misery – to show it to the world – this was always my intent”. The artist David Friedmann produced hundreds of portraits during the time of the Nazi occupation in Prague. Surviving are only ninety-four portraits of members of the Prague Jewish Community from the years 1940-1941. Yet numerous subjects depicted in these artworks remain unidentified to this day. Can you help us solve this mystery? 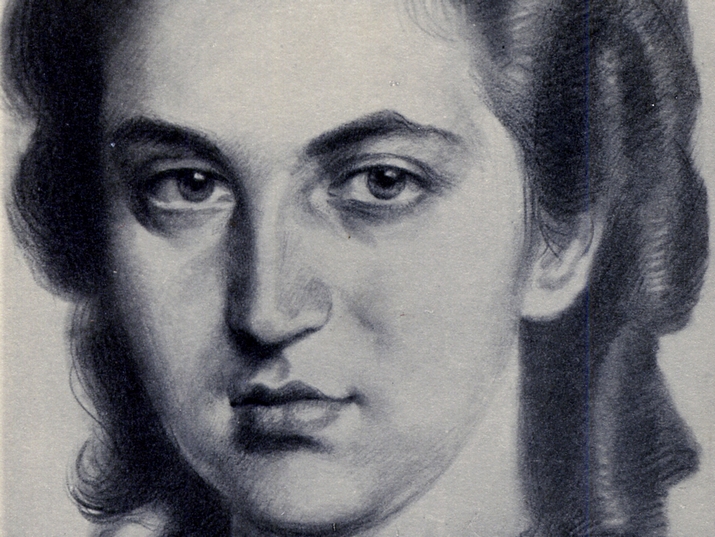 A charcoal portrait drawing of an unknown subject, from the Album of David Friedmann, donated to the Yad Vashem Art Museum

I was born in Israel in 1950, and named after my father’s first daughter.

In 1954, our family immigrated to America and settled in St. Louis, Missouri. I grew up immersed in the world of art and culture. One day my father took an album from the bookcase and there, at the dining room table, I learned more about his art and the great losses he endured during his life.

My father, David Friedman(n), was born December 20, 1893, in Mährisch Ostrau, Austria-Hungary, (Ostrava, Czechia). In 1911, he ventured to Berlin and studied etching with Hermann Struck and painting with Lovis Corinth. During WWI, he served in the Austro-Hungarian Army as a battle artist and returned to his Berlin studio after the war. He achieved acclaim for his portraits drawn from life and became a leading press artist of the 1920s, sketching hundreds of cultural icons such as Albert Einstein and Max Brod.

The Nazi regime abruptly upended his flourishing career in 1933. Friedmann fled to Prague in 1938, with his wife Mathilde and infant daughter Mirjam Helene, escaping the Nazis with only his artistic talent as a means to survive. The Gestapo looted his oeuvre left behind in Berlin. In Prague, my father worked as an artist again, making it known he wished to produce an album. He received orders for portraits and sketched the leaders of the Jewish Community and officials of the Palestine Office, many of them prominent Zionists, later murdered in Auschwitz.

In 1941, David Friedmann was deported to the Lodz Ghetto with his family, and the Nazi authorities once again looted his works. He continued to depict human fate in his art, as a prisoner in the Lodz Ghetto, in the Auschwitz subcamp Gleiwitz I, and as a survivor. His wife and daughter were murdered.

Liberated at the age of 51, Friedmann believed he lived for a reason, as noted in his 1945 postwar diary [in German]:

“These were powerful images I saw – to give form to all that misery – to show it to the world – this was always my intent.”

The art series was titled, “Because They Were Jews!” In 1948, in Prague, Friedmann wed Hildegard Taussig (1921-1989) a survivor of Theresienstadt, Auschwitz and Christianstadt. High-ranking military officers wanted his artwork for Prague’s War Museum. Defying an export prohibition, the couple fled communist Czechoslovakia to Israel in 1949, thus saving his artwork, albums, and historical documents.

The album my father showed me many years ago contains 50 postcard-size portrait prints and photos amid other works produced throughout his life. Among the subjects are Jakob Edelstein, Dr. Franz Weidmann and Fredy Hirsch, but many are still nameless today. The serious faces reflect the stress of persecution and an uncertain future. I was captivated. At my request, my father entrusted this treasure to me at the age of 22 years. I wondered how he could part with the album, a profound piece of his past and the people he had sketched and befriended.

My father added names and captions to numerous portraits — invaluable clues for the task ahead — to identify and learn the fate of each subject — and reconstruct the story. Thus began a decades-long project in 1994. I shared the portraits worldwide and several subjects were recognized by survivors.

Portraits were discovered at the National Museum and Jewish Museum in Prague, Beit Terezin in Israel, as well as in private collections. At the National Museum theater department, three identical postcard-size portraits of František Zelenka awaited me. The fourth is displayed in my father’s album along with duplicates of Dr. Leo Kraus and Viktor Popper. I wondered what was the significance of the identical duplicate portraits. The story continued to unfold.

Thirty-six postcard-size portraits surfaced at Beit Terezin. Among this collection are Franz Kahn, Leo Janowitz, and Otto Zucker. Seven portraits were identical to those displayed in my father’s album: Hans Löw, Stefan Pollak, Rudolf Leipen, Wally Bloch, Ernst Jelinek, Viktor Popper and Hannah Steiner. However, the Eureka moment was Elly Eisinger. The Jewish Museum holds the original pen-and-ink drawings on tracing paper mounted on paper of Eisinger and Weidmann. Somehow the larger originals were used by my father to produce his smaller-sized prints.

Numerous portraits have dedications handwritten on the reverse side to Dr. Leo Kraus, the law department head of the Palestine Office in Prague. However, the Beit Terezin archive did not have the Kraus portrait or evidence he was the donor. Kraus was interviewed by Beit Terezin. At 98 years, he had no recollection of the portraits, but remembered the artist. It is still a mystery how the collection survived, but the provocative question remains – who donated the portraits to Beit Theresienstadt?

I contacted Dorit Gan-Mor, Kraus’ daughter, who searched among her father’s books and discovered his postcard-sized portrait, as well as Dr. Kurt Heller and Dr. Ruth Hoffe. I saw the identical Hoffe portrait print in the collection of Judita Chudy. Then, as fate would have it, the original charcoal pencil drawing of Hoffe emerged at the Jewish Museum. His tracings were made “after” the completion of the larger, original portrait drawing. To summarize: The drawings of Weidmann, Eisinger and Hoffe, are evidence they were used to produce the smaller postcard-size versions with the subject and artist signatures as part of the print. The portraits were ordered in multiples and exchanged between colleagues and friends, often with dedications on the reverse side.

Help Us Identify the Subjects – Can You Decipher These Signatures?

One of the starkest traumas of the Holocaust — people not only lost their lives, but also traces of their existence. A portrait may be the only image to remain of the victim.

Impeding a successful search are subjects who signed only their surname, eg., Batscha, Adler, and those with common names like Otto Löwy. Even if the signature is legible, one cannot always confirm the identity. In the case of the two victims pictured below, the signatures are unreadable, even among Czech and German friends. Klara is the only subject with a real smile, but only her first name warrants a guess. The second portrait reads D. or Dr. Hermann. Subjects lacking a positive match despite signing a complete name are Hans Kaminsky and Fritz Löwenstein. The ID photo is imperative for comparison. However, the complete name is necessary to search databases, testimony, documents, and deportation lists. Ninety-four meticulously portrayed subjects by David Friedmann are known to have survived.

The portraits are a testament to the enormous loss of lives, creative potential and accomplishments of the Jewish victims. The expressions he chose, his ability to capture emotions, the attitude of his line, all show us his thoughts. The portraits give face to numerous known and unknown victims — historically significant evidence of a dynamic Jewish community destroyed by the Nazi regime. Additional portraits could still be in private collections.

The charcoal drawings below were not signed by the subject because the portraits were not intended for prints.

I donated my father’s album to the Yad Vashem Art Museum in Jerusalem. My journey’s reward is the recognition of my father’s work as a valuable resource and contribution to Holocaust history, as well as the preservation of his portraits for future generations.

If you have information regarding the identities of the unknown subjects in the portraits above, please contact: [email protected]. For more about David Friedmann, please visit: www.davidfriedmann.org or the “David Friedmann—Artist As Witness” Facebook page.

This article is based on a version titled, David Friedman Portraits of the Prague Jewish Community 1940-1941: A Timestamp in History During the Nazi Occupation, originally appearing in “Dapei Kesher,” the Beit Theresienstadt Newsletter.

A new Holocaust documentary, “Dear Miriam – The Art and Survival of David Friedmann”, by Emmy Award Winner John Rokosny, is currently in production.

The Nazis Failed to Destroy the Artist David Friedmann

The Chess Master Portraits That Escaped the Holocaust