The Jewish Model from Tunisia

A rabbi, a moneychanger and a goldsmith meet in a German photography studio in the early 20th century. No, this is not the opening line of a joke. It is the beginning of a mystery, since all three characters are in fact the same person 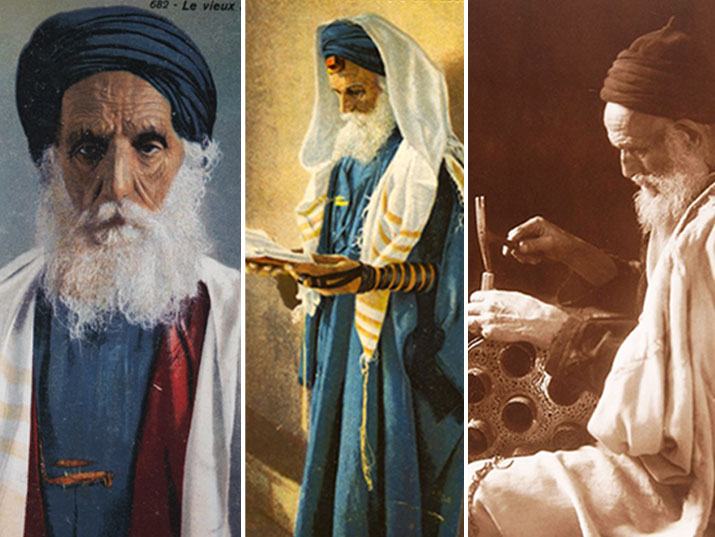 Lehnert crisscrossed the deserts, capturing with his camera the landscapes, sights and people, especially the women, of North Africa. The printed photographs in various techniques made their way from North Africa to places around the world. And the world, it seems, fell under the exotic charm of Tunisia. Later, because of World War II, the two moved to Egypt and documented it as well, before eventually returning to their beloved Tunisia.

This article focuses on a number of these postcards which have ended up in the collections of the National Library of Israel.

While documenting the sights of Tunisia, Lehnert also encountered local Jews, whose different dress and unusual customs must have fascinated him and his clientele. He immortalized Tunisian Jewry with his camera, particularly the community’s customs and its women. However, a closer look reveals that one endearing Jew starred in many of the photos, becoming a sort of “in-house model” for the studio.

In a postcard from 1904 featuring the title “Rabbi,” we see the man photographed for the first time in the guise of a rabbi carefully studying the page of a book (possibly a Talmud):

The next year, the studio produced another postcard, also titled “Rabbi.”

Here he is again, this time wrapped in a tallit and tefillin reciting the morning prayers in a postcard labeled “Rabbi praying.”

Another postcard from 1905 adds a twist to the plot: the “rabbi” has suddenly become a Tunisian moneychanger.

And here again as the familiar figure of the old rabbi.  This time he looks straight at the camera.

Perhaps our rabbi /moneychanger is in fact a goldsmith? 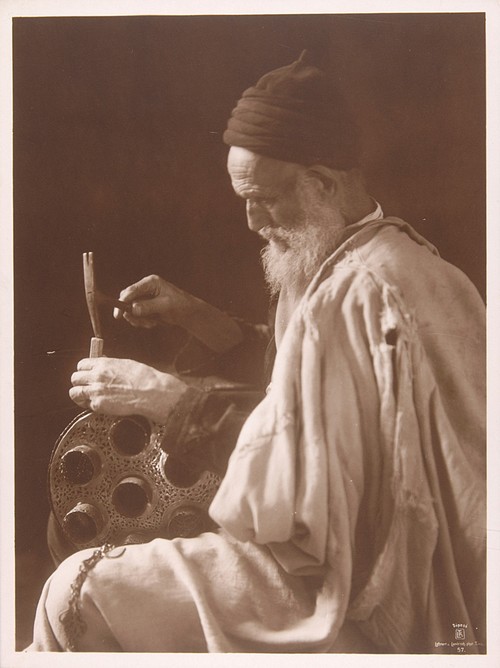 So who is the mysterious Jewish model in all these photographs, whom the two European photographers obviously found so appealing?

After this article was originally published in Hebrew, one of our Facebook followers, Victor Cohen, told us that this mysterious man is none other than Rabbi Yehuda Zeitoun from the city of Monastir in Tunisia. Cohen, a great-grandson of Rabbi Zeitoun, says that among his many occupations, the rabbi was also a goldsmith, merchant, mohel and a reciter of liturgical poetry. If so, it turns out, the various photographs simply document the rabbi’s varied pursuits. Cohen notes that Rabbi Zeitoun’s son, Rabbi Hai ben Yehuda Zeitoun, was the chief rabbi of the city of Sfax and was even awarded a medal for his work from the ruler of Tunisia.

In any case, the face of this accomplished multi-talented person became a representation of the figure of the North African Jew across large parts of the world.