The Story of the Star of David

The six pointed star represents peace and harmony in Buddhism, while alchemists believed it symbolized nature—how did the Star of David acquire its significance in Judaism? 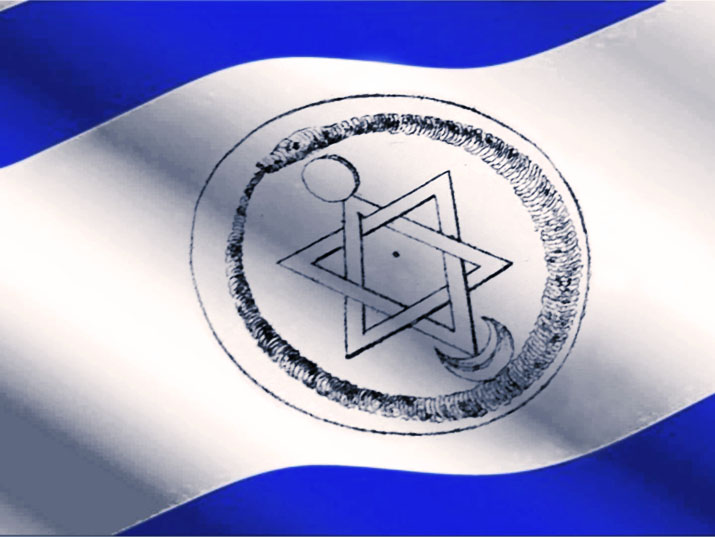 “Something of man’s secret enters into his symbols.”

The Star of David originated long before it was adopted by the Jewish faith and the Zionist movement; it appeared thousands of years ago in the cultures of the East, cultures that use it to this day. In the past, what we know today as the Star of David was a popular symbol in pagan traditions, as well as a decorative device used in first-century churches and even in Muslim culture.

But how is the Star of David tied to the fate of the Jewish people?

In the Hebrew context, the Star of David is actually referred to as the “Shield of David” (magen David), a phrase first mentioned in the Babylonian Talmud, not as a symbol, but as an epithet for God [Pesachim 117b]. Another link to the shield concept is a Jewish legend according to which the emblem decorated the shields of King David’s army; what’s more, even Rabbi Akiva chose the Star of David as the symbol of Bar-Kochba’s revolt against the Roman emperor Hadrian (Bar-Kochba’s name means “son of the star”).

The Star of David only became a distinctly Jewish symbol in the mid-14th century, when the Holy Roman Emperor Charles IV granted the Jews of Prague the right to carry a flag, and they chose the six-pointed star. From Prague, the use of the Star of David as an official Jewish symbol spread, and so began the movement to find Jewish sources that traced the symbol to the House of David.

On the other hand, the renowned Kabbalah scholar Gershom Scholem claimed that the Star of David does not originate in any way in Judaism. Though he noted the symbol was identified on a Jewish seal from the seventh century BCE found in Sidon, as well as in 3rd–4th century CE synagogue decorations, the star was found alongside other symbols that were known to not be of Jewish origin.

So where can we find representations of the hexagram (a six-pointed star) in other cultures?

The hexagram has been used in India for thousands of years, and can be found on ancient temples and in daily use; in Buddhism it is used as a meditation aid to achieve a sense of peace and harmony, and in Hinduism it is a symbol of the goddess Lakshmi—the goddess of fortune and material abundance.

Hexagrams abound in alchemy, the theory and study of materials from which the modern science of chemistry evolved. Magical symbols were commonplace in this ancient theory, and alchemists recruited the six-pointed star to their graphic language of signs and symbols: an upright triangle symbolized water, an inverted triangle symbolized fire, and together they described the harmony between the opposing elements. In alchemical literature, the hexagram also represents the “four elements”—the theory that all matter in the world is made up of the four elements: air, water, earth and fire—effectively, everything that exists. One could say that the star is the ultimate alchemical symbol.

Alchemy borrowed the idea from the classical Greek tradition that masculinity symbolizes wisdom, while femininity symbolizes nature; man is philosophy and woman is the physical world. The illustration below, which appears in an 18th century alchemical text, shows a man holding a lantern as he follows a woman holding a hexagram –  wisdom being the key that reveals the secrets of existence.

In Islam, the hexagram is referred to as the “Seal of Solomon,” and it adorns many mosques around the world. Until 1945, the emblem was also found on the Moroccan flag. It was changed to the five-pointed star (pentagram), when the six-pointed star became the emblem of the Zionist movement. The use of this symbol has diminished throughout the Islamic world for the same reason. The hexagram can also be found in medieval and early modern churches—although not as a Christian symbol, but as a decorative motif.

Despite its use in other cultures, the Star of David is emblazoned on the Israeli flag, and thus it is considered the undisputed symbol of the State of Israel, regardless of its origin. A symbol’s power ,after all,  is in the meaning we give to it.