The Haggadah's words were felt as KGB agents surrounded them. Later he would "celebrate" Passover in the Gulag 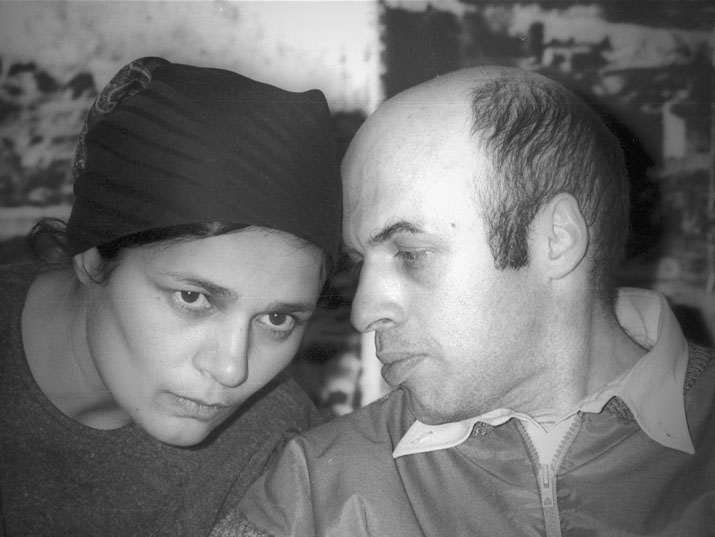 Natan and Avital Sharansky upon their arrival in Israel, 12 February 1986 (Photo: Israel Simionsky). From the Dan Hadani Archive, Pritzker Family National Photography Collection at the National Library of Israel

I was born into a completely assimilated Jewish family.

Nothing Jewish, except the anti-Semitism. No traditions, no holidays, no language.

At 24, I joined the Zionist movement. We struggled to free the Jews of the Soviet Union. As part of my Zionist activities, I began to learn Hebrew in secret, in an underground ulpan.

I celebrated the first Passover Seder of my life with my fiancé at the time, Avital (then Natasha), in Moscow. Three Hebrew teachers brought all of their students together for one big Seder in a Moscow apartment.

As we didn’t know Hebrew well enough to read from the Haggadah, the teachers gave each of us a short part to memorize. We didn’t understand many of the words, expressions or sentences, yet one line in particular we didn’t just understand… we felt:

“…ela sh’bkhol dor v’dor omdim aleinu l’khaloteinu” – “in each generation, they stand against us to destroy us…”

It was enough to simply look out the window and see the KGB agents surrounding the apartment to know that we ourselves were continuing the Exodus from Egypt.

And when we said, “L’shana ha’baa b’Yerushalayim!” – “Next year in Jerusalem!”, we believed and knew that just like the Israelites in Egypt, we too would live lives of freedom.

Before that freedom came, Avital and I would be separated from one another for twelve years.

For nine of them, I was in the Gulag.

I decided that the maror was salt, the wine was warm water, and the matzah was dry bread.

Recalling the lines I had learned for my first Seder, I felt that our struggle continued. It strengthened my spirit.

The Natan Sharansky Archive is safeguarded among the collections of the National Library of Israel in Jerusalem.