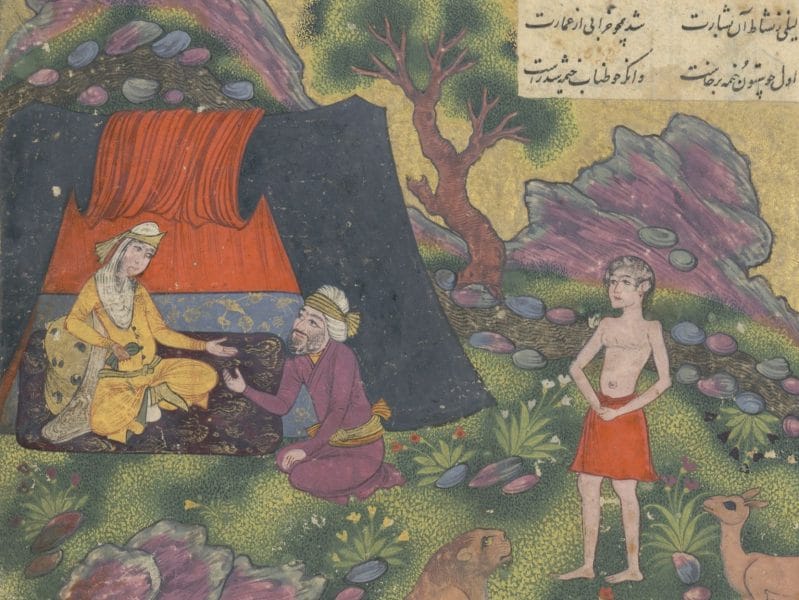 Layla and Majnūn, by the master Persian mystical poet, Nizāmī Ganjavī (d. 1209). The epic poem relates the tragic story of a young poet driven crazy (Ar., majnūn) by his forbidden love for Layla. Iranian ms from 1602.

In honor of Ramadan, the Library is holding an exhibition of rare and beautiful Islamic manuscripts, dating from the 10th through the 18th centuries.

Among the unique items exhibited is a miniature Qur’an from the 10th century; mystical poetry written in Jerusalem in 1362; a royal manuscript from the library of the Ottoman Sultan, commissioned by Hatice Sultan (1766-1821); a liturgical poem called “The Great Armor”, which is traditionally recited by Shi’ite Muslims during Ramadan; magnificently illustrated Persian poetry from the 17th century and much more.

Founded in 1924, the NLI’s Arabic and Islamic collection is the largest collection in Israel and one of the most important research collections in the Middle East.