“My Heart is Ripped to Shreds”: Sarah Aaronsohn’s Moving Letter

The letter from over a century ago in which Sarah Aaronsohn writes of the tragic death of her beloved friend, Avshalom Feinberg. 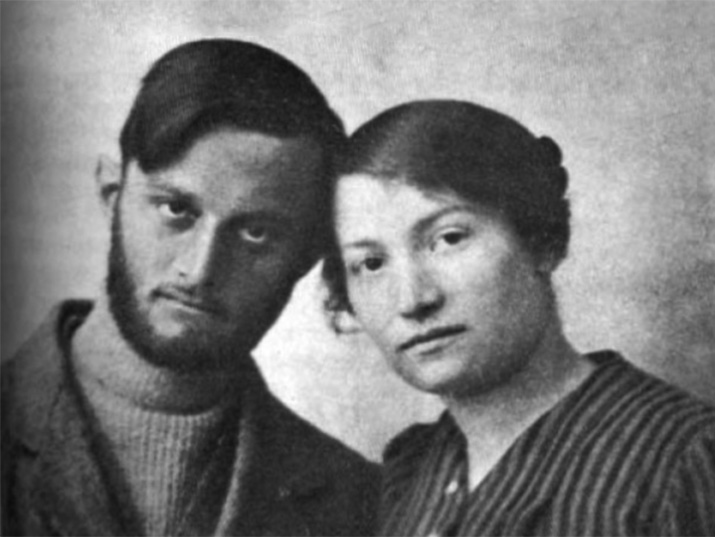 My dear Rivkati and Alex!

You cannot imagine, my beloved ones, how many times I have begun writing to you and stopped. I myself do not know why. I have a burning desire to speak to you and tell you many things, as we have not talked for many eons, but suddenly I feel some kind of opposition and do not write.

During my silence, which has lasted over a year and a half, we have experienced and undergone all kinds of happy events and also, or primarily, unhappy ones. But there is nothing that can be done, it seems this is the way of the world, not everything can happen together, and the suffering always overpowers the joyous occasions.

This is the beginning of Sarah Aaronsohn’s letter to her beloved siblings who were in America at the time, a letter written only a few short months before her death.

Sarah wrote the date on the Hebrew letter in French, which may have been to mark the historical connection to the French Bastille Day and the Jewish people in the Land of Israel’s dream of independence. Sarah, one of the heads of NILI – a Jewish underground espionage movement which worked in favor of the British and against Turkish rule in the Land of Israel – longed for that day and dedicated her life to it.

In her letter, Sarah sorrowfully relates the story of the death of Avshalom Feinberg, the founder of NILI, who she had a special relationship with and who was also engaged to her sister Rivka:

I wish to begin, and I do not know what to call the beginning, so I will begin with the first which is most beloved.

Regarding our dear Avshalom, I want to begin by telling you in detail what happened to him, because according to what I know from Rivka’s letter to Penina Levontin, you do not know any details about our deceased beloved one, and it is also so hard to talk about it because my heart is ripped to shreds, and because the sorrow is so extremely great and terrible.

My dear ones, you knew our Avshalom very well, and you knew how much the young man wanted to make contact with the English over the question of our Jews and Jewish matters, and you know that he arrived, and when he returned to the Land of Israel hoping for good and for success, the connection was suddenly cut off, no one knows why that happened.

Perhaps it is due to lack of trustworthiness of the people who go down to the beach and many other reasons, but when communication ceased, the beloved one suffered greatly, and began to look for ways to travel by land, if not by sea. And you are aware of his fate. His journey to the desert was solely a search for a way to meet up and to get close, he also went to Constantinople, and he was never able to rest and he chose the most dangerous ways, and even if people dared comment, it was of no use.

And one day he decided together with Aaron [Aaron Aaronsohn, Sarah’s brother and a fellow member of NILI], that Aaron would travel to Constantinople and attempt to continue from there and reach their destination. And that is what happened, and as you see, Aaron finally arrived, but it took a long time, the whole matter took 6 to eight months, and our beloved one lost patience and began once again to search for dangerous ways. Even though we pleaded with him, it was to no avail, as much as I begged him and showed him how dangerous the way is, and I saw in advance that he will lose his head in this manner, and it was impossible to deter him from his idea. My dear ones, our tragedy is too great to bear, and it is extremely intense and deep.

Sarah relates everything she knows about Feinberg’s death, expresses her personal pain, and attempts to comfort her younger sister Rivka, Avshalom’s fiancée:

And our dear one went out into the desert with another friend who liked to endanger himself, who is actually the head of a family… and they set out, and on the way they encountered a patrol of Bedouins who shot at them and pursued them, and the dear one fell dead, the other was only injured in three places, and after much effort he reached the English station, and they transferred him to Egypt, where he met up with Aaron, lay in hospital and recovered, and after he recovered Aaron sent him here to work and continue our holy mission, as he spilled his blood and gave up his young life for an idea which was incredibly holy to him.

The sacrifice is too great, and even if we were to be successful in our work, and the salvation of Israel should come through such a sacrifice, believe me my dear ones that I would not desire our dear sacrifice. But this seems to be the fate of those who have aspirations for their nation and their land, and in addition, the beloved one went of his own volition, wholeheartedly, and he know just how dangerous it was, no matter how much we talk and how many tears we shed, it will be insufficient to calm the heart, or satiate it, the suffering is very, very great, and why should I come and pour salt on your wounds.

My dear child Rivka, you must be more miserable and suffering much more than all of us, but I feel you and am here together with you suffering and crying about your sad fate. My child, you have no idea how much your beloved one and I connected during the time we were together, I was the only one with whom he could share what was on his heart, his thoughts and hopes, and I helped him a lot, I encouraged and strengthened him, and I am suffering very greatly from the tragedy. But can we come and complain before anyone? This is what our fate decreed for us, that we will not have the merit of seeing greatness and action from our dear one who aspired and suffered throughout his young life. But our constantly ongoing work will always serve as a reminder, and will be named after the beloved instigator, Avshalom. It will soon be six months since his death.

He passed away on the 20th of the month of January. Believe me my dear ones that I am talking and writing about his death, yet it is still unclear to me and it is impossible to become accustomed to his death. His family still know nothing, we do not want to tell them until after the war, as why should they suffer at a time when it is impossible to move or do anything.

Sarah, who coordinated all the NILI underground’s activities in Ottoman Palestine at the time, tells about the dangers and the hope. A month before she sent this letter, on June 4th, 1917, the French government published a memorandum which “considers it to be an act of justice and correction of a wrongdoing to assist the revival of the Hebrew nation in its land, which it was exiled from hundreds of years ago”. It could be that Sarah heard about this declaration and refers to it in the letter:

I have a large role in the work here, and if we have to endanger ourselves, my dear one, I think not of it. The work is dear and holy to me, you must understand. If our dear one would have been able to hear the good news, that we were promised the Land of Israel, what would he not do in sheer joy? And we have merited to see it due to his idea and his head which he endangered.

Later in the letter, Sarah describes the dismal condition of the “Station for Agricultural Experiments in Atlit”, the life work of the agronomist Aaron Aaronsohn, a place for agricultural experiments as well as the location the NILI spy network operated from. Sarah Aaronsohn also describes the wretched condition of the Jewish settlement in the Land of Israel at the time under the yoke of Turkish rule:

You are certainly aware of the situation of the deportation of our Jews from Jaffa, their poverty and suffering are inconceivable. Hundreds and thousands of people were simply taken and destroyed to their very core, and people who did not know what aid was and who lived like princes, now need help. The poverty in the cities of Jerusalem, Tiberius and Safed is also horrendous.

It is impossible to comprehend what has happened in Israel. The produce this year was also very poor. The winter crop was completely unsuccessful, and there are those who claim that the hunger will be terrible this year. And now, my dear ones, regarding the station.

We have not received a penny from there for over two years, at a time when other institutions received money from outside of Israel and we did not receive a penny, it therefore seems that they simply decided not to believe in the station… the only thing is for you to take action with publicity in order to send us money, money, because in such a time money is crucial.

Sarah ends the letter with a request from Rivka and Alexander to lobby the Americans and to try to raise money for the station, she adds words of encouragement to her beloved ones and signs: “Farewell, your Sarah”.

Farewell to you and warm kisses, and greetings to all the American friends with a request to work more and more for the station, paint the situation to be as bleak as possible, it will not be worse than the truth.

And you my children, and especially Rivka, keep strong, because your friend and beloved fell like one of the heroes, in his hope to save his nation and his land, we can be proud of such a friend, and we must bear the tragedy silently.

Warm kisses and make an effort my dear ones,

Only a few months after this letter was sent, in early October 1917, Sarah Aaronsohn was captured by the Turks and brutally tortured. She eventually shot herself to prevent them from extracting information from her about the underground, its activities and members in further interrogations. She hovered between life and death for three days until her soul departed.

Less than a month later, on November 2nd of the same year, the British foreign minister, Lord Arthur James Balfour sent Lord Walter Rothschild the famous declaration according to which “His Majesty’s government view with favor the establishment in Palestine of a national home for the Jewish people”. Sarah Aaronsohn, who was so close to this moment, did not see it. A century has passed since her death, and the death of her beloved, Avshalom Feinberg.

Thanks to Dr. Gil Weissblei for his assistance in research for the article.