A recently discovered manuscript documents the first 130 years of the Portuguese Inquisition’s tribunals, mainly in Lisbon. Recorded on the pages are trials conducted by inquisitors and others against newly converted Christians accused of continuing to practice Judaism in secret… 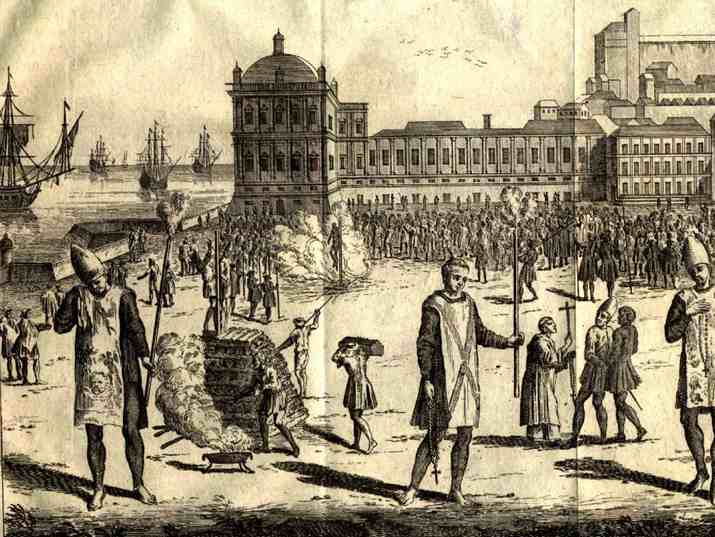 In 2020, the Portuguese Parliament declared March 31 to be the official Memorial Day for the Victims of the Inquisition. This unprecedented initiative by the parliament in Lisbon is indicative of the government of Portugal’s desire to acknowledge the historical trauma of the many that were tortured or punished over the years by the monarchy and the Inquisition.

In 1536, at the request of King John (João) III of Portugal, the Catholic Church initiated the Inquisition following a mass influx into the country of anusim (Jews who had been forced to convert) who had fled the Spanish Inquisition. The forced conversions and persecution by the Inquisition tribunals brutally cut off hundreds of thousands of Jews from their religion, although the exact number of Jewish victims is unknown. The Portuguese Inquisition included particularly cruel punishments often carried out before large crowds that gathered to watch autos-da-fé (public penance rituals for heretics and non-believers). Trials ceased after about 250 years, although Portugal’s Inquisition was only officially abolished in 1821.

The Central Archives for the History of the Jewish People at the National Library of Israel have revealed a manuscript from the 18th century comprising about 60 pages documenting the first 130 years of the Inquisition tribunal’s activity, mainly in Lisbon. These pages document the trials conducted by inquisitors and others, who often questioned whole families of converts accused of continuing to practice Judaism in secret.

Evidence of the tribunals in Lisbon leaps from the pages of the bound manuscript discovered by the Central Archives. Entitled Memoria de todos os autos da fé que setem feito em Lisboa (“An Accounting of All the Autos-da-Fé that Took Place in Lisbon”), it includes dozens of pages in Portuguese succinctly documenting the autos-da-fé held in the Portuguese capital between the years 1540–1669, with a brief mention of trials that took place in the city of Tomar. Next to the exact dates and locations of the trials the manuscript cites the names of the priests who delivered the sermons. The sermons served as a means of encouraging religious discipline among the Christian masses and were a significant part of the trial, so much so that they were later printed and disseminated separately as a further form of commemoration.

The manuscript also contains the numbers of men and women accused of heresy and cites the amount of people burned at the stake. Among those prosecuted were “New Christians” accused of “Judaizing.” Yet, it appears from the recently discovered pages that religious practice was not the only reason for the persecutions. “Old Christians”’ (defendants who came from families without any Jewish background) were convicted of sodomy, bigamy, possession of forbidden books, and sacrilege. The punishment mentioned in the pages is exile aboard “a galley ship”, essentially meaning slave labor.

It should be noted that over the centuries, most of the anusim in Portugal abandoned any sign of their Jewish roots that might betray them—circumcision, immersion in the mikvah, and the observance of Jewish holidays. Some, however, continued to observe Jewish rituals in their homes in secret, or commemorate holidays, often a number of days after the actual date. For example, to confuse the inquisitors, some would secretly celebrate Yom Kippur and Passover belatedly, or light Shabbat candles inside pottery vessels to conceal the flames. Children under the age of 12 were not permitted to attend these clandestine religious ceremonies in order to keep them from revealing secrets that might betray their families.

These discoveries shed light on the realities of a complex chapter of Jewish history as well as on the devotion of Iberian Jewry to the observance of religious precepts, even in the direst of times.

and here for more on a related item