That Time the Pope Approved the Talmud

Today, 500 years ago, Pope Leo X approved the printing of the first complete edition of the Babylonian Talmud. 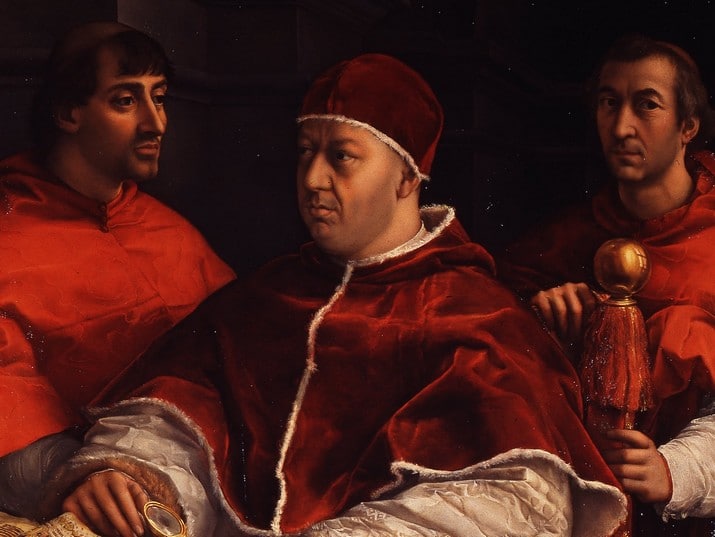 A recently discovered document from the René Braginsky Collection in Zurich tells the story behind the first press-printed edition of the Talmud, the Bomberg Talmud (1519-1522).

The newly discovered document demonstrates that on April 13th 1518, exactly five hundred years ago, Daniel Bomberg, the Christian printer, received the license, the official Privilege from Pope Leo X to print this first edition of the Talmud in Venice.

There was, however, a bit of a snag in the plan since this Privilege given to Bomberg by the Pope was on condition that the edition would be accompanied by the polemic work of the convert Felix Pratensis which was aimed at refuting the perceived Talmudic opposition to Jesus and Christianity. 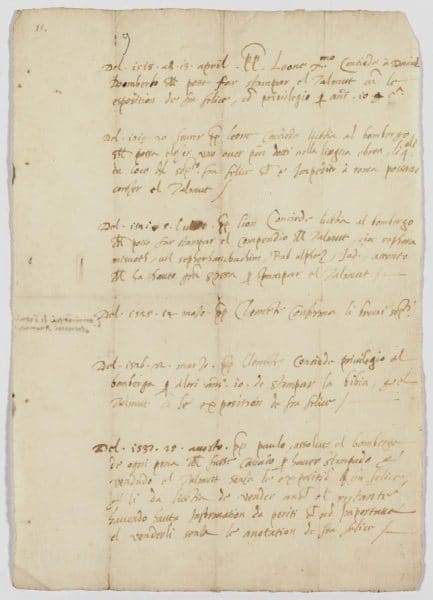 Historical evidence, or the lack thereof, makes it difficult to trace Bomberg’s actions following this demand, but it is obvious that the experienced printer understood the consequences of pairing a Christian-apologist treatise with the Talmud would alienate potential buyers. It is likely that Bomberg asked his friend and Hebrew teacher, that very same convert, Felix Pratensis, to beg the Pope to cancel the condition.

In a renewed privilege dated February 20, 1519, the Pope removed the requirement that the treatise be included, and instead Leo X allowed Bomberg to assign Christian Hebrew-readers to amend the Talmud’s text.

This saga would likely not have gotten any attention were it not for the fact that the Bomberg Talmud became a best seller and took the Jewish world by storm. After the publication of this edition, the following printings of the Talmud consistently copied the Bomberg’s pagination and layout: The talmudic text in the center, surrounded by Rashi’s commentary on the inside and that of the Tosafists on the outside.

The above is based on Angelo Piattelli’s lecture presented at the Schocken Institute in Jerusalem in early April 2018.